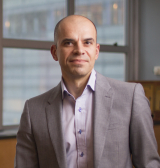 Background
Acute lymphoblastic leukemia (ALL) is the most common type of childhood cancer with more than 3,000 children/adolescents under the age of 20 diagnosed with ALL each year in the United States. It mostly afflicts children between the ages 3 and 5. ALL is a disease that affects a type of white blood cells called lymphocytes that help the body fight infection and disease. ALL is characterized by the presence of a large number of immature/non-functional lymphocytes which accumulate in the liver, spleen, bone marrow and lymph nodes. The current treatments of ALL include chemotherapy, radiation therapy, stem cell transplant, targeted therapy and, more recently, immunotherapy available only for B cell ALL (B-ALL). In spite of these treatment options, children with ALL continue to have dismal prognosis, especially the ones that relapse, due to the absence of targeted therapies. Better targeted therapies that target leukemic cells without harming normal cells are the need of the hour.

Project Goal
We aim to evaluate a new class of target molecules, called long non-coding RNA, as both prognostic and therapeutic candidates in ALL. Our initial analysis predicts that these long non-coding RNA molecules show exquisite specificity amongst the distinct types of ALL and this aspect could be exploited for better diagnosis and targeted therapy of children affected by ALL.

Project Update - June 2, 2020
The role of long non-coding RNAs (lncRNA) and RNA-binding proteins (RBPs) in human cancer emerge as one of the most exciting areas of study. Indeed, recent large-scale RNA and DNA sequencing efforts have revealed an unprecedented amount of transcription in extragenic regions, suggesting the presence of thousands of lncRNAs in the human genome. Also, our genome contains a large number of known and putative RBPs that remain largely unknown. Using funding from ALSF this year, we focused initially on a lncRNA that can control metastasis on human pediatric leukemia. We found that through its interaction with RBPs, this RNA controls the expression of a key regulation of cancer metastasis, the chemokine receptor CXCR4. Current work aims at targeting this lncRNA with the hope that one can directly target metastasis and survival of leukemia cells. Moreover, we have started performing large screenings, testing the importance of RBPs in pediatric T cell leukemia (T-ALL). We have already identified DDX3X as a gene essential for the growth of T-ALL cells that are also expressed in high levels in T-ALL patient samples. As DDX3X is an enzyme, we will design chemical inhibitors that could suppress its activity in this aggressive pediatric disease.