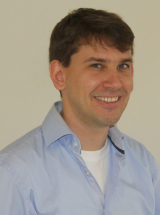 Neuroblastoma (NB) is a pediatric cancer that forms during the development of the nervous system. In very young children and in early stage of NB, the tumor frequently regresses spontaneously, or in certain cases surgical removal and minimal treatment are sufficient. However, the treatment of advanced stage of NB and NB in older children is extremely difficult because children are often diagnosed only after metastases are widespread. In advanced stages, NB has a very poor prognosis with a survival rate of only 10-40%. This poor prognosis and the severe physical and emotional suffering it inflicts make finding effective treatments for the disease essential.

One of the most striking indicators of a poor prognosis is the abundance of the protein MYCN, which regulates many processes that contribute to the cancer's severity. We have found that tumor cells with high levels of MYCN express increased levels of the calcium channel TRPM7. Calcium channels are so important because calcium is a major regulator of cancer cell growth and migration (e.g., metastasis). MYCN regulates this channel not directly but through another metabolic enzyme called Ornithine Decarboxylase (ODC), which is known to contribute to NB malignancy. The molecular mechanism remains to be elucidated.

My first specific aim will focus on revealing how TRPM7 expression and activity is regulated by MYCN/ODC. In a second approach I will use pharmacological inhibitors of TRPM7 to reduce malignancy and will establish TRPM7 as a marker for advanced stage NB.The proposed research will further new strategies for treatment of pediatric NB, a cancer that has eluded effective treatment.

"The Young Investigator Award is such a wonderful opportunity to gain independence at an early stage as a young scientist. I am excited about investigating the impact of calcium signaling on malignant progression of Neuroblastoma which will hopefully lead to the discovery of novel targets for treatment." ~ Ingo Koomoa-Lange, PhD