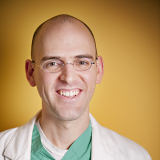 Background
Every cell generates and consumes energy to perform its functions. This is termed metabolism.

One intermediate step in sugar metabolism is a molecule called lactate. Traditionally, lactate was considered only a by-product of metabolism in tissues with low oxygen levels. This view was overturned when scientists learned that some cells with normal oxygen levels intentionally produce lactate and others consume it as a preferred fuel.

Cancer cell metabolism is a growing field of study. The traditional view of cancer cell metabolism emphasized the inefficient consumption of sugar and the production of excess lactate. This view is now challenged by data showing that some cancer cells instead use lactate as a fuel. Further, we now know that lactate also functions as a signal, driving vessel ingrowth into tumors. What is needed is a model system in which we can test lactate metabolism in a living tumor.

Project Goal
Alveolar soft part sarcoma is a deadly cancer that typically arises in the limbs of adolescents or young adults. It is deadly because it spreads to distant sites of the body and is then resistant to all available treatments. The young victims of this disease need better treatment options. Alveolar soft part sarcoma demonstrates signs of dependence on lactate metabolism.

With a new model of this disease, we hope to investigate its metabolism as a means of finding novel treatment approaches. If our hypothesis is correct, an entire new avenue of treatment options opens not only for this particular tumor, but for cancer more generally.

The Alex's Lemonade Stand Foundation 'A' Award funded our lab to develop the only existing model of a rare, but deadly kind of adolescent cancer, called alveolar soft part sarcoma, often called by its acronym, ASPS, because the name is such a mouthful. This model proved by its very development that ASPS is really driven by a single gene change in a cell that will become the cancer, as the introduction of this gene change into a mouse caused development of identical tumors. Further, the model offers a regular source of cancer tissues for study (which were hard to gather given the rarity of ASPS in any single medical center) and a platform for testing treatments. One result of the study enabled by this model has been the beginning of peek into how this single gene change that drives ASPS formation accomplishes such a massive shift in the biology of that initiating cell. The single gene change produces a new protein that does not exist in regular cells.  That protein then sticks to and controls the activity of thousands of genes within the tumor cell.  We have now identified a precise list of those secondarily controlled genes and can begin to work out not only how they move the cell toward the cancerous state, but also what machinery that new protein repurposes to control them.