A Role for Notch in Self-renewal in Embryonal Rhabdomyosarcoma 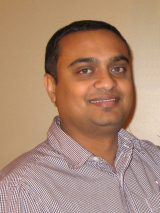 Tumor relapse is the major clinical problem facing patients diagnosed with embryonal rhabdomyosarcoma (ERMS), a childhood malignancy of the muscle. Sadly, greater than 50% of patients with relapsed RMS will ultimately succumb to their disease. Recent advances in DNA sequencing technologies have identified a common spectrum of genetic changes that are associated with different types of tumors, although only a subset are present among individual patients. This variation likely results in different responses to drug treatments. Therefore, rational drug design must identify the core genes or pathways affected in rhabdomyosarcoma and match treatments to patient specific alterations. The Notch pathway is a major player affecting both muscle stem cell growth and the ability of precursors to form functional muscle. Not surprisingly, the Notch pathway components are highly expressed in human ERMS compared to differentiated, normal muscle, however a role for Notch in driving tumor growth at relapse is currently unknown. My recent experiments have uncovered that Notch pathway activation collaborates with RAS to increase the numbers of cancer stem cells and increases the propensity for relapse 25-fold in a zebrafish model of ERMS.

Through my 'A' Award, I propose to assess a role for Notch signaling in regulating self-renewal in human ERMS patient derived cells, ERMS cancer cell lines and animal models -- with the ultimate goal of identifying drug targets for this devastating disease. A unique feature of this research is the ability to directly visualize under a microscope in live animals the effect of Notch on cancer stem cell biology.

We spoke with April 2014 Featured Researcher Dr. Ignatius about his recent 'A' Award Grant from ALSF.

What were you initially studying with your grant funded by ALSF?
Intitally studied is sequencing of the DNA from ERMS tumors identified RAS pathway mutations in greater than 90% of patients and is associated with poor prognosis. In addition to RAS, mutations in other genes including Notch were also identified. In our laboratory we use a zebrafish model of ERMS where we use a mutated form of the human kRASG12D oncogene (cancer-causing gene) to generate tumors.

Additionally, within a given tumor, all cells are not the same, but rather a tumor is composed of different cell types that might have different effects on cancer growth and spread. To address the question of tumor heterogeneity (a term given to differences within tumor cells), I took advantage of the fact that rhabdomyosarcoma is a cancer of skeletal muscle cells blocked in various stages of development. Using transgenic labeling techniques, I labeled tumor cells with different fluorescent proteins and found that two cell types are vital for ERMS-tumor growth. First, a population similar to muscle stem cells seed tumor growth. However, another tumor cell type that expresses a gene known as Myogenin is required to spread tumors. Thus, my findings indicated that ERMS-tumors cells are not homogenous, but rather contain heterogeneous sub populations of cells that in combination are required for tumor growth and spread. Thus differences in mutations among patients, combined with tumor cell heterogeneity likely results in different responses to drug treatments.

What have you found?
The question that arose from these studies is whether we can identify genes or gene pathways that can increase or decrease the numbers of ERMS-tumor propagating cells or cancer stem cells. Rhabdomyosarcoma is a muscle tumor and in development and regeneration WNT and NOTCH signaling pathways affect both muscle stem cell growth and the ability of precursors to form functional muscle. NOTCH and WNT have opposing effects in muscle, where NOTCH is required for normal stem cell expansion, whereas the WNT signaling is required for robust differentiation of muscle cells into terminally differentiated fibers. In a recent paper, collaboration between the Wu laboratory in the Cutaneous Biology Department and our laboratory in Pathology, both at Massachusetts General Hospital/Harvard Medical School, we used two approaches to find drug candidates that decrease ERMS growth. First, a high throughput approach screened 40,000 drug compounds. This cancer cell line based screen was coupled with an independent drug screen in live zebrafish. Both screens generated multiple hits, but what was exciting was a subset of compounds were common to both experiments, allowing us to hone in on the WNT signaling pathway required for normal muscle differentiation. We then showed that WNT not only cause ERMS cells to differentiate, they also act on the tumor propagating cells driving their differentiation and decreasing their numbers.

While the WNT pathway decreases the numbers of ERMS-tumor propagating cells, in ongoing experiments  I find that NOTCH collaborates with RAS and increases the numbers by more than 10 fold in our zebrafish model as well as in ERMS cancer cell lines. The Notch pathway is expressed in human ERMS and ERMS-cells grown in culture dishes, and more recently NOTCH1 mutations have been identified in human ERMS, suggesting a yet unexplored role in tumor biology. I will explore the mechanisms by which Notch affects ERMS growth. A unique feature of my study is the ability visualize directly under a microscope ERMS-cells in their microenvironment in live animals, allowing me to assess direct Notch effects in ERMS.

What does this mean for children with cancer and their families?
As part of my ALSF funded project, I will define the mechanisms by which Notch expands the number of ERMS-propagating cells, and test the effects of using Notch pathway inhibitors on tumor growth in live zebrafish and mouse animal models and in cell culture experiments with human patient derived ERMS cells and established cancer cells. Our prediction is that Notch would increase the numbers of tumor propagating cells in patients with ERMS making these tumors more resistant to treatments. To test this, we will develop preclinical models to test if Notch is relevant to children with ERMS and if patients would benefit from modulating this pathway.

What are your next steps?
The next steps are to validate our findings in human patient samples both in ERMS cells grown in culture and in live animals and to then develop preclinical mouse models to test drug treatments that might be viable in the treatment of relapse disease.

What has this grant from ALSF allowed you to do that you wouldn’t be able to do so otherwise?
I was able to use data generated to improve a K99R00 grant proposal that was selected for funding by the National Cancer Institute in February. This grant will provide me up to five years of additional funding.  Moreover, funds from the ALSF ‘A’ Award support Karin McCarthy, a senior technologist in the laboratory. Karin has extensive research experience including cell culture and murine experiments and having her committed to the project has greatly increased productivity. Finally, the ALSF ‘A’ Award has helped me establish collaborations with leading rhabdomyosarcoma and muscle researchers in the field to understand and acquire new skills.  Importantly, these experiments will help interrogate Notch effects on tumor propagating cells in human rhabdomyosarcoma with the ultimate goal of finding drug candidates that will benefit patients in the clinic.

Why did you choose to work in this field/on this topic?
I wanted to understand the molecular-genetic underpinnings of pediatric diseases. I realized that many pediatric cancers were poorly studied and could benefit from a developmental perspective as many of these cancers occur in the context of growth and development.

I had followed Dr. David Langenau’s work since I was in graduate school and was fascinated by his use of zebrafish to model human embryonal rhabdomyosarcoma (ERMS). Moreover, his work indicated that ERMS was a disease where rare tumor propagating cells were likely to account for relapsed disease. ERMS is pediatric cancer of the muscle and given my strong developmental biology training was a perfect fit for my research interests. I was also driven by the challenge of building new tools and methods to visualize tumor cells by imaging in live animals, further develop cell transplantation tools in zebrafish to determine tumor propagating cell number and for drug screens. These approaches were then used to uncover important mechanisms and gene pathways that impinge on disease outcome in ERMS.