Elucidating the Mechanism of ERK Mediated Pathogenesis of LCH 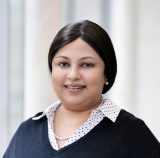 Langerhans cell histiocytosis (LCH) is a rare form of cancer that occurs mostly in children. The incidence of LCH is 3 to 5 cases per million children, similar to that observed in Hodgkin Lymphoma or acute myeloid leukemia. Despite similar incidence and survival, LCH patients have benefited from far less research funding and attention than other childhood hematologic neoplasias, likely due to incomplete understanding of the disease. LCH is caused by abnormal proliferation of cells derived from bone marrow. Recently mutations in the MAPK pathway have been characterized in LCH patients. However, the exact origin of LCH is still not known and the rationale for treatment is therefore largely empiric.

The Histiocytosis Program at Texas Children's Cancer Center (TXCCC) has the largest Histiocytosis patient population in North America. Using this resource, we have validated BRAF gene mutation and have observed that the presence of the mutation correlated to treatment failure. In addition, we have identified mutations in MAP2K1 gene, which might potentially contribute to the pathogenesis of LCH. Hence, the current proposal aims to identify the underlying disease mechanism of LCH by molecular dissection of the effect of each of the observed mutations in LCH patients. Specifically, we will query how each of the mutations contribute in activating a protein called extracellular regulated kinase (ERK), which we hypothesize is the critical determinant in LCH pathogenesis. The findings from the proposed study will have broad implications for improved diagnostic and therapeutic benefits for LCH patients.