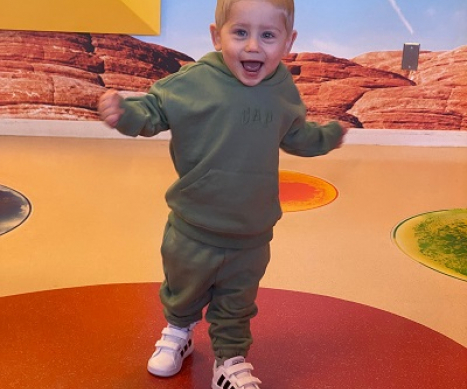 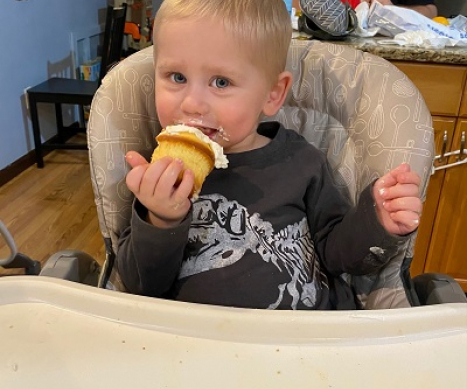 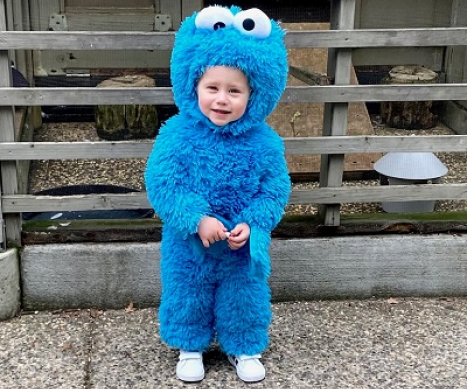 Anderson is a 2-year-old bundle of laughter. He likes dinosaurs and cars, and his sweet demeanor makes him a natural animal-lover. Andy is always playing, whether he’s at the park, in the water or on the swings. His family sees him as their funny little boy, but Andy proved to be more resilient than anyone imagined when he began fighting a dual diagnosis: cancer and an autoimmune disorder of the nervous system.

Andy’s first diagnosis came when he was only 9 months old. In June 2020, his pediatrician discovered a lump on his abdomen during a wellness visit. He displayed no other symptoms, but thankfully, the pediatrician sent their family to Children’s Hospital of Philadelphia for scans. There, an ultrasound revealed a large mass, and Andy was admitted overnight. The next day, they received the news that it was neuroblastoma.

In July 2020, Andy underwent surgery to remove half of the tumor. At first, he was recovering well, but by September, he received a second diagnosis: opsoclonus-myoclonus-ataxia syndrome (OMAS). Andy lost the ability to stand, sit and control motor functions due to the disorder. He began IVIG and rituximab infusions, plus steroids for his condition. Sadly, his tumor grew back larger than before, and in 2021, he started chemotherapy. With physical and occupational therapy and a lot of hard work, Andy was walking on his own by April.

Unfortunately, in May, Andy relapsed, and the OMAS took his ability to walk once more. But in June, Andy finished chemotherapy, with his end of treatment scans showing his tumor shrunk significantly. He rang the bell signaling the end of his treatment in early July. And his good news didn't end there, he also regained his ability to walk, and is now a wild 2-year-old, loving to run, climb and jump!

His parents, Mike and Rian, hope to continue to see Andy thriving. They want their son to remember the accomplishment but none of the pain. They dream of Andy becoming an advocate for other kids by exemplifying strength and courage.

Andy is his parents’ hero because of his remarkable resilience. Although they’re heartbroken not to see their son leading a “normal” childhood, they know that Andy is perfect just the way he is. In just two years of life, Andy demonstrates a powerful drive and fighting spirit. Mike and Rian want other families facing a diagnosis to know that it is okay to have moments of anger, sadness and confusion. You are allowed to feel every emotion. Take it one day at a time, and don’t be afraid to think about the future. They say, “YOU are so strong, and you will be amazed by how much YOU can do.”

To Andy’s family, Alex’s Lemonade Stand Foundation (ALSF) does so much good and gives them hope for a future cure to childhood cancer. They appreciate the strong presence ALSF has in the Philadelphia area and feel so special watching lemonade stands pop up or stores posting paper lemons for donations. Seeing so many people come together for their cause gives them hope that change is imminent.

Donate in Honor of Anderson Today!