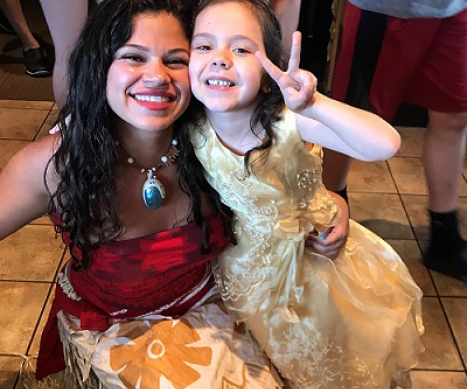 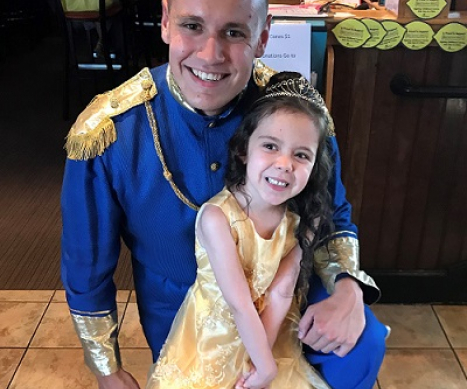 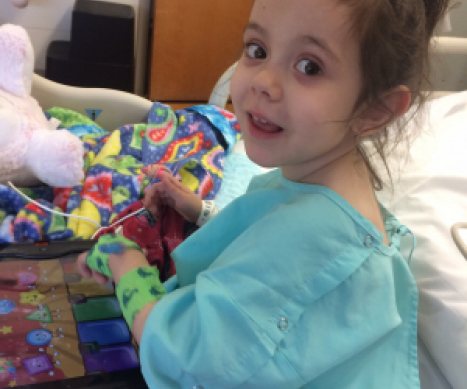 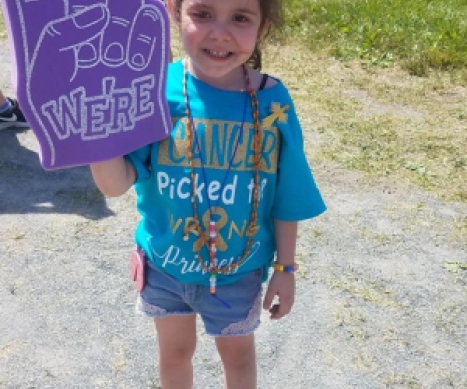 Aribelle is an energetic, spunky and loving 5-year-old little girl. She’s typically grinning from ear-to-ear and can make anyone laugh. She’s obsessed with going to the doctor, partially because it is her new “normal.”

For a while, Aribelle would get sick with a nasty cough and trouble breathing. In early March 2018, she was really ill and ended up laying in her parents’ bed that night. However, she started coughing so bad she turned purple. Her mom, Courtney, immediately called her husband to leave work and take Aribelle to the ER. Three hours later, Courtney received a call saying doctors found a mass in Aribelle’s chest. They were immediately sending her to Janet Weis Children’s Hospital in Danville, PA. The tests, scans and biopsies started right away. When doctors finally told Aribelle’s parents she had neuroblastoma, they couldn’t believe it.

Aribelle had surgery in April 2018 to remove a 59-gram tumor in her chest. Hours later, she came out of surgery with 90% of the tumor removed, a chest tube, epidural, catheter and two broken ribs. Every month, she has oncology appointments to track the disease. She also has MRIs every three months to monitor her platelet levels to see if and when they will start chemo.

Her parents' dream is that the entire tumor will be gone and she will live a long, happy life. Courtney hopes no parent ever has to hear that their kid has cancer, no matter what kind or stage.

Every day, Aribelle’s strength amazes Courtney. That’s why she is her hero. Aribelle kept a smile on her face this entire year. She never let the disease slow her down. Even five days after major surgery, they left the hospital without any pain medicine besides standard over the counter medications.

For any family facing this disease, Courtney knows how long and difficult this journey can be, but knows you can make it through it. She believes in places like Alex’s Lemonade Stand Foundation, because it could mean no child or parent ever has to hear the word cancer again.

Donate in Honor of Aribelle Today!