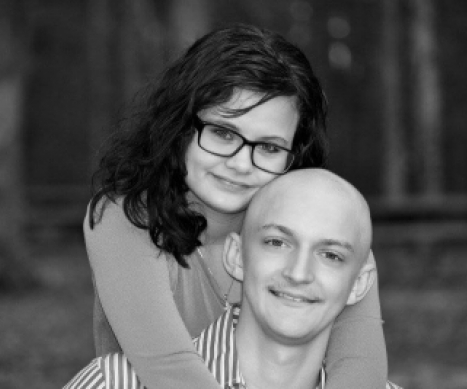 Austin loves hunting, shooting and 4-wheeling. He is an avid Traxxas collector. He loves playing video games during chemo treatments and working on his Chevy Blazer.

In September, Austin thought he pulled a muscle in left leg. He went to the doctor on September 13. The next day, he was diagnosed with osteosarcoma in his left femur and knee. His treatment has been painful, but Austin has been staying strong, which helps his mother.

Austin hopes to go to college for engineering and one day have a family of his own.

He is a hero because he has gone through more in the last three months than is imaginable. His mother, Stacey, describes Austin as her strength.

Stacey wants others who may have recently received a cancer diagnosis to know that chemo is not as bad for everyone, so don't read everything on the Internet!

“Live each day full of fun and strength.” – Austin

Donate in Honor of Austin Today!