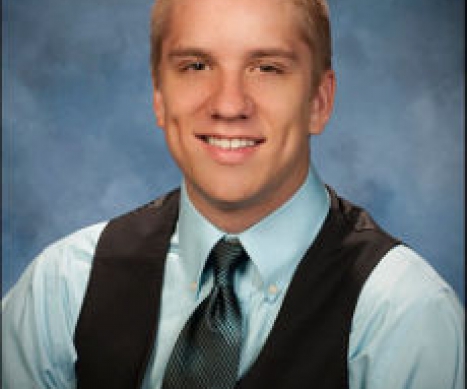 Get the facts about Spinal Cord Tumors and how our research projects are making a difference.

Brian Thomas was a normal 16-year-old.  He loved to play the drums, guitar and sing. He enjoyed going to high school where as a junior he had loads of friends and was backup quarterback for the football team. Brian was very athletic and could have easily played college football. In January 2010, Brian couldn't play his guitar anymore because he started experiencing weakness in his left hand. Long story short, he had a cancerous tumor in his upper spinal cord, an oligodendro glioma. It was removed, but doctors couldn't get all of it because of where it was located in the spinal cord. A very painful recovery followed including two months in the hospital, radiation and chemotherapy, and some corrective surgeries.

Brian made it to senior year. His friends made wristbands in an ivory color (to represent spinal cord cancer) with the words BT6 (football jersey was #6), COURAGE PERSEVERANCE HOPE written on them. These were the words that they felt Brian lived by.  Naturally, Brian was unable to play football anymore, which was heartbreaking, but he continued responsibilities as Captain of Sterling Heights High School Stallions Varsity Football and mentored the younger players. At the end of senior year, the cancer returned with a vengeance. By May he was paralyzed from the neck down. He missed prom, graduation commencements and all of the fun senior year experiences. We remained hopeful for help, but no one in the medical profession knew what to do. On July 31, pneumonia set in and he was admitted to the hospital, where he passed away on Sept. 29, 2011.

Cancer took away everything Brian loved – football, his guitar, his voice, and little by little - his life. But what we were about to learn, was that through his amazing legacy, more lives were touched and inspired by Brian than you could imagine. We would soon find out how those three words – courage, perseverance and hope – would have incredible meaning to many people. We have the COURAGE to move on; the PERSEVERANCE to continue to raise money for awareness and research for spinal cord tumors, and the HOPE that someday there will be an end to this disease.

Donate in Honor of Brian Today!