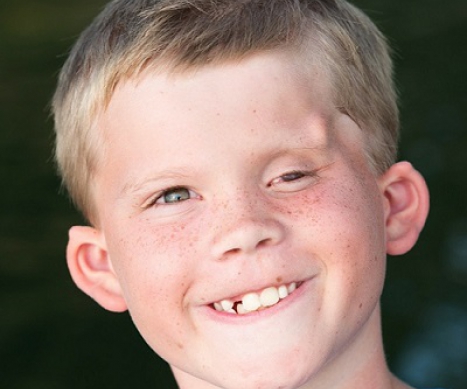 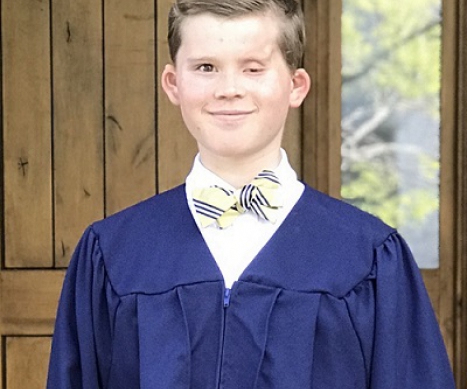 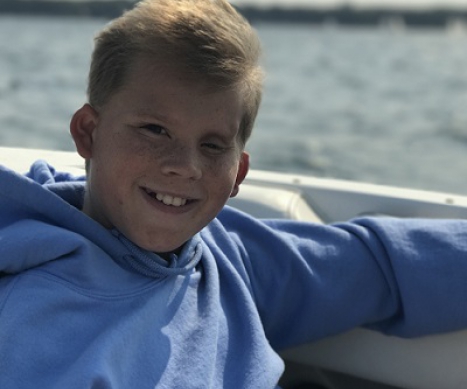 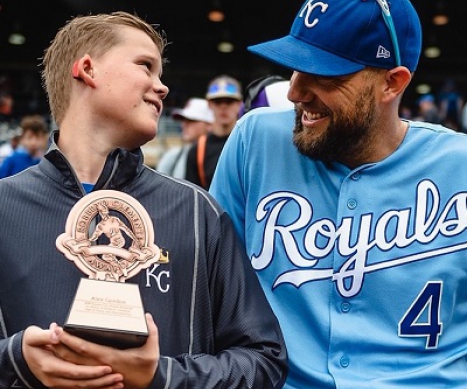 Charlie loves his family, his dog, Sophie, and spending time at Lake Okoboji riding jet skis. Being active and healthy is something Charlie and his family don’t take for granted, as Charlie faced many significant health challenges growing up.

In March of 2007, Charlie was not acting like himself. When his family was on spring break in Florida, two-year-old Charlie preferred to sleep rather than play in the sand. When he wasn’t sleeping, he was irritable, uncomfortable and wanted to be carried all the time. His left eye started to droop and was nearly swollen shut within days. Upon their return to Kansas City, his mother, Paige, made an appointment with their pediatrician, who immediately referred him to Children’s Mercy Hospital. There, it was determined he had a tumor behind his left eye, extending into his brain.

On April 10, 2007, Charlie underwent surgery for a craniotomy and a tumor resection. Although Charlie lost vision in his left eye, his doctors felt confident in their ability to remove the tumor successfully. A biopsy was sent to hospitals around the U.S. that specialize in pediatric brain tumors.

Within a few weeks, that tumor had a name: atypical/teratoid rhabdoid tumor (AT/RT), a malignant tumor that mostly occurs in children under two years of age. AT/RT is an aggressive type of cancer. Charlie went through 17 months of chemotherapy, six weeks of radiation, countless MRIs, blood transfusions, a stem cell harvest, spinal taps and more sedations than his parents could count. Over the next two years, Charlie and his family spent more days and nights in the hospital than they did at home. They celebrated holidays, birthdays and other milestones in Charlie’s hospital room.

At the end of 2009, Charlie showed no evidence of disease (NED), and he was able to return to school.

Nine years later, in April of 2019, a new tumor was found on the right side of Charlie’s brain during a routine MRI. Again, Charlie had a craniotomy and tumor resection at Children’s Mercy Hospital. He was diagnosed with clear cell meningioma, a benign tumor believed to be a long-term side effect of the radiation he received as a toddler. Charlie is now being monitored for tumor reoccurrence every three months through full brain and spine MRIs.

Charlie has support from everyone around him, including his school, who participates in Alex’s Lemonade Stand Foundation’s (ALSF) Million Mile in September to raise awareness for much-needed childhood cancer research, and Alex Gordon, left fielder for the Kansas City Royals. “He was one of the first kids I met [through the Foundation]. We’ve been good friends ever since,” said Alex Gordon. Alex was a local spokesperson of ALSF before he met Charlie. After meeting him, Alex admired Charlie for his strength and the two quickly became friends. During a game, Alex hit a home run on his first pitch while wearing a yellow band around his arm with Charlie’s initials on it. He dedicated the long ball to Charlie. “I told him tonight was for him,” Alex said in an interview after the winning game, “I didn’t tell him I was going to hit a home run, but I think it was meant to be.”

Since Charlie’s first diagnosis, he and his family have dedicated their time and energy to supporting ALSF. Over the last nine years, they have served lemonade at the annual Midwest Lemonade Days, spoken to schools and other organizations about ALSF, started a Lemon Club at a local high school and helped to start the annual Lemon Mixer.

“[ALSF] is helping kids like Charlie by giving them a voice,” said Paige, “AT/RT might be rare, but it can be beaten if we don’t give up!”

Hero quote: "Alex’s Lemonade Stand helped me and my whole family to be strong and fight cancer!" - Charlie

Donate in Honor of Charlie Today!