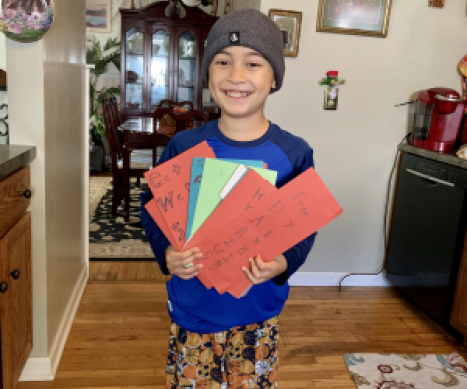 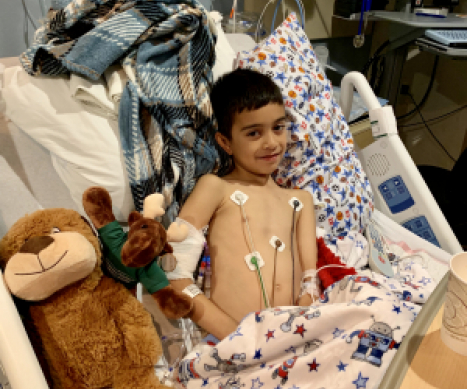 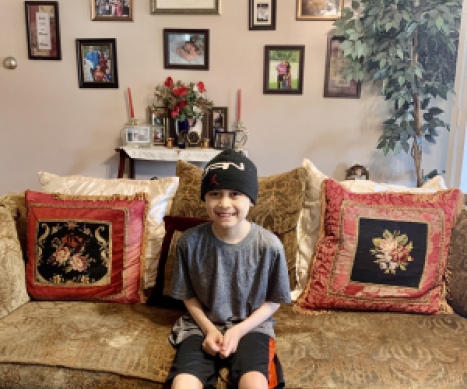 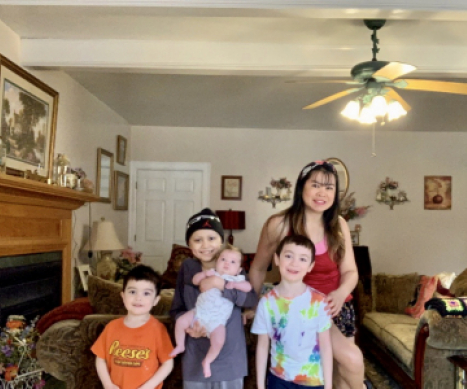 Daniel, nicknamed DJ by his family, is a very organized and disciplined 10 year old. He keeps his toys and room in order without being told. He’s got plenty of interests, including video games (his favorites are Fortnite, Overwatch and Minecraft), movies and shows like Star Wars, MasterChef Jr. and SpongeBob. In his words though, he doesn’t like “girly shows.” He also enjoys cooking and food as well as playing soccer with his friends. DJ also has three younger brothers: Jace, age 6, Jaydan, age 4 and Isaiah, born in January 2020.

In summer 2019, DJ was sick off and on for two weeks with headaches and nausea. One day, after his parents woke up early to check on him, they found bruises on his leg and back. That’s when DJ’s dad, Daniel, brought him to the hospital, thinking DJ had Lyme’s disease or a similar diagnosis. Unexpectedly, the ER doctor said that DJ’s blood counts were irregular, and that he most likely had leukemia. The final diagnosis was T cell acute lymphoblastic leukemia.

At that point his dad’s world stopped and he knew that everything had changed for his family. He felt that they could very well be without DJ, and the hardest part was having to call DJ’s mom with the news. Their life has never really returned to the way it was before DJ's leukemia, but that might be for the better thanks to DJ’s amazing attitude.

He has been like a rock for their whole family and community. They have all rallied around him and it really shows how the strength of one boy can change a lot for so many people.

His treatment started with their doctor transferring him to a hospital in Vermont. Since his diagnosis, their family has traveled quite a bit. For three months or so, he was at treatment four-to-five days a week, and for at least a month in 2020 they’ve had to travel five days a week. That trip became even more difficult when the ferry near them closed due to COVID-19.

His family was very appreciative to have some support from Alex’s Lemonade Stand Foundation when COVID-19 affected them.

“The help that we have received from Alex's Lemonade Stand Foundation gave us relief from things that we would normally have to worry about. Organizations like this provide comfort from the stress of the everyday things, so that we can focus on getting DJ the care he needs,” said Daniel.

Donate in Honor of Daniel Today!