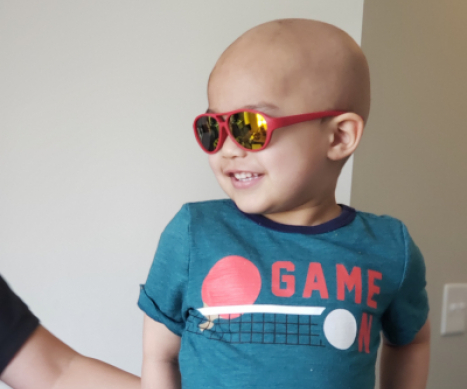 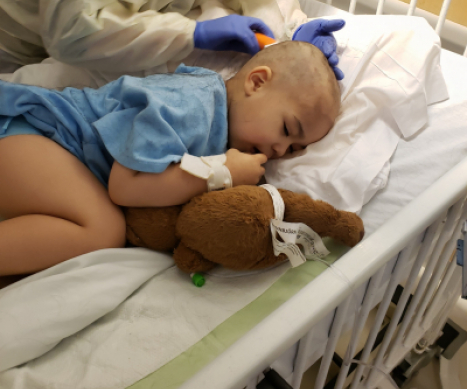 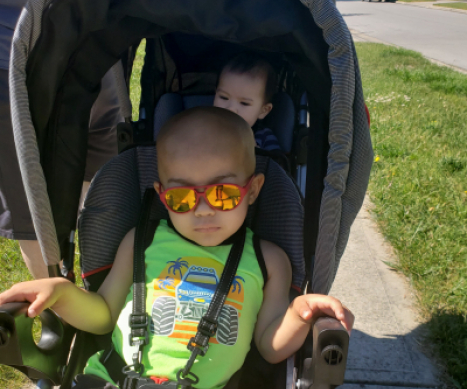 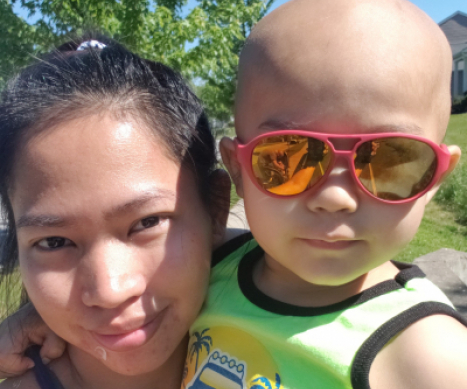 Get the facts about Burkitt Lymphoma and how our research projects are making a difference.

At just 2 years old, Dylan is an energetic beacon of joy that loves singing, dancing, painting and playing. When he isn’t at the beach or the park, he is sitting someplace, mesmerized, watching children’s videos. If something is pretend-broken, don’t worry. Dylan has got it covered, pretend-fixing it.

When Dylan began having stomach aches and blood in his stool, his parents didn’t know what to think. They visited a gastroenterologist who assumed it was a polyp, so they scheduled a colonoscopy and polypectomy appointment for April. Then, the coronavirus pandemic restrictions took effect. The appointment was considered an elective procedure and canceled.

It wasn’t until his parents noticed a new abnormality that they rushed him to the emergency room with further concerns. A series of tests presented the possibility of multiple masses. The family was sent to an oncologist, and after CT scans, X-rays, lab work and a biopsy, Dylan was diagnosed with Burkitt’s lymphoma.

Dylan’s treatment required the installation of a port, a lumbar puncture and bone marrow testing to determine the extent that the cancer had spread. For two weeks, he received chemotherapy before getting discharged from treatment. Fortunately, he was released on his father’s birthday and got the chance to say his first-ever grace at dinner.

A few days later, Dylan became lethargic; he was vomiting with a fever. The emergency room redirected him to oncology, where they found he had a bacteria infection, rhinovirus, and adenovirus. Thanks to antibiotics and an IV, he made a recovery.

Although Dylan has faced hardships, his smile never fades, and his sweetness remains. Even when losing his hair from treatment, Dylan brought his family joy as they watched him eagerly shave his dad’s head to match his own.

The COVID-19 pandemic has presented its fair share of issues as Dylan undergoes his second round of chemotherapy. Only one of his parents can be with him at the hospital each day due to new restrictions. His parents must take turns being with him, and Dylan has not been allowed to see his baby brother, Liam, at all.

Dylan’s family is grateful to organizations like Alex’s Lemonade Stand Foundation for providing families with crucial moral support as well as logistical support during such a critical time.

Donate in Honor of Dylan Today!