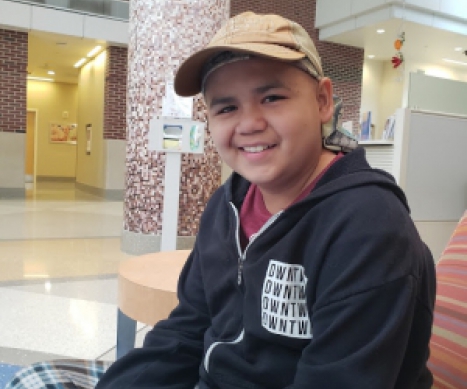 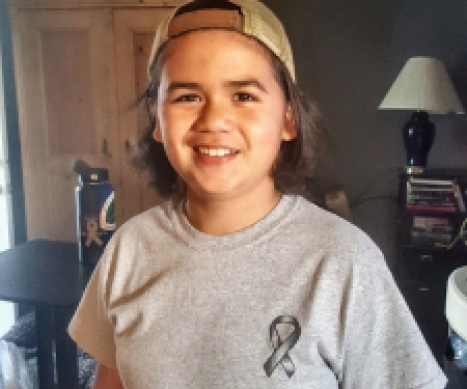 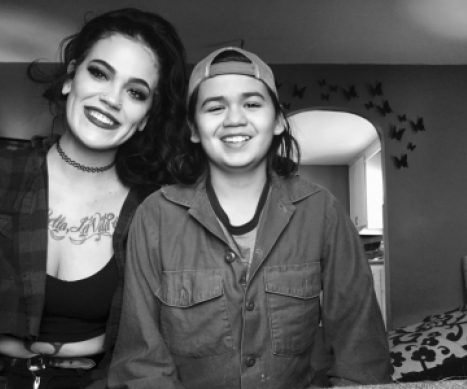 “If I didn’t have that gas card, I don’t know that I’d have gas money to get him to treatment. Every little penny counts.”

Elijah’s mom, Jennifer knew they needed to reach Elijah’s cancer treatment no matter what. Even their typical travel to Indianapolis for treatment can take up to an hour. So when they realized that Elijah would need proton radiation in Chicago, nearly three hours away from home, they sought out help.

That’s where Alex’s Lemonade Stand Foundation came in, supplying financial assistance through their Travel for Care program to help their family travel for treatment. Those little bits of assistance added up, particularly during a fight as lengthy as Elijah’s.

His diagnosis for CNS germinoma, a brain tumor, came only after a series of doctor visits regarding Elijah’s sudden, steep weight loss. After numerous visits with no diagnosis, they went to their pediatrician for answers.

“I told them he’s 13 years old and weighs 47 pounds. That’s not normal,” said Jennifer. “Three days after that they found the tumor.”

Even throughout the first difficult months of treatment, Elijah remained calm. The initial results gave their family some hope, as Elijah entered remission. After 15 more months though, that hope started to dwindle.

“There were three little tumors growing and they did a biopsy,” said Jennifer. “They said the ventricles were covered with a sugar coating of cancer cells that didn’t show up on the MRI, which was kind of scary.”

Once again, Elijah started along the arduous path towards recovery. He’s just as determined this time around though, even with less promising odds following the relapse.

“The first thought that popped into my head was that I know when it comes back the percentage of survival goes down,” said Jennifer. “I knew the first time it was a 90% remission rate, so what did it drop to? Most doctors said around 50-60%.”

Still, Elijah is resolute in his long-term goals. He hopes to hike the entire Appalachian Trail one day before he enters college. He especially wants to maintain his stellar grades, even dismissing the notion that he may have to be held back because of his treatment.

“I asked him, what are you going to do if you move onto ninth grade and can’t keep up?” said Jennifer. “He said, ‘I guess I’ll repeat ninth grade then.’”

Elijah ended eighth grade with straight A’s. Now, he’s progressing swimmingly and finishing up his junior year of high school. He was also recently inducted into the National Honor Society. This doesn’t come as surprise since he continued to achieve straight-A honor roll throughout treatment. He plans to attend Indiana-Purdue University in Indianapolis and begin his studies to become a pediatric oncology nurse.

“Our doctor talked with him about what was more important, the actual treating of the disease or being with the patient,” said Jennifer. “He wants to be with the patient and do research on nursing.”

Elijah may be some years away from that future, but he’s already hoping to find a way to support kids with cancer. He used his Make-A-Wish to get a therapy dog he hopes to bring to the hospital and soothe sick kids like him.

Although his dog Zora is currently with Elijah’s sister to avoid bringing unnecessary germs into his house, Elijah is looking forward to giving those kids a break from treatment eventually.

Today, Eli remains in remission and continues to have scans done every four months. Although the scans cause some anxiety since the cancer came back once before, they’re confident his three stem cell transplants were successful.

Eli has been having an outstanding year since. He celebrated at junior prom with his classmates, worked hard at a pizza joint in his small town, just earned his drivers permit and has officially started his countdown for the six month hike along the Appalachian Trail in 2021!

Donate in Honor of Elijah Today!