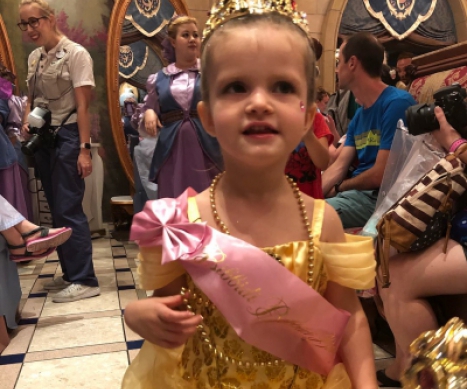 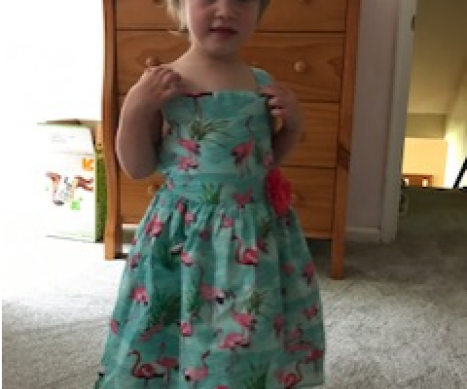 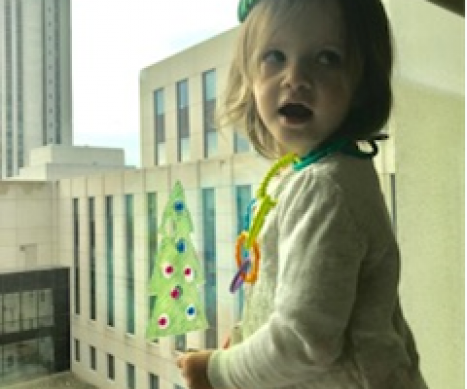 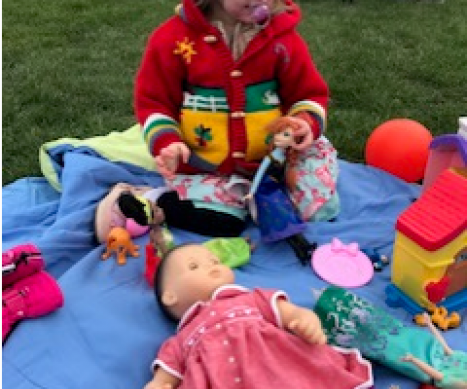 Get the facts about Retinoblastoma and how our research projects are making a difference.

Evelyn, called Evie by her family, is a bubbly toddler who loves superheroes and princesses. She is very amicable with other children. One would never know she has gone through two years of intense ups and downs through her cancer fight. She is well loved by her big brothers too.

Their cancer fight started when Evie’s family took her to the doctor for her 1-year-old checkup. She seemed perfectly normal, except the doctor and nurses said they couldn't get a good reading on her eye with the vision machine, so they were referred to an ophthalmologist. Later that day, Evie’s mom, Carla, was at work and their doctor called. She said it was urgent that they go back the next day, since what she saw with Evie could only be one of three things, including cancer. Most importantly, the doctor said to not to use “Dr. Google.”

Carla told her husband right away and they still looked on Google, but stopped immediately after they were freaked out by what they saw. The next day they went to see the ophthalmologist. She looked into Evie's eyes and immediately got the attending doctor on the floor, who promptly got the head of the department. His opinion was that Evie likely had retinoblastoma. He got them into a specialist that day, who confirmed the type and diagnosis of cancer. Evie began treatment within 10 days after diagnosis.

From that point on, Evie underwent many MRIs, exams under anesthesia, laser treatments on her eye, systemic chemotherapy treatments, intra-arterial chemo and plaque radiation. Their family has been very lucky to only have had a few extra visits to the ER. Evie has been in day care almost the entire treatment period with special accommodations.

Her family hopes that Evie won't remember most of this difficult process. They want her to grow into a lovely young woman who can advocate for others. Every day, they dream of an amazing future for her.

Evie has never complained once during this process. She is apt to give other kids hugs during treatment. Her family feels blessed that she is such a sweet girl.

They want other childhood cancer families to know they should enjoy each day. While treatment may seem overwhelming, there are always people that can support you. No matter the outcome, keep enjoying each moment.

Their family hopes that cures can be found and advocates like Alex’s Lemonade Stand Foundation (ALSF) will help to influence funding in the future.

Donate in Honor of Evelyn Today!