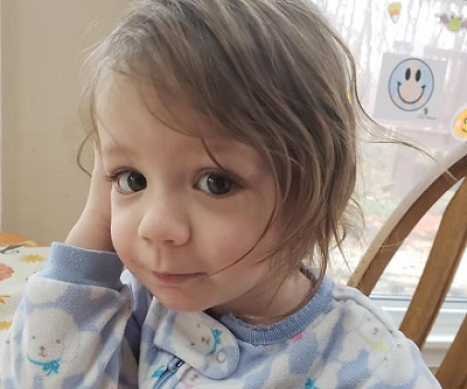 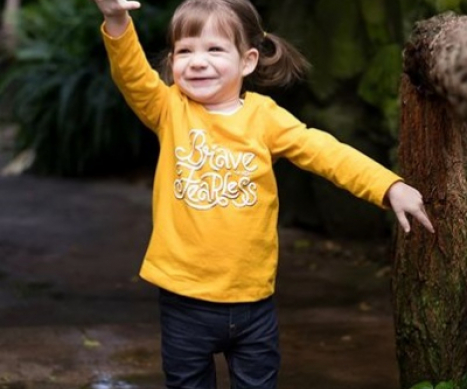 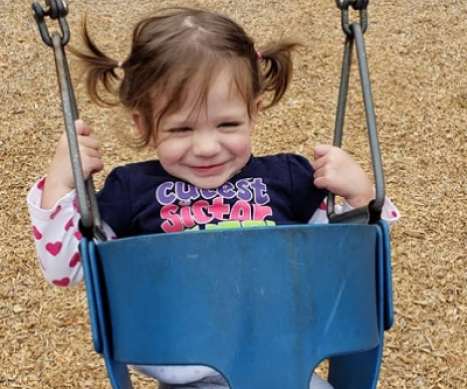 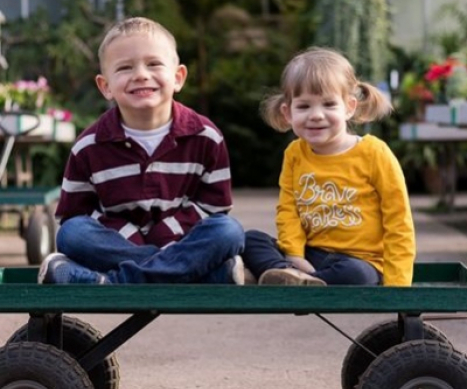 At the age of 2, Hadley has overcome more challenges than the average toddler. Her independent personality and feisty spirit have made her quite the fighter, even earning her the nickname “Hurricane Hadley.” Her battles began with prematurity in the NICU, chronic ear infections, and speech therapy. At only 22 months, Hadley’s family braced themselves for a new battle with anaplastic ependymoma. Since then, Hadley has shown an abundance of strength for a girl of her size.

After a weekend getaway in the Pocono Mountains, Hadley’s parents thought it normal that their daughter seemed sleepier than usual. However, when she woke, Hadley vomited in her crib, and when taken out, couldn’t walk without falling over. As a nurse practitioner, Hadley’s mother knew something was very wrong. The nearest hospital redirected them to Children’s Hospital of Philadelphia where their lives were turned upside down. On October 29th, 2019, physicians discovered that Hadley had a brain tumor.

Hadley maintained her spitfire personality around anyone in scrubs, making sure to let them know that her favorite word was “no”. Although most people in Hadley’s situation might have complained, she remained as happy as ever despite having to show up for radiation each day. Hadley has already demonstrated incredible resilience so early in her life.

Through all their trials, Hadley’s family has held tightly to a piece of advice they were given that their child is more than a statistic. Each child writes their own story, and Hadley is quite the author. From Hadley’s time in treatment, her family became aware that pediatric cancer research needs a great deal more funding and that the current survival rate for some brain tumors is simply unacceptable. Her family looks to organizations like Alex’s Lemonade Stand Foundation (ALSF) for hope to someday change those statistics.

Hadley’s parents’ dream of their daughter being cancer-free is now a reality. Although Hadley has struggled with septicemia, pineal cyst growth, and severe headaches – which she calls “boo boo head” – since her treatment, she continues to be a trooper. Since anaplastic ependymoma is known for tumor recurrences, regular MRIs are going to be the norm for her. After her recent MRI in December, Hadley was declared NED (no evidence of disease)!

Her 5-year-old brother, Kyland, continues to pray for her at night that all the bad cells in her brain never come back. A family friend also recently ran ALSF’s Virtual End Cancer Run/Walk in Hadley’s honor. Now, Hadley’s family hopes to see their strong-willed little girl lead a more normal life and find her own powerful place in the world.

Donate in Honor of Hadley Today!