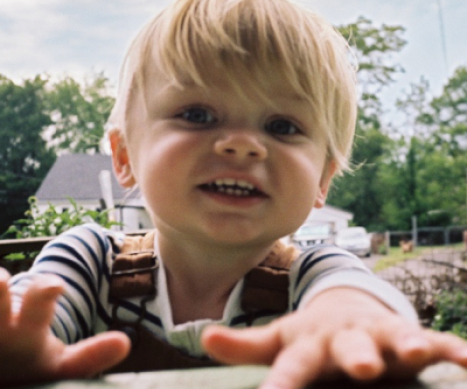 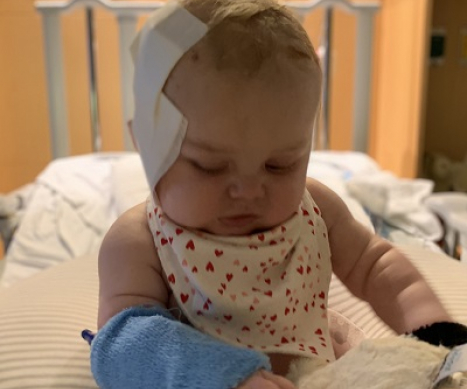 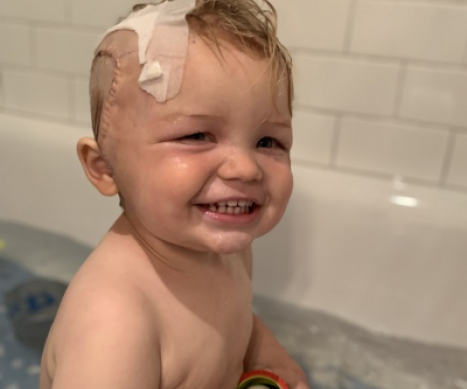 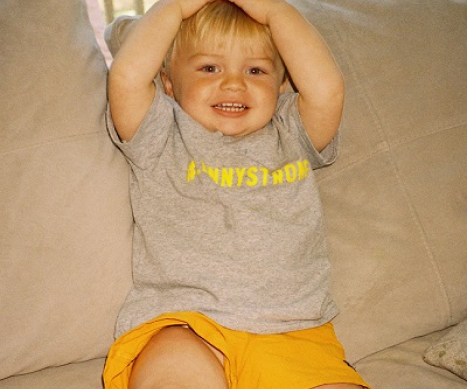 Get the facts about Oligodendroglial-like Leptomeningeal Tumors and how our research projects are making a difference.

At a year old, James acts like the energizer bunny; he’s always on the move. He loves to play outside or in water, but his affinity for trucks makes his dad’s car the perfect place. Although James has a great many interests like cheese, pancakes, popsicles and his puppy Lucy, music is his favorite one of all. Whether he is listening to “The Box” by Roddy Ricch, “Sunday Best” by Surfaces or “1234” by Feist, James is always moving to the beat.

Six months into his life, his dad, Kevin, was making breakfast while James’ mom was away on a business trip. Kevin heard an odd sound and saw his son had turned bluish and passed out. He managed to wake up James and immediately took him to the emergency room. After some testing, it was determined that James had a seizure, and his parents realized this wasn’t his first. For a couple of weeks James had been experiencing “freezing up episodes” which, as first-time parents, they had assumed were simply a result of bowel movements. His mom, Katie, flew home the next day to find that an MRI revealed a large mass on the right side of her son’s brain.

James was officially diagnosed with anaplastic oligodendroglioma. A successful surgery removed the tumor, but James’ young age led the family to postpone any further treatment. Over a year later, a routine MRI revealed the tumor had regrown in the same place. James underwent another removal surgery.

After two craniotomies James is about to start receiving proton radiation therapy. The treatment will last for up to six weeks at Cincinnati Children’s Hospital. James’ parents are hoping that, following treatment, James lives a happy and fulfilled life of love, no matter how long or short it may be.

James has endured two life-changing surgeries and yet he has bounced back every step of the way. His parents marvel at his ability to continue laughing, smiling and showing love. His mom is amazed at how kids can be so resilient, and she hopes to have the same strength that her son has shown her.

Katie has been told many times to take things one day at a time, but she believes in taking life one moment at a time because sometimes that is all a person can endure. Katie wants people in a similar situation to know it is okay to prepare for the worst and to hope for the best. She believes that data is just data and that miracles happen every day. Above all Katie encourages people to live in the moment, “Be a kid with your kid every day: play in puddles, have dance parties, hug and snuggle as much as possible!”

James’ parents are hopeful that with the awareness spread by Alex’s Lemonade Stand Foundation (ALSF) a cure for their child and many others may become achievable. Although James’ family can sometimes feel very isolated during their fight against cancer, organizations like ALSF remind them that they are never alone.

Donate in Honor of James Today!