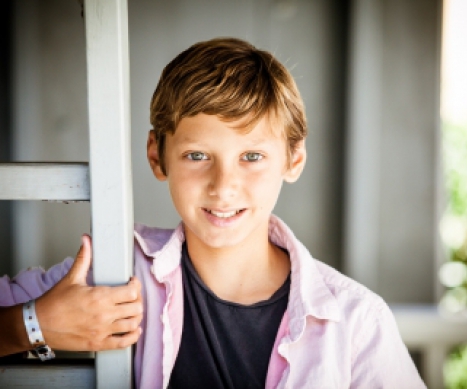 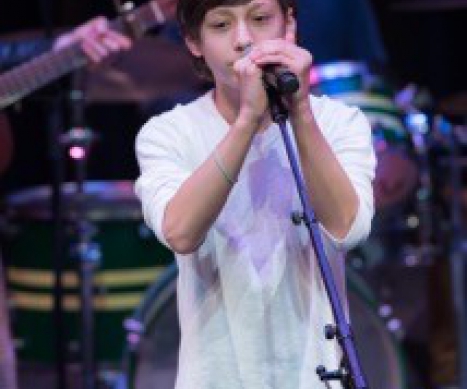 Jax is a typical 16 year old who enjoys hanging out with his friends and cousins; boxing and skiing. In addition, he is an accomplished musician who has been playing the piano since he was 6 years old and even writes and records his own music.

One day, Jax was teasing his mom and said he had a “buddha belly” even joking around saying, “look mom, I’m pregnant.” Although he assured his mom he was pushing out his stomach on purpose, something didn’t sit quite right with her. After two months, she took him to the doctor who felt something swollen in his stomach and scheduled an ultrasound. Several days later, a 15cm mass was discovered in Jax’s liver and he was diagnosed with hepatoblastoma.

Shortly after diagnosis, Jaxon underwent several rounds of grueling chemotherapy before the doctors placed him on the liver transplant list. Thankfully, Jaxon received a new liver within just weeks of being listed. In January 2014, Jaxon was declared in remission. Unfortunately the cancer has returned twice since then and required resection surgeries. Now, Jaxon is in remission for the third time and his family hopes to never again hear the words, “the cancer has returned.”

Jax’s mom Chrissy hopes and dreams that better treatments and cures for cancer are soon discovered. She notes that chemotherapy is bittersweet because of the long term side effects often associated with the treatment. Chrissy continues to be inspired by her son and of his incredible bravery throughout the ordeal. Jax even wrote a powerful song about his experience called “Weightless” that he hopes to release one day to raise awareness of childhood cancer.

During Jaxon’s prolonged hospital stays, he kept his spirits alive by playing and composing music. Jaxon and his friends put together a pediatric cancer benefit concert and invited Chris Martin, from the band Coldplay, to jam with them on stage. Chris was so touched and impressed by Jaxon and his band, he invited them to open for Coldplay at the Rose Bowl. It was an experience he will never forget. Jaxon and his friends have produced four, star-studded benefit concerts and raised over $300,000 for pediatric cancer research.

Donate in Honor of Jax Today!