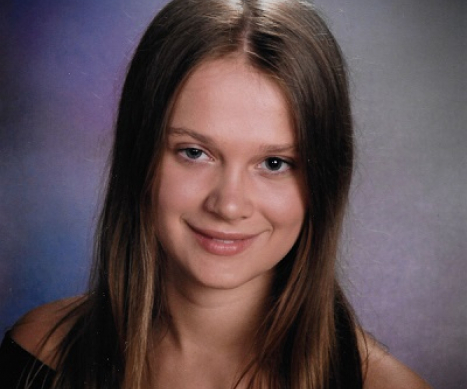 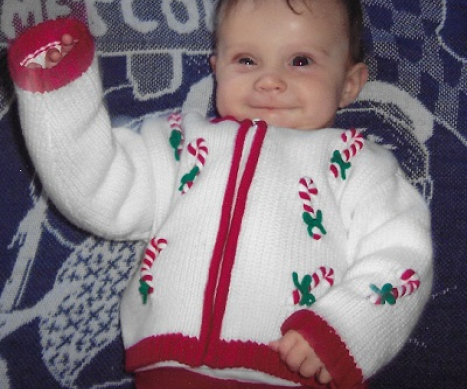 When Joby was around 3-and-a-half months old, her parents noticed her right eye seemed to be half closed all the time. After taking her to the pediatrician, they were sent to an ophthalmologist who diagnosed her with Horner’s syndrome. Joby had a smaller pupil, drooping eyelid and little to no sweating on her right side. Oftentimes, this syndrome was the result of another medical condition. At the ophthalmologist’s request, Joby’s parents took her to Children’s Hospital of Philadelphia (CHOP) for further testing.

On New Year’s Eve, they were told that a CT scan had revealed a tumor in her chest. The very first day of the new year brought Joby back to CHOP for further testing, and at 5-and-a-half months old, Joby was diagnosed with stage 2a neuroblastoma.

Children diagnosed before turning 1 typically have a better prognosis, so surgery was scheduled for January 8. However, the surgeon warned Joby’s parents that he’d have to crack her ribs and put in a central line due to the location of her tumor. He wouldn’t be able to remove it completely since it was partially attached to her subclavian artery. On surgery day, he was miraculously able to extract 85-90 percent of Joby’s tumor. Joby did not have to undergo any chemotherapy or radiation treatment and only has a hairline scar on her armpit. Her parents were able to bring her home the very next day.

When Joby’s mom, Mindy, returned to her job as an occupational therapist following Joby’s surgery, she learned of Alex’s Lemonade Stand Foundation (ALSF) through another teacher whose son had been in Alex Scott’s class. “I began reading everything I could about this extraordinary young girl who set out to change the world by taking lemons and making lemonade,” said Mindy. She was inspired to invite all her friends and family to Joby’s first birthday party where, in lieu of gifts, she asked that people donate to ALSF. They raised $700 that day. Sixteen years later, her family has continued volunteering and raising money at ALSF events: they hosted a lemonade stand in 2005 that raised more than $4,000; befriended and supported Dan Lafferty at Magic for Miracles events that have benefited ALSF; hosted a stand at a Philadelphia Kicks game; participated in The Million Mile; and helped staff the games at Alex’s “Original” Lemonade Stand year after year.

Joby has had follow-ups at CHOP for six weeks, then three months, six months, and finally once a year. Today, she is a bright and creative 17-year-old who plays field hockey and is a member of the Furry Friends 4-H Club as well as the Crossroads Presbyterian Youth Group. She is planning to study architecture at Marywood University next fall.

Donate in Honor of Joby Today!