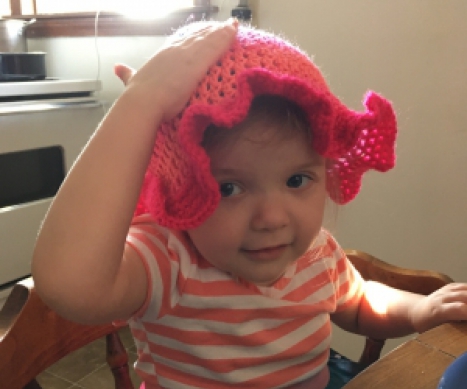 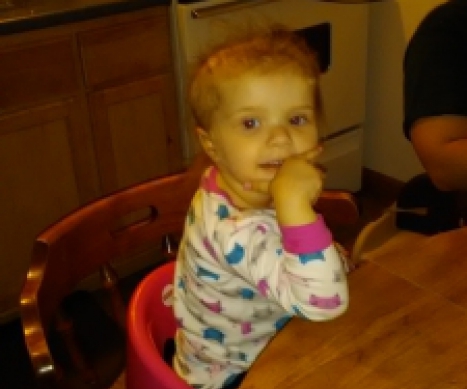 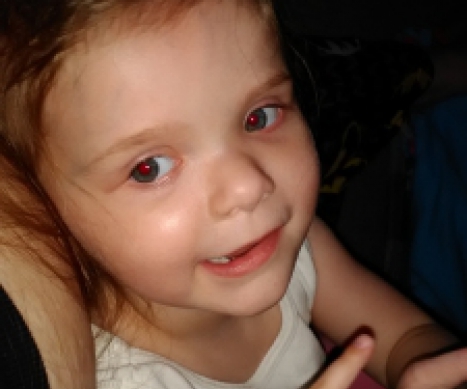 Get the facts about Glioblastoma Multiforme (GBM) and how our research projects are making a difference.

Juliet was a very loving and caring little girl. She had a smile that lit up any room she walked into, her laughter was contagious and even though she went through so much in such a small amount of time, in the end, she was still able to smile. She loved her family and was her mother, Jessy’s, best friend. She loved Peppa Pig, Minnie Mouse, Minions and the movie Rango. She also adored music and dancing; her favorite songs at the time were New Rules by Dua Lipa and Believer by Imagine Dragons.

On July 19, 2017, Juliet was brought to Massachusetts’s General Hospital since her balance was off and she was shaking. Her family hoped it was something small, but those hopes shattered quickly when doctors said that Juliet had a massive tumor in the middle of her brain. The tumor was also stopping the flow of spinal fluid, so the fluid began to build up in her head. Juliet had her first resection two days after her hospital visit. They did an intense MRI right before her surgery, so they knew how to proceed.

After about nine hours of waiting, with intermittent updates from their nurse, the doctors called and said Juliet was stable and would be coming back to her room within the hour. Doctors said it would be a small incision on the back of her head, but Juliet came back with the incision and eyes so swollen, she could barely open them. It was a tough sight for Juliet’s parents. They started speaking with the neurosurgeon about how it went, who said there was a small bleed that may have caused Juliet to have a stroke. He said it would be a wait and see situation for if she showed signs of the stroke occurring.

Her parents were so happy when Juliet woke up, but then they noticed that her left side had no function. They also saw during her first occupational therapy session that her right eye’s vision had been compromised. A week later, it was diagnosed as a low grade glioma or astrocytoma. They sat down with Juliet’s oncologist and made a plan for a low dose of chemotherapy for 12-15 months. She also underwent another surgery to put in a shunt to help clear the spinal fluid building up in her brain.

She was in the pediatric intensive care unit (PICU) for about two weeks recovering from her brain surgeries. Afterwards, they moved to the regular pediatric unit and Juliet’s therapy became more intense. She also had a g-tube (to help her eat) and her port put in at the same time. For about a month, Juliet was in a rehab hospital before she went home. By September 21, they were back in Boston because her spinal fluid was building up again and her tumor had grown. Doctors thought it was probably due to chemo, so Juliet’s parents didn't worry at first. The doctors went in and removed the fluid build-up and they went home two days later, but Juliet never fully recovered from this last surgery.

On October 10, they returned to the hospital. Juliet was throwing up, had a fever and was lethargic, all signs the tumor and fluid were causing problems again. The tumor had grown even more and doctors had to test her shunt. That’s when they discovered the shunt wasn’t working anymore due to additional tumor growth. They asked Jessy what she wanted them to do and all she could say was just save her life. Doctors went back in for another resection and to replace the shunt. It took Juliet over 24 hours to wake up and the first thing she said was bubbles, so Jessy grabbed bubbles and blew them for her.

At this point Jessy noticed that Juliet couldn't move much. Her eye was lazy and she could only say two words: bubble and orange. Juliet’s machines went off when she was sleeping every night because her heart rate was consistently dropping. She was getting fevers off and on for no reason and she seemed unhappy. Despite all this, her family always knew how to make her laugh. They had Rango, bubbles, Minnie, Minions, whatever she wanted. On October 18, her group of doctors came into the room and asked if Jessy could talk in the hospital room or their conference room. She wanted to talk in Juliet’s room to not hide anything from her, but their nurse said she probably wanted to go in another room.

Jessy had been in the PICU for awhile and had never seen a family head for the conference room before. They told her that the new lab results showed that the tumor was not low grade and benign, that it was a very high grade malignant tumor that was killing her quickly. The only option she had was intense radiation, which Jessy initially agreed to. Then, doctors told her Juliet would only have a 20% survival rate. It just wasn't worth it to them.

The choice was now quality of life or quantity, and they wanted quality. Doctors put a new shunt in on the other side of her brain, but within 48 hours, both brand new shunts broke down on Juliet. There were no more options at this point, literally nothing would have saved Juliet. Her parents brought her home on hospice to pass away peacefully at home; it was the hardest choice they ever had to make. After what they saw her go through, they don't want it to keep happening to other children. Her life meant so much to everyone involved, but she was robbed of living her life fully and it was unfair. Her parents love Juliet so much and will never stop fighting for her! Her parents hope children will get a better chance at life and more money donated to support better treatments and cures for childhood cancer.

Jessy has never seen any other person, including adults, fight as hard as Juliet did. She had five brain surgeries in three months and two other for a port and a g-tube. She was still smiling and trying to play even though there wasn't much she could do. When she came home on hospice, Juliet was still at the table eating and dancing. She was playing with everyone who was around during her last eight days alive. She is, and will always be, her parent’s hero and everyone else's who knew her.

For any families facing a childhood cancer diagnosis, they want them to know it is a horrifying journey. There are going to be twists and turns, but always remember these babies count on parents to be their heroes while they are fighting. It’s okay to cry and show some weakness. It is not easy by any means and all Jessy can say is be ready for anything.

Their family really hopes to make money for Alex’s Lemonade Stand Foundation (ALSF) and for others to find the Foundation and donate to the cause. These babies deserve a fighting chance! They even started selling handmade dragonfly keychains, with all the money going to ALSF. They are doing what they can to make a difference, even if it is only a few dollars here and there, but it will hopefully add up to a huge impact for all kids.

Donate in Honor of Juliet Today!