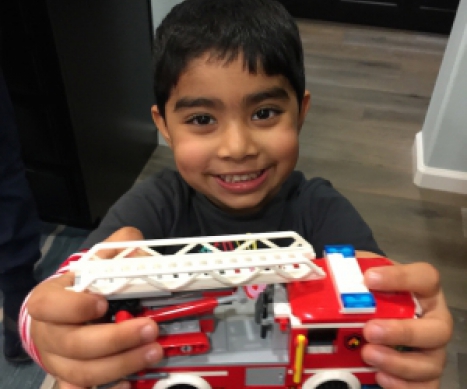 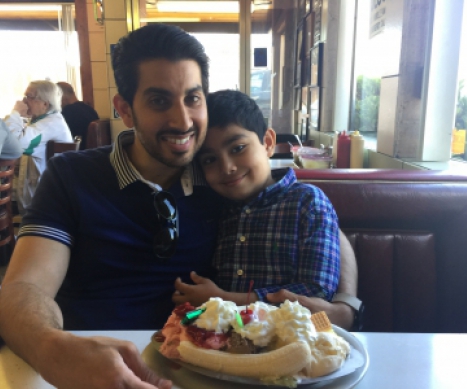 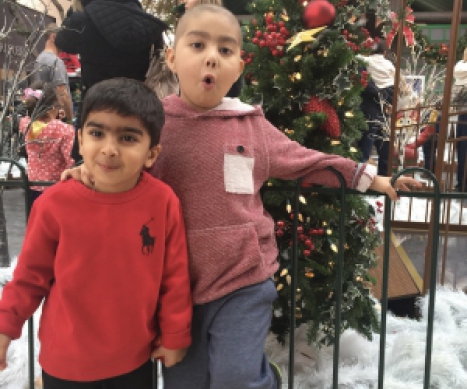 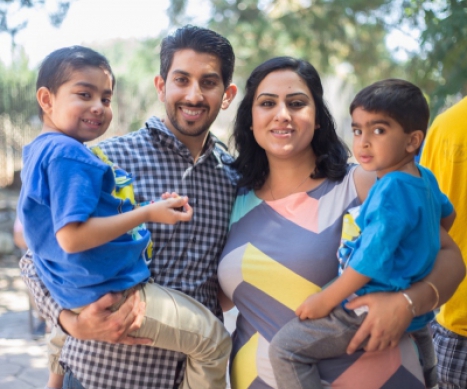 Kabir is a boy with a ton of interests. He loves dogs, superheroes, ponies, mermaids, magic shows, going to zoos, riding roller coasters, collecting rocks and seashells, traveling (Hawaii is his favorite destination), eating at "fancy" restaurants, watching television and movies, building Magna-tiles and Legos as well as playing games on his iPad. Before his diagnosis, Kabir enjoyed swimming and Brazilian Jujitsu too. He looks forward to getting back to those activities soon.

Kabir is 7 years old and very affectionate, loving and sweet. He is caring by nature and an amazing older brother to his younger sibling, Ayaan. His favorite activity is to play endlessly and go on excursions with Ayaan, who has been his best friend through this difficult journey.

In April 2017, Kabir complained of wrist pain after his family returned from a Disney cruise vacation. Nothing was found on the X-ray, but the following week he started having severe ankle pain and intermittent fevers. His pediatrician saw him two days before he was diagnosed, but during the day in between, his mom felt like something was very wrong. Kabir lost his color, had dark circles around his eyes and looked extremely fatigued. They went to the ER the following day and he was diagnosed with acute lymphoblastic leukemia within the hour. That same day, doctors transferred Kabir to Lucille Packard Children’s Hospital at Stanford.

He is a high-risk patient due to the presence of his Philadelphia chromosome. His treatment included a grueling ten months inpatient between scheduled chemotherapy blocks and unexpected illnesses. The first year was so tough to get through, but he started maintenance in April 2018. Sadly, only a month after Kabir finished treatment in May 2019, he relapsed. "The shock of the relapse after hoping for two years that it would all be behind us soon is soul-crushing," said Bhavika, his mom.

He started chemo back up in July at Lucille Packard and then transferred care to UCSF. He started a clinical trial far from his California home at Children’s Hospital of Philadelphia, and received his CAR-T cells in November. Kabir's family stayed in Philadelphia until the end of 2019. In July 2020, Kabir had a biopsy where they found out he relapsed again. When he starts treatment again he will recieve a bone marrow transplant as the only option left to fight this aggressive disease.

Despite it all, Kabir's family will always find the strength to go on. His family’s hope is to see Kabir grow old to make all his dreams come true.

What makes Kabir a hero to his family is that he is braver than they ever could have imagined. He is a fighter. He often says, "Look on the bright side," even during this difficult fight. Kabir is still a giving and extremely loving person. Cancer didn't take that kindness away from him.

Their advice to anyone else going through this is to take it one day at a time. Most people don't know how to live that way going into this, but it is the only way to survive it. Learn to live in the present and take the good days as they come. The tough days will pass.

For them, Alex’s Lemonade Stand Foundation (ALSF) is amazing because of its support for research. Research is knowledge, and knowledge is power. It will lead to better drugs, understanding of the disease and better treatment options.

Kabir is already giving back in his own way too. It was his idea to fundraise for “cancer kids” during his My Little Pony-themed birthday party. They chose ALSF as their charity and his parents were so proud of him for that!

Donate in Honor of Kabir Today!