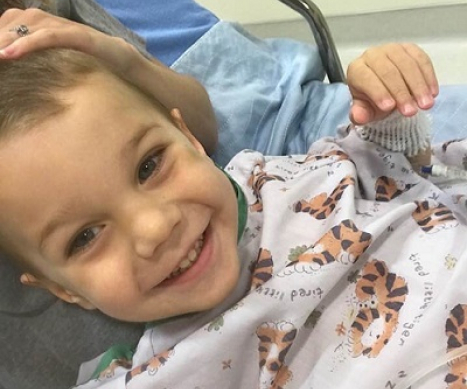 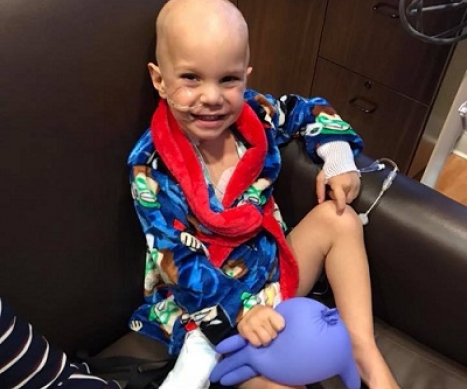 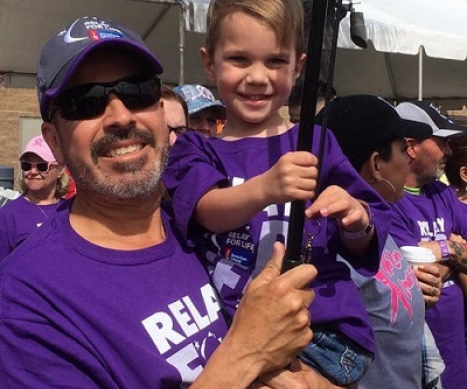 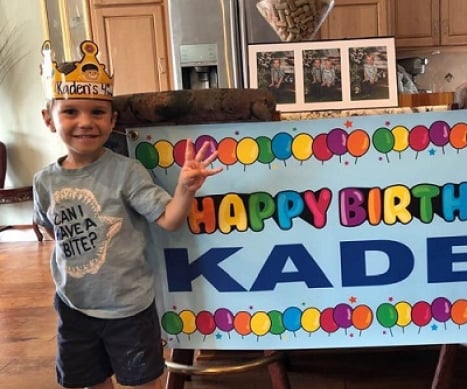 Kaden can light up any room with his sweet soul, shining through with a smile that’s brighter than a thousand stars. He’s an adventurous 7-year-old and a friend to all animals. He loves watching Wild Kratts on PBS, but he’s also a fan of all things Disney. Kaden’s thoughtful mind and playful spirit are a steadfast part of him, never faltering through the hardships of cancer treatment.

All seemed well with Kaden’s health at 2 years old, until his parents noticed blood in his urine. The pediatrician ran bladder and kidney tests, but the results were negative. To be safe, they had an ultrasound, which sent them to Children’s Hospital of California. Further testing and a biopsy solidified his diagnosis. It was stage III Wilms tumor on his right kidney and in his inferior vena cava – a large vein connected from the lower body to the heart.

It took six rounds of chemotherapy to shrink the tumor enough to remove Kaden’s kidney. Following the surgery, Kaden had six rounds of radiation and completed the rest of his chemo treatment in a total of 25 rounds. He has been in remission for the past year, and today, no one could ever tell what Kaden’s been through by the looks of him.

Considering what a compassionate, intelligent and fun kid Kaden is, his mom, Courtney, can’t wait to see the type of man he grows up to be. His parents are so proud of the warrior Kaden has proved to be, and they’re grateful this all happened when he was so young and resilient. Courtney still looks back in wonder at a video she took of her son post-surgery – Kaden just had his kidney removed, but he had no trouble smiling for the camera.

For families facing similar challenges, Courtney’s advice is to, “Stay strong. Stay positive. Stay hopeful – especially on the darkest days.” Their family discovered that through the toughest challenges, they found their greatest strength.

After Kaden’s diagnosis and recovery, Alex’s Lemonade Stand Foundation (ALSF) has served as a motivation for Courtney to start her own nonprofit in her son’s honor. Kaden and his family believe ALSF is a sweet example of what can be accomplished when people band together and fight.

Donate in Honor of Kaden Today!