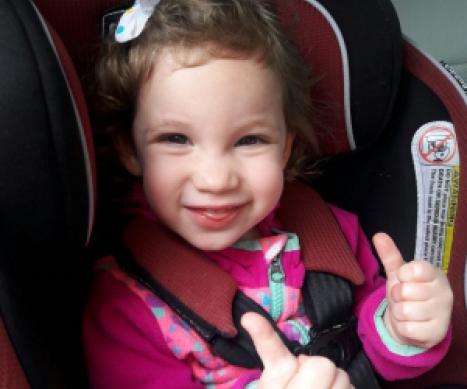 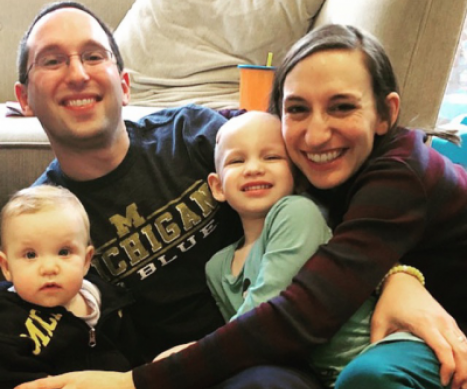 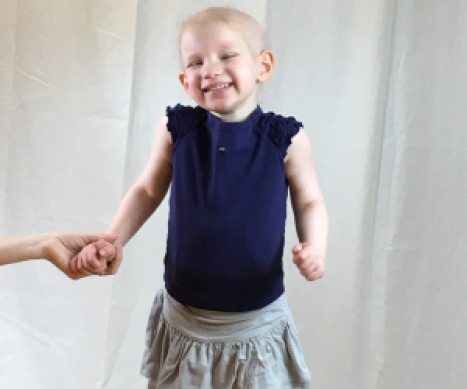 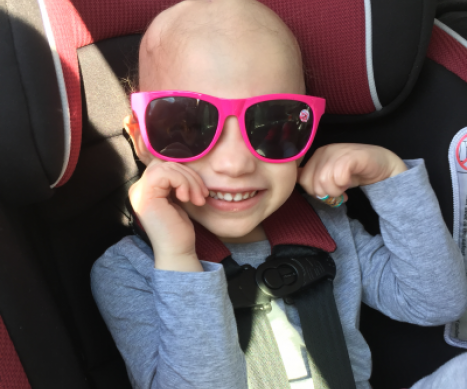 Maddie was always a smiley, happy little toddler able to light up any room. She loved dressing up, playing, singing, dancing, laughing and all things Disney. While recovering from a cold in April 2017, she felt an escalating pain in her neck. About a week later she started presenting rashes on her hands, and at her doctor’s suggestion Maddie’s parents took her to the ER.

This decision turned out to be life changing. During an MRI, doctors at the Lurie Children’s Hospital in Chicago discovered a growth covering four levels of her spinal cord, and over the course of the night, the entire left side of her body became paralyzed. She was diagnosed with a rare form of cancer, atypical teratoid/rhabdoid tumor (AT/RT).

Maddie surpassed all expectations when it came to her treatment. After bravely enduring a six hour surgery, her tumor was completely erased and she could walk again. It was a medical miracle. She then smiled and played through less than two weeks of inpatient rehab at the Shirley Ryan AbilityLab, and even an aggressive 52-week chemo protocol couldn’t keep her from dancing around her room.

For eight months Maddie truly lived, cancer-free, smiling and dancing. Unfortunately, the disease recurred and she passed away on January 4, 2018. But her story is not over.

Maddie is a hero, inspiring her parents to start Dancing While Cancering, a foundation to bring joy to the inpatient hospital experience, and to publish Maddie’s Miracles, a book about her amazing journey. From June 1-9, 50% of the proceeds from Maddie’s Miracles will benefit Alex’s Lemonade Stand Foundation (ALSF) and the fight against childhood cancer.

Maddie’s parents see ALSF and Dancing While Cancering as two sides of the same coin: both missions driven to spread awareness of childhood cancer by sharing the inspirational stories of children enduring these hardships. There is always a reason to smile.

Donate in Honor of Maddie Today!