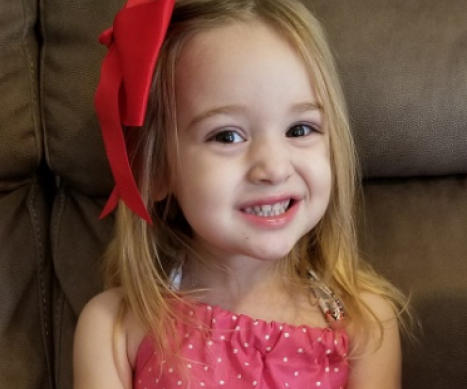 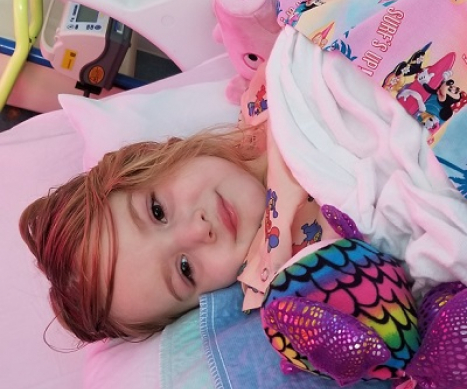 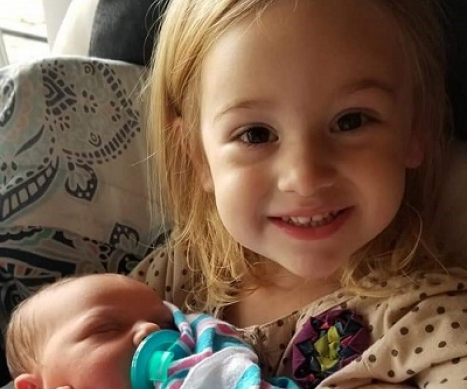 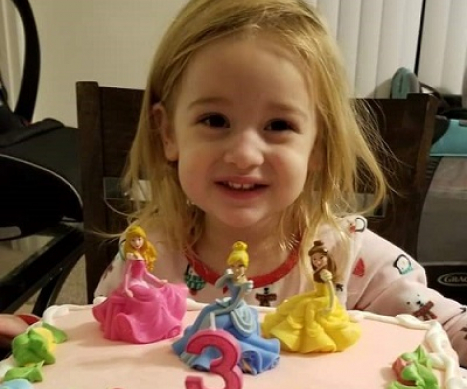 Mikaila was a sweet and spunky girl whose three years of laughter and smiles made for a lifetime well spent.

In March 2019, Mikaila seemed perfectly healthy when she suddenly started vomiting. The pediatrician wrote it off as a virus and sent her away with medicine, but a few days later, things got worse. She began struggling to walk and no longer wanted to eat or drink. A second trip to the pediatrician, got them redirected to the local emergency room, where she was flown out to Orlando. There, she underwent a brain biopsy that revealed a rare type of brain cancer.

Mikaila was diagnosed with a primitive neuroectodermal tumor (PNET) without primary – meaning she did not have a primary mass or tumor. There were free-floating cancerous cells throughout her central nervous system and encapsulating her brain. She was also diagnosed with a rare complication, called leptomeningeal disease – which causes cancer cells to migrate to the cerebrospinal fluid.

With a survival rate below 1%, doctors estimated she only had a maximum of two months left. Their only treatment option was full cranial and spinal radiation and chemotherapy. After days of prayer and research, her parents decided to initiate hospice instead, so their daughter could spend her final days as her joyful, bubbly self, unaware of the extent of her illness. The family put on brave faces and maintained the most positive attitudes they could. The Make a Wish Foundation was able to light up Mikaila’s smile by giving her family a trip to remember in Walt Disney World.

A week after their vacation, in May of 2019, Mikaila passed away. Her parents and seven siblings miss her every day, but by raising awareness for childhood cancer, they have become her legacy. After hearing about Alex’s Lemonade Stand Foundation’s (ALSF) Million Mile event, the Stafford’s formed a team called “Roo’s Crew” – to honor a nickname they gave Mikaila. They’ve also joined the SuperSibs program, hosted a lemonade stand at their clubhouse, held an event with a nearby Lily Pulitzer store, connected with local businesses to set up donation boxes, and started a tapping event with a close-by brewing company, all to benefit ALSF.

Fighting for Mikaila’s cause has given their family a way of coping with their loss by making a difference. They may not be able to turn back the clock, but they manage to move forward with strength, inspiring others to join in a continuous battle. As long as they have Mikaila in their hearts, the Staffords will never give up.

Donate in Honor of Mikaila Today!