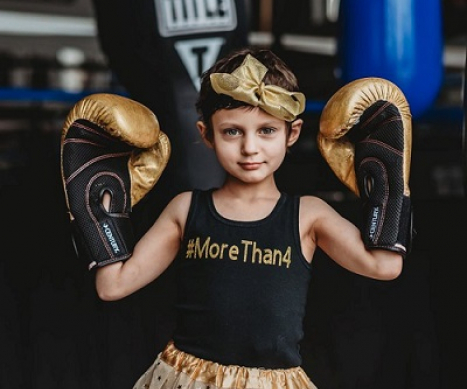 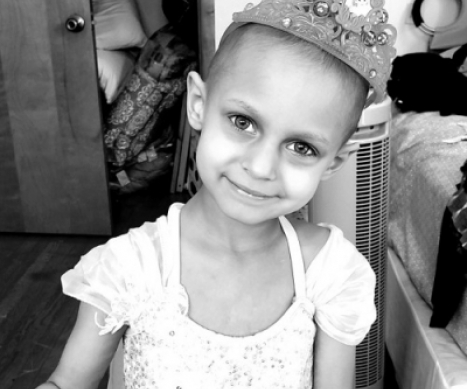 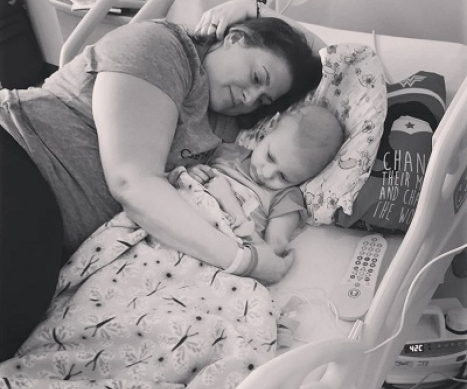 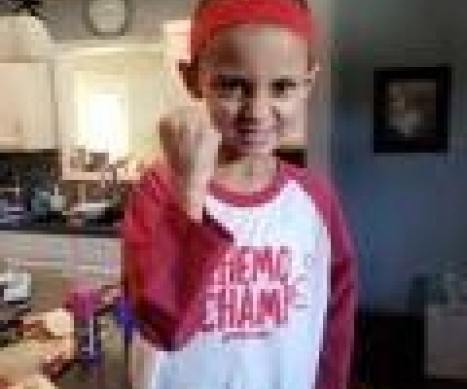 Nora may be a shy little girl, but she is fierce! At 6 years old, Nora enjoys a nice PB & J sandwich, ice cream or some Cheetos while watching Paw Patrol. She loves playing with her LOL Surprise Dolls and letting her imagination run wild with paints or crafts. Her funny and kind spirit makes Nora her older sister's best friend, and with a clever mind, she has earned the title of kindergarten graduate.

When Nora went to the pediatrician for her 4-year check-up, her parents thought it strange that her labs revealed low hemoglobin levels. Since she was recently diagnosed with celiac disease and a picky eater, they weren’t too concerned. Nora complained about intermittent pains in her arm, but the doctor could find no explanation, and the family went on their way. After a passing fever, Nora seemed healthy, until one evening, when her mom noticed how large her daughter’s stomach looked during a bath. The look on the pediatrician’s face confirmed their family’s worst fear. Akron Children’s Hospital gave her the official diagnosis, stage IV high-risk neuroblastoma.

Since her diagnosis in January 2018, Nora has traveled a long road in treatment. She’s undergone six cycles of induction chemotherapy, a stem-cell transplant, 12 cycles of radiation, six courses of immunotherapy, plus multiple surgeries and scans. She finished this protocol in March 2019 and began a DMFO trial shortly after with Dr. Streby at Nationwide Children’s Hospital. For a few months Nora seemed cancer-free. Unfortunately, she recently relapsed. She had her port put in and is starting chemo again.

Nora’s mom, Amy, is hopeful that her daughter will reach cancer-free status permantently so she can go to school, regain her strength and be happy. Even after experiencing hearing loss and a hot pink leg cast from chemo, Nora refuses to slow down. Her family is in awe of her resilience, how her infamous stink eye in the hospital never stopped her from playing or joking around. Although she was a shining star before beating cancer, now her family sees her as a total Rockstar!

It wasn’t until the end of Nora’s initial treatment that Amy felt she truly found her voice, giving other cancer parents tips to help make things go a little smoother. Counseling for her PTSD has aided Amy in finding a new normal. Her newfound passion for helping other cancer families and raising awareness for their cause has left her wanting to scream it from the mountaintops. “These kids deserve more,” she says.

When Nora’s family looks at Alex’s Lemonade Stand Foundation (ALSF), they find it difficult to imagine the strength of the founding Scott family. ALSF has provided the Sabella’s with t-shirts and goodie bins in their tough times, and they are glad to know the organization helps so many other families just like theirs. Now, Amy continues to pray for more cures, never-ending health for her daughter, and victories for all their childhood cancer buddies who are still fighting.

Donate in Honor of Nora Today!