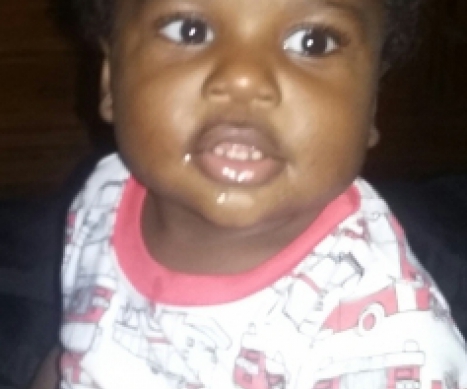 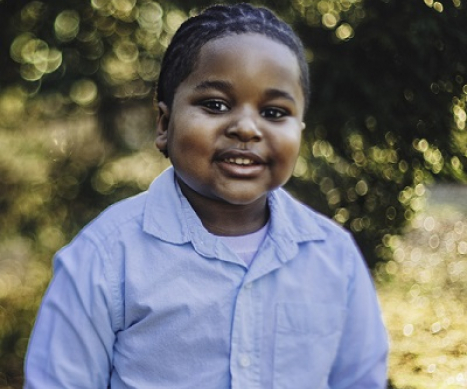 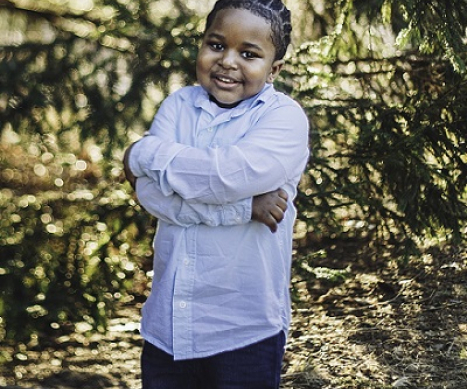 Raymeer is the best thing that happened to his family and friends. Most know him as “Baby Bacon,” a nickname given to him by his nurse because his name is Raymeer Bacon-El. He is a 1-year-old that is full of love and life. He enjoys meeting new people and people enjoy meeting him. He is a ladies man and a big flirt. He loves to have books read to him and definitely loves the outdoors. He’s not too cool with swimming, but he’ll be taking swimming lessons.

Raymeer was diagnosed at 4-months-old with undifferentiated soft tissue sarcoma. One night while he was at home with his father, his tumor stopped him from breathing. When his mom arrived home from work the next morning, his father informed her about what happened. Before all of that, they couldn't figure out why his hair was coming out and his skin was changing. From then on for a year, Children’s Hospital Of Philadelphia (CHOP) became their second home.

From April 2015 until January 2016, Raymeer received chemo every other week. Then February and March of 2016, he had proton therapy. Now, he just does physical therapy at CHOP and at home. He had to learn how to walk all over again.

Raymeer’s mother Torey hopes for him to live his life to the fullest. She would love to see him play any sport that he chooses to play. Also, she hopes he will show other children that they too can be a hero like him. He is a hero because he made his family stronger.

Torey wants others who may have recently received a cancer diagnosis to know that it's not an easy road to go down or an easy pill to swallow. Sometimes through the struggle, you have to be humble and strong but it's ok to cry. When you’re done shedding your tears, get back up, dust yourself off and smile again. No one wants to see their child at any age suffer and be in pain.

Raymeer’s family has a close relationship with ALSF. To Torey, ALSF means that a cure will be found and she hopes that day will be soon. ALSF puts smiles on families’ faces. “They always ask about Baby Bacon which shows that they really care,” said Torey. “They mean a lot to us.” ALSF has also assisted the family with the Travel for Care program. The family participated in the CBS Telethon in 2016. They enjoyed it so much they look forward to volunteering again next year!

Family quote: "Continue to be the heroes that you are. Nothing can keep us down!"

Donate in Honor of Raymeer Today!