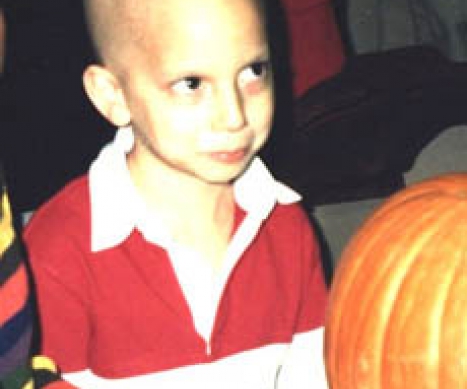 Robert Dimitri Haytko was born in June 1980.  At four years old, he was diagnosed with neuroblastoma, and after chemotherapy and a bone marrow transplant, went into remission.  However, the cancer came back stronger than before and, at seven years old; he was able to rest among the angels shortly after Halloween 1987.  Although it has been over twenty years since Robert’s death, his faith and legacy continue to touch his family and all those who have had the privilege to know him after his death through stories, memories, and his artwork.  His life on earth was short, but his impact endures.

When his mother was asked what she remembered most about him, she recounts the depth of his faith in God.  At a time when many adults would question why a child would suffer so much, Robert kept his thoughts focused on God’s love.  His detailed artwork shows brilliant bursts of yellow- his interpretation of God’s presence- hidden behind trees or peeking out from behind the characters he created.  His life led others to rediscover the faith that they had lost or cast aside, something that even now his mother considers a great gift.

A young boy who loved to play with his older brother, Peter, Robert loved movies (especially An American Werewolf in London and old monster movies, like Frankenstein), drawing and writing stories. Favorite family pictures show him in his ninja costume.  And, even when his energy was low, he could always be found enjoying his beloved ice cream sandwiches and “spaghetti and spaghetti meat” (chicken parmesan).

One of the most difficult emotional battles Robert fought was watching his hospital friends, especially his dear friend “T,” pass away.  From the group he met during his first diagnosis, Robert was the only survivor.  At a time when the fatality rate of neuroblastoma diagnosis was extremely high and treatments, like bone marrow transplants, were still considered experimental, it was a painful blow to a young child to lose the friends he was so close to.  After asking trick-or-treating to favorite neighbors, friends, and family, he asked to watch the film “The Ten Commandments” before passing away in his mother’s arms in the early morning of All Saints Day.

In spite of better odds today, pediatric cancer research continues to be underfunded.  Organizations like Alex’s Lemonade Stand Foundation are the primary funders of research into diseases like neuroblastoma and the money raised by teams like Robert’s Run for the Lemon Run directly fund research that may lead to cures.

Seven years may not seem like a long time when viewed through the scope of an eighty year life; but Robert’s life- and death- has had a lasting effect on those who love him and his example continues to fuel his family and friends as they lace up for the Lemon Run to raise funds in his memory.

Written by the Haytko family
September 2011 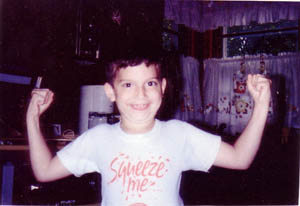 Donate in Honor of Robert Today!