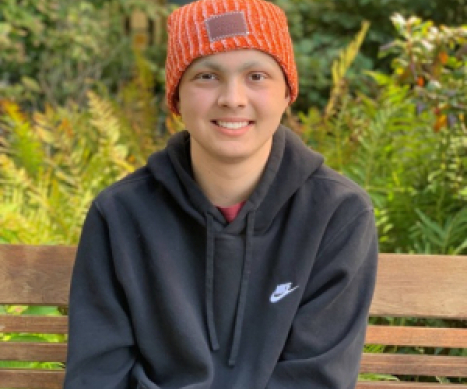 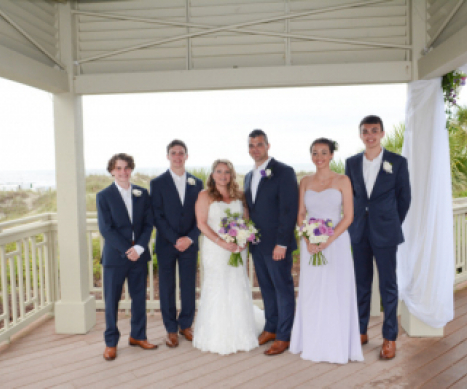 Ryan is a 15-year-old high school freshman who loves basketball, golf, video games and the beach. He’s a very resilient and positive person whose constant joking and smiling face gives his parents their strength.

In the fall of 2019, he started training for the basketball team by going to daily workouts after school. He was excited and hopeful to make the team and play the game he loves. Then, in late October/early November, he started complaining about pain in his right leg. His dad, Kyle, and stepmother Cathy took him to physical therapy thinking he had a sports injury, so he began therapy treatments. In mid-December, he started complaining about shortness of breath and heaviness in his chest after a workout, so they took him for an EKG, and it was determined that he had exercise-induced bronchospasm, so he was prescribed some albuterol to take after workouts.

In January 2020, after six weeks of physical therapy on his right leg and no progress, it was recommended that he see an orthopedic specialist. That’s when they took him to an orthopedic surgeon for an X-Ray. The results were clear - Ryan had a tumor and he needed immediate attention. After a whirlwind week of tests and scans, Ryan was diagnosed with stage IV osteosarcoma. There was a large tumor on his right femur and multiple tumors in both his lungs.

Treatment started in February, and they’ve suffered multiple setbacks since, including a pneumothorax after his first treatment. They thought things were going well initially, but in April 2020, Ryan's femur broke as he went to go sit down into a chair. He spent the next six weeks in a soft cast. His surgery was scheduled for May, and while they hoped to salvage his limb, the tumor had consumed too much of Ryan's muscle and soft tissue. The only option was an above-the-knee amputation. He has received a prosthetic leg that he uses now as treatment continues.

To his parents, Ryan is the strongest and most positive person they have ever had in their life. He has always brought a smile to their faces every single day of his life. He is fighting the toughest battle of his life and he teaches them perspective with his unrelenting attitude and will power to defeat this horrible disease. He is their heart.

For their family, it is important to support pediatric cancer non-profit organizations because they provide so much support and hope to parents and families that are completely overwhelmed with their child's diagnosis. Sometimes Ryan’s parents still feel in shock, don’t know what to do, or where to turn. When they realize they aren’t alone, it gives them some sense of relief that there are others out there to help guide and support them along this arduous journey.

Donate in Honor of Ryan Today!