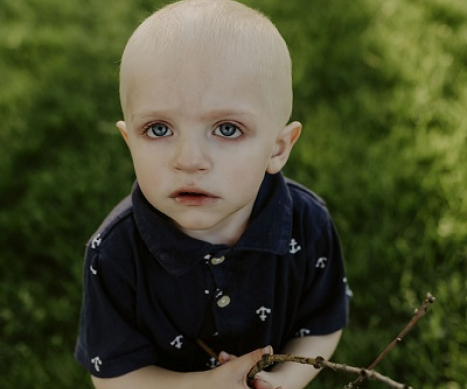 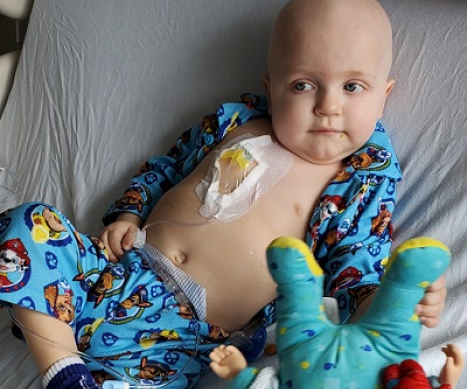 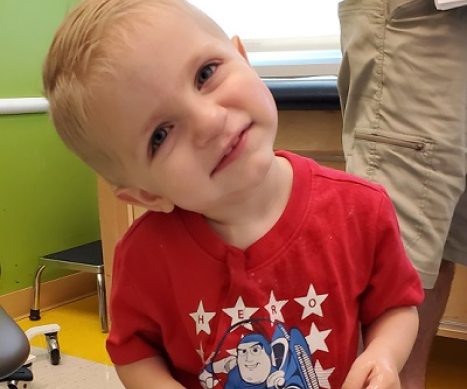 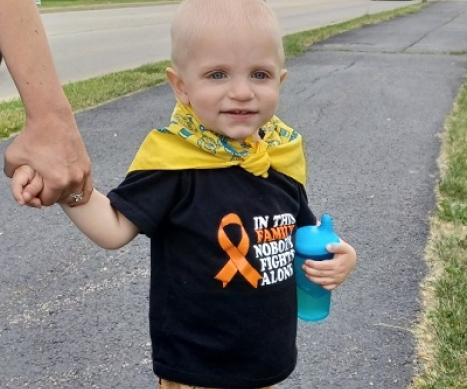 Wyatt has always been a happy and loving boy. He loves Iron Man, Spiderman, Blippi and playing with cars. He is very talkative for his age and adores his family, especially his big sister, whom he is always copying and annoying.

Wyatt was not yet 2 years old when his family noticed he started acting differently from his happy self. He wasn’t playing and napped a lot more than usual. His appetite depleted and he was having trouble using the bathroom. He would wake up crying as if he were in pain. He would get random fevers that urgent care would tell his family were just normal viruses. An on-call pediatrician also told them that he was just constipated.

Three days after these frustrating appointments, Wyatt got worse and started to vomit. He was rushed to the ER, where his family was told his hemoglobin level was critically low at 2.1. He was then taken to Ann & Robert H. Lurie's Children's Hospital in Chicago where he was admitted to the ICU for blood transfusions. At 4am, Wyatt was diagnosed with acute lymphoblastic leukemia.

Wyatt went through intense treatment for a year, with varying phases and different chemotherapies.  He currently has a port in his chest through which he receives daily chemo at home. He also still undergoes spinal taps and IV chemo at the hospital. Since leukemia can hide in blood, Wyatt has a year left of treatment left so doctors can make sure all of the cancer in his body is eliminated.

“He is my hero because he is my son,” said Kaylee, Wyatt’s mom. “He has shown strength only heroes have. He smiled on the difficult days and helped me get through days that I was terrified. He's been through very scary and intense medical things but has already grown and overcome so much.”

Kaylee held a lemonade stand in June 2022 with Alex’s Lemonade Stand Foundation in support of Wyatt’s fight. Her hopes for the future are that Wyatt will be a survivor with little or no side effects, and that her family keeps helping the pediatric cancer community even after Wyatt rings the bell. She would love to have our own foundation to help the heroes and their families during this very difficult journey and to help spread awareness of pediatric cancer. She wants to see more funding, a cure, or at least a breakthrough in treatment for these children.

To families who may also be facing a childhood cancer diagnosis, Kaylee says you aren’t alone. “There is an army of us here for you, praying for you, fighting alongside you and we see you,” she encourages. “You will still have good days and you will never take them for granted again. You will see your hero receive love and support like never before.”

"Wyatt, after you ring the bell you'll just keep growing up but you won't have leukemia anymore." - Wyatt's sister