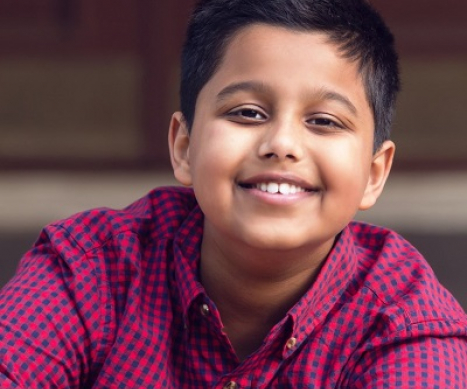 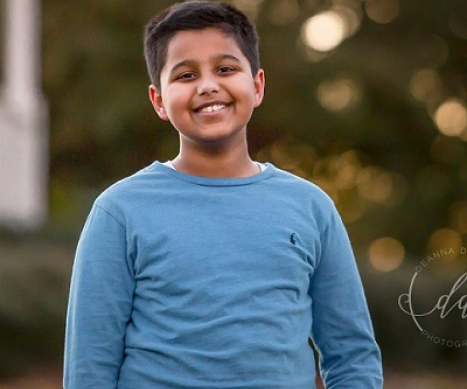 Get the facts about Predisposition and how our research projects are making a difference.

A spirited 11 year old who lives life to the fullest, Yash is passionate about many things. He enjoys sports, especially the North Carolina Tar Heels, and is the basketball manager of his middle school team. He likes statistics, politics, economics and arguing. He has a great interest in Roman and Greek mythology and loves the Percy Jackson and Harry Potter series. He also plays the violin in his school band. Making the most of every day is important to him, so he dislikes sleeping.

But Yash was almost unable to pursue these passions. At 4 years old he started showing symptoms of rectal bleeding. His family went through the diagnostic odyssey of exploring various options for the next two years – it wasn’t until Yash was 6 that he had his first colonoscopy and received a diagnosis. He had colonic polyps, a small gathering of cells in the lining of his colon that could develop into cancer.

Yash was monitored for another two years after that. Then, doctors discovered he had a rare childhood cancer predisposition syndrome called CMMRD, or constitutional mismatch repair deficiency. He underwent a proctocolectomy, and has since received aggressive scans, procedures and surgeries. Because of the CMMRD, Yash has fought multiple cancers including small bowel cancers and ampullary cancer. Most recently, he endured surgery to remove stage I small bowel cancer at the Dana-Farber Cancer Institute. Unfortunately, there is no underlying treatment, prevention or cure for CMMRD.

Moving forward, Yash will continue to be monitored at Boston Children’s Hospital. With routine and proactive monitoring, his family is hopeful to catch early development of cancer and treat it before it progresses. They want him to be “the boy who lived” just like Harry Potter.

Yash is his family’s hero because he does everything with a smile even when he is not feeling his best. He doesn’t let anything stop him. They hope he defies all the odds and creates a legacy for himself that the medical world can recreate for other children with this condition. They also hope he makes it to his favorite college, the University of North Carolina at Chapel Hill, to study whatever his heart desires.

Yash’s spirit is an inspiration to his family, who try to live each day by the simple fact that they are here and will make the most of it. This is especially powerful as Yash lost his younger sister, Ira, to multiple rare conditions when she was 4. She was his inspiration while she fought through her own medical interventions, and her legacy continues through research. The advice Yash’s family gives to other families who are going through a cancer diagnosis is to remember it’s not a sprint, but a marathon.

ALSF is hope to them: hope for a cure, hope for support and hope for the future. There’s a lot of light at the end of the tunnel if we all have hope.

Hero quote: “I light the way for other kids who like sports but have cancer and are unable to fight like me.” – Yash

Donate in Honor of Yash Today!