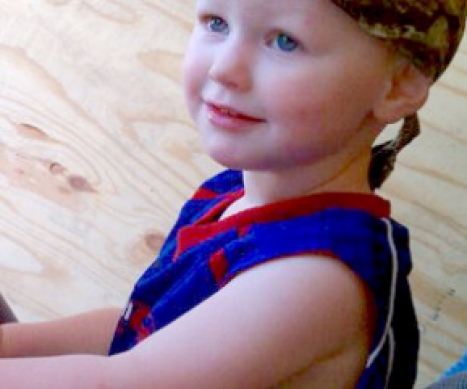 Zack is only 4, but he is very bright and very brave. He is a loving ray of sunshine and brings hope to those whose lives he touches. With love, prayer and good medicine, Zack and his family are fighting ATRT, a rare tumorous cancer that has grown in Zack’s right kidney and onto his heart.

Zack had been a healthy, energetic, happy child and always had great wellness checkups, the last only a few months before being diagnosed with ATRT. One morning he showed some alarming symptoms: he was running a fever and there was some blood in his urine. An X-ray at a local hospital showed that he had a tumor on his kidney. His family was then transferred by ambulance to The Children's Hospital of San Antonio.

Zack had surgery to biopsy his kidney and install a port-a-cath in his heart. He was treated with chemotherapy, four blood transfusions (so far) and one platelet transfusion. In a few weeks he is set to have an extensive surgery to remove his kidney, scrape the growth out of the hepatic vein of his liver, possibly remove part of an IVC vein and replace it, and remove the growth on his heart. This will be followed by more chemotherapy and radiation treatment.

Even at such a young age, Zack is extremely considerate of other people and would share his only cookie and give someone else the bigger piece. He is an excellent problem solver who loves to build things. He is the baby of his family, and his favorite characters are Tow Mater, Teenage Mutant Ninja Turtles, Jake and the Neverland Pirates and Little Einsteins.

His family hopes that Zack will make a full recovery and grow to be a young man who tells the story of how God's Love pulled him through cancer so he could make a difference in the world.

Quote from hero: “I am not here to lose. I love my family. I can even take my shots without crying - I just don't want to see them do the shot!”

Update: April 2014
Zack had major surgery on April 9, 2014 and is still in the PICU’s intensive care unit. The kidney tumor came out easily. They got what they could safely get out of the liver. No evidence of any spread tumor elsewhere, and thankfully the left kidney is working well. Zack's heart and lungs looked strong and healthy. When the Cardiologist was working on Zack's heart to remove the cancer, he did notice a small hole in his heart (a common issue that affects 15% of people) and repaired it, thus saving Zack from a possible stroke later in life. The after pictures looked good and doctors think they got all of the cancer.

To date Zack has had 8 blood transfusions and 2 platelet transfusions. On April 14 he was able to try solid foods and on April 15 the two tubes in his chest will be removed.   He is recovering and even went for walks around the hallway with assistance. We are still praying for a full recovery, and for the fluid around his lungs to drain, so that they might remove them and eventually he can come home. His brothers and sisters miss him and so do we! 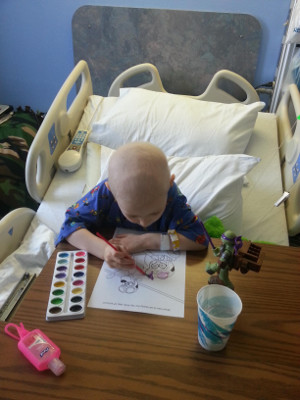 Donate in Honor of Zack Today!