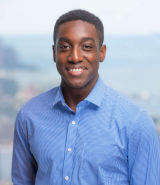 Leukemia is the most common pediatric cancer, and acute myeloid leukemia (AML) is the second most prevalent subtype. The improvement in pediatric AML survival rates over the past decades is largely attributable to intensive treatments such as high dose anthracycline-based chemotherapy, but these treatments also contribute to short-term complications and long-term morbidities that patients face even years after remission. Anthracycline use specifically has been associated with cardiac dysfunction, and measures of cardiac function, traditionally the left ventricular ejection faction (LVEF) and shortening fraction (SF), are used to guide clinical decisions on treatment regiments to limit these harmful effects. Decline in LVEF, however, does not consistently preclude irreversible myocardial damage and dysfunction, suggesting that better predictors of cardiac damage may offer more effective ways to judiciously prescribe anthracyclines while protecting the heart from toxicity. Though other measures such as myocardial strain and strain rate have shown promise as potential substitutes for LVEF, their association with future cardiac dysfunction has not been identified in pediatric AML populations. During my summer research experience, I will provide research support to Dr. Getz’s ongoing projects. The projects aim to better characterize early signs of cardiac dysfunction through deep echocardiographic (echo) phenotyping in pediatric patients receiving anthracycline-based chemotherapy for AML. The goal is to identify early markers of future myocardial damage in an effort to allow for more timely initiation of cardiac-directed interventions to prevent irreversible cardiac functional decline. These projects will contribute to our growing understanding of the interplay between chemotherapy and cardiotoxicity.