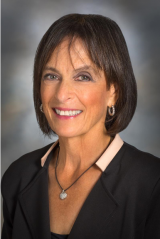 Background
Advances in chemotherapy strategies have improved survival rates for childhood cancer to 80%. However, there are >400,000 survivors where cardiac disease related to cancer therapy is the leading cause of mortality. There is a correlation between total dose of doxorubicin (Dox) and overall survival in children with sarcomas but also a direct link between Dox dose and subsequent cardiac morbidity. We demonstrated that exercise during Dox decreased acute cardiac damage without interfering with Dox efficacy.

Project Goal
We hypothesize that specific exercise regimens, initiated during or after Dox treatment, will decrease acute Dox-induced cardiac damage and promote rapid recovery, thereby reducing late cardiac effects and improving cardiac health in survivors. Prior to initiating a clinical trial, bio-markers must be defined to confirm the success of the intervention in each patient. Using our pediatric cardiotoxicity murine model, we will identify serum biomarkers of Dox-induced cardiotoxicity and determine whether exercise modifies these markers. Obtaining this serum profile in murine models will allow us to monitor the success of the intervention in each patient and modify it accordingly. We will also determine if exercise initiated after Dox reverses late cardiotoxicity and whether exercise during or after Dox therapy improves recovery from a stress-related cardiac event such as a myocardial infarction. Exercise interventions are modifiable and can be leveraged to improve treatment outcomes and survivorship. Cardiomyopathies occur in 57% of childhood cancer survivors. Therefore, interventions that reduce Dox-induced cardiac damage can have a profound impact on cardiac morbidity in childhood cancer survivors, improving quality of life and longevity.

Project Update - June 1, 2020
Doxorubicin (Dox) is extremely effective against pediatric cancers. However, Dox damages the heart causing early onset of cardiac disease and heart failure in survivors, compromising both quality of life and long-term survival. At the present time, there is no way to identify patients at risk for developing heart failure, no interventions to prevent late cardiotoxicity, and no biomarkers to assess the effectiveness of an intervention. Using our pediatric cardiotoxicity mouse model, we showed that exercise during Dox therapy prevented Dox-induced heart damage, indicating that exercise is a potential intervention. In year one, we defined a set of circulating biomarkers that increased during Dox therapy which correlated with signs of heart failure as measured by echocardiogram. The biomarkers that we identified have applicability in the context of identifying which patients are at risk of developing cardiac failure as adults and those who will need more intensive cardiac follow-up and monitoring. Having a set of biomarkers that indicate acute heart damage also allows an exercise intervention to be integrated into the therapy protocol with the goal of preventing Dox-induced cardiotoxicity and decreasing the late cardiac morbidities seen in survivors. The biomarkers we have identified provide a way to monitor whether the exercise intervention is working during the time of treatment. This will facilitate the ability to adjust the intervention so that efficacy can be maximized. Performing a randomized trial to determine the efficacy of having patients exercise during therapy requires the identification of biomarkers to monitor the effectiveness of the exercise intervention. In year one, we also showed that initiating exercise after therapy-stimulated cardiac repair and prevented late cardiac failure. This is particularly exciting for patients with bone tumors as exercise during chemotherapy may be difficult due to the location of the tumor in the limb which may limit mobility. Reducing late cardiac morbidities is expected to improve heart function, and increase physical activity, longevity and the quality of life in survivors.

Project Update - March 2021
Exercise initiated during or after therapy decreased Dox-induced cardiotoxicity as quantified by echocardiography, cardiac morphology and cardiac fibrosis. Cardiac vessels from Dox-treated mice were damaged and had a change in the vascular cells that make up these vessels. This was not seen in mice that exercised during or after Dox therapy. Exercise therapy inhibited Dox-induced vascular damage and prevented both the acute and late cardiotoxicity induced by Dox. Exercise initiated during Dox therapy inhibited acute Dox-induced cardiotoxicity while exercise after Dox therapy promoted recovery of cardiac function and vascular repair. Exercise during therapy also inhibited the Dox-induced decrease in diastolic function as quantified by left ventricular posterior wall diameter in diastole at 12 weeks. Mice treated with Dox also had a significantly reduced survival rate following MI. By contrast, survival of mice treated with Dox+Ex was not significantly different from control mice. These results indicate that exercise inhibited both early and late Dox-induced cardiotoxicity and improved the ability to recovery from an ischemic event. These studies indicate that exercise interventions have the potential to decrease Doxinduced cardiac morbidity and cardiac late effects which may lead to improved survival for pediatric and AYA cancer survivors.