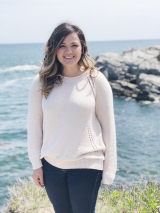 Background
Medulloblastoma is the most common malignant brain tumor in children. While 75% of patients are cured, survivors have significant neurocognitive and neuroendocrine impairments. Medulloblastoma is comprised of 4 distinct subgroups (WNT, SHH, Group 3 and 4) differing in mutational spectra, gene expression signatures and clinical features including outcome. MYCN amplified SHH medulloblastoma arises in the setting of p53 mutation and is the most aggressive and lethal of all medulloblastomas. Whereas medulloblastoma in general shows cure rates of over 75%, essentially all children with MYCN amplified, p53 mutant tumors die of their primary disease, with little response to first-line therapy. Since MYCN is undruggable, understanding mechanisms through which MYCN drives tumors promises to improve prognosis and quality of life for children with high-risk medulloblastoma. The Weiss lab has established a genetically engineered murine model with MYCN-overexpressing SHH type medulloblastma (GTML). We have shown that GTML tumors do not arise in murine models deficient in mTOR signaling (haploinsufficient for the mTORC1 target eIF4E). We identified translational targets, using the technique of ribosome profiling. Through this screen, we have identified 20 specific targets not involved in ribosomal processing.

Project Goal
I will be performing the synthetic lethality screen on five of these candidates that direct translation of proteins involved in one-carbon metabolism. In published literature, MYCN overexpressing neuroblastoma lines are susceptible to methotrexate, an inhibitor of MTHFR, the rate limiting enzyme in one-carbon metabolism pathways. First, I will validate the ribosome profiling data with polysome profiling and western blotting to confirm and prioritize that MYCN and mTORC1 cooperate to regulate the translation of these proteins. Next, I will perform a CRISPRi knockout of each gene in GTML lines, and perform growth, cell cycle and apoptosis analyses. Last, I will validate positive results in primary cultures derived from MYCN amplified and MYCN non-amplified PDX models.

Co-funded by:
The Swifty Foundation