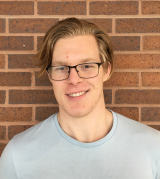 Background
Ewing sarcoma (ES) is a pediatric cancer that occurs nearly exclusively among individuals with substantial European ancestry, displaying one of the widest disparities in incidence compared with people of African or Asian ancestry. Although suggestive of genetic predisposition, ES is not linked to any high-penetrance genetic syndromes. Strikingly, 90% of ES tumors harbor a translocation-mediated fusion of the EWS and FLI1 genes, creating the potent EWS-FLI1 oncoprotein. EWS-FLI1 binds specific repeated DNA sequences adjacent to a broad set of genes, dysregulating their function and initiating a cellular program of oncogenic growth, metabolism and migration. The degree of dysregulation caused by EWS-FLI1 correlates with the length of these specific repeated DNA sequences, which differ based on individual ancestry.

Project Goal
We hypothesize that disparity in ES occurrence between individuals of European and African ancestry is linked to differing lengths of these specific repeated sequences in each population. We will utilize cutting-edge induced pluripotent stem cell (iPSC)-based tumor modeling and genetic engineering to test our hypothesis at a mechanistic level not possible using any other strategy – namely, we will induce EWS-FLI1 in iPSC derived from individuals with genetically-determined ancestry ranging from 100% African to 100% European. The results of this study will provide crucial insight into the role that genomic context plays in susceptibility to ES and will drive future research by identifying new, actionable drug targets for validation and therapeutic targeting. As fusion oncoproteins are implicated in several pediatric sarcomas, our strategy and findings are likely to have broad applications beyond ES.