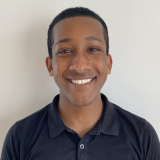 Since CAR T-cell therapy was approved by the FDA for the treatment of relapsed and refractory B-lymphoblastic leukemia, it has been widely used at the Children’s Hospital of Philadelphia for the treatment of pediatric patients with B-lymphoblastic leukemia. Over three hundred patients have been treated with CAR-T cell therapy here. By using autologous, re-engineered T cells to recognize and destroy CD19-expressing cancer cells, the therapy harnesses the power of the immune system to create a living drug with longevity. With these properties, CAR T-cell therapy is an option for patients that have failed other treatments. However, CAR T-cell therapy is not always successful after initial infusion. Many patients require reinfusion with the same or different CAR T-cell product. Laboratory correlates that may help predict outcomes of reinfusion have not yet been well described. This project aims to utilize common hematology laboratory parameters such as absolute lymphocyte count (ALC) to determine CAR T-cell expansion and efficacy on second infusion. Electronic medical record will be utilized to obtain archived laboratory material and data. Previous work has shown that ALC kinetics, the rate at which lymphocytes expand, correlate with treatment response and lack of response. Specifically, there was a characteristic rapid expansion of ALC then contraction phase in responders, and non-responders had lower peak ALC expansion and lower overall expansion compared to sustained responders. We will examine whether characteristic patterns may be seen as a result of reinfusion through comparison of different CARs and collecting data regarding pre-CAR disease, post-CAR disease, and relapse.