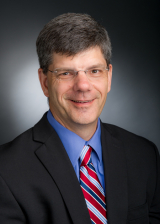 Background
Over the past two years, it has been discovered that subunits of the SWI/SNF chromatin remodeling complex are mutated at a high frequency in a variety of pediatric cancers. The SWI/SNF complex normally controls DNA accessibility and serves a central role in determining whether growth genes are turned on or off. Thus far, mutations in SWI/SNF genes have been recurrently identified in pediatric rhabdoid tumors, medulloblastomas, neuroblastomas, and Burkitt lymphomas - indicating a newly recognized and broad role in pediatric cancer. However, the mechanisms by which mutations of the SWI/SNF complex cause cancer remain largely unknown.

Project Goal
My laboratory focuses upon studying the SWI/SNF complex in pediatric cancers. We now have preliminary data from an unbiased search that we performed to look for genes that, when inhibited, blocked the growth of two types of SWI/SNF mutant cancers.

The findings were remarkable: more than 9,000 genes were screened, and in both cases the #1 hits were other subunits of the SWI/SNF complex. Based upon these surprising findings, we hypothesize an innovative conceptual mechanism of cancer formation: cancer arises not due to loss of SWI/SNF function, but rather due to aberrant function of the residual complex when one subunit is lost. Further, as supported by our preliminary data, we hypothesize that we can block the growth of these cancers via targeted inhibition of residual subunits. The goal of our proposal is to test these hypotheses and begin translation of our findings into novel targeted therapies for these aggressive SWI/SNF-mutant pediatric cancers.

What were you initially studying with your grant funded by ALSF?
Over the past two years, numerous cancer genome sequencing studies have revealed that subunits of the SWI/SNF complex are specifically inactivated at a high frequency in a variety of pediatric cancers including rhabdoid tumor, medulloblastoma, neuroblastoma, and Burkitt lymphoma. For example, SNF5, one of the core subunits, is specifically mutated in nearly all malignant rhabdoid tumors, highly aggressive and lethal cancers that arise in young children. In addition, the genes encodingthe ARID1A and SMARCA4 subunits are recurrently mutated in medulloblastoma, the ARID1A and ARID1B subunits are recurrently mutated in neuroblastoma, and the ARID1A subunit is recurrently mutated in Burkitt lymphoma. The SWI/SNF complex is a key mediator that controls DNA compaction and packaging, and it plays critical roles in the control of cell proliferation. Given the emerging broad role for mutation SWI/SNF complex in several types of pediatric cancer, this complex now becomes of major clinical relevance. However, the mechanisms by which mutations of this complex cause cancer formation and growth remain largely unknown. Thus, understanding the underlying mechanisms and identifying potential targets for cancer therapy have become urgent. Since the SWI/SNF complex is composed of several distinct core subunits, our hypothesis is that loss of specific subunits results in altered assembly and binding of the residual complex, which then causes erroneous gene expression and predisposes to cancer formation. Our proposal was designed to both identify the fundamental mechanisms by which these mutations drive cancer formation as well as to validate and build upon our preliminary findings that targeted inhibition of other SWI/SNF subunits may specifically stop the growth of cancers that are mutant for a SWI/SNF subunit.  We proposed to test a novel therapeutic approach for SWI/SNF-mutant pediatric cancers. Our ultimate goal is to translate our findings into novel targeted therapies for these aggressive pediatric cancers.

What have you found?
I am delighted to report that we have made outstanding progress, have confirmed our hypothesis that targeted inhibition of other SWI/SNF subunits specifically stops the growth of cancers that are mutation for a SWI/SNF subunit.  This suggests a model whereby mutation of one subunit of the complex causes the residual complex to “go wild” and make cells grow.  Our data indicate that therapeutic targeting of specific genes of the residual complex might effectively block these cancers from growing.  Our results were published in two papers this year: Helming et al in Nature Medicine and Wilson et al in MCB.

What does this mean for children with cancer and their families?
Because genes of the SWI/SNF complex are mutated in several types of pediatric cancer, our results reveal potential therapeutic targets for these cancers.

Has this research been published?
Yes, as above, in two new high impact papers.

What has this grant from ALSF allowed you to do that you wouldn’t have been able to do otherwise?
In this era of tight federal funding, the funding from ALSF has enabled us to carry out this work on pediatric cancers, which led to these publications, and now potential hope for new treatment targets.

Why did you choose to work in this field/on this topic?
There were three reasons I chose to work on this: