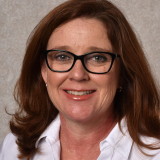 Rhabdomyosarcoma (RMS) is the most common pediatric soft-tissue sarcoma. Fortunately, through modern medical advances most children with localized tumors can be cured. However, children with metastatic disease at the time of diagnosis or who relapse after treatment have a poor prognosis and survival rate. The molecular events that distinguish these tumors are poorly understood. Compounding the roadblocks to new therapy development is the lack of understanding of the mechanisms that contribute to treatment resistance of these tumors. In our lab, we are trying to understand the way in which tumors become metastatic and resistant to drug treatment, so that we can interfere to kill the tumor. Inactivation of genes that regulate cell growth can lead to uncontrolled growth in cells and eventually can cause tumors. Because these genes suppress growth and prevent cancer, they have been coined tumor suppressor genes. Genes that regulate these important tumor suppressor genes can also play a role in cancer protection. One known tumor suppressor gene, p53, is regulated by a number of other genes. One of the most important negative regulators of p53 is MDM2. Our work has shown that MDM2 is altered by a process called alternative splicing by which sections of the gene are differentially excluded to make MDM2-ALT1 and thus promote the formation of RMS tumors.

Our proposed work will test the hypotheses that preventing alternative splicing of the MDM2 will likewise prevent cancer growth and progression to provide a therapy for RMS.

Co-funded by:
Flashes of Hope
Tap Cancer Out