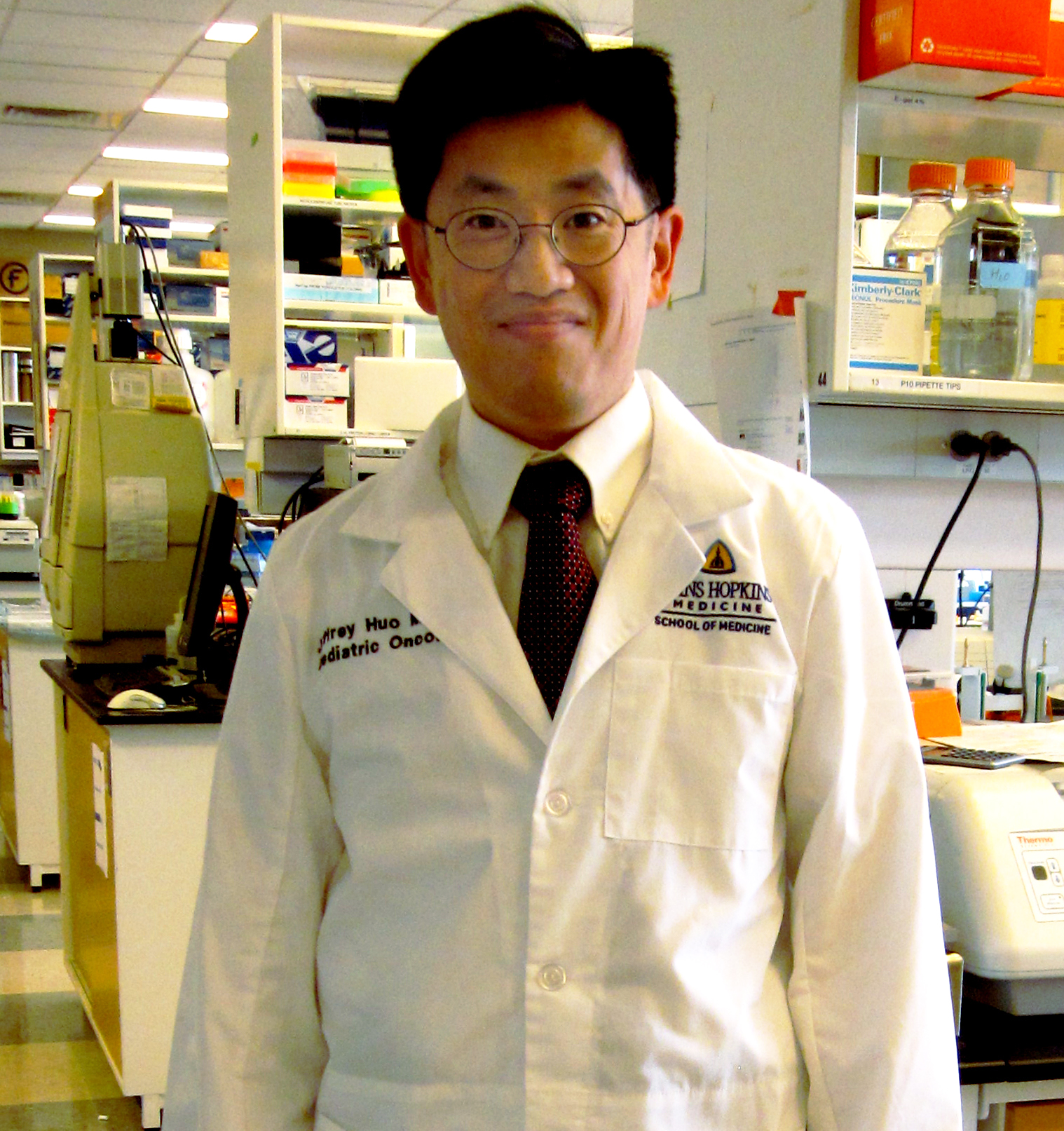 Dr. Jeffrey Huo, a first-time ALSF Young Investigator grant recipient and an instructor of oncology at John Hopkins University, authored a report on helping a young girl with relapsed T-cell leukemia, for which there are currently almost no treatment options. The young girl was diagnosed at 4-years-old and received a traditional matched bone marrow transplant from her sister. Six months later, she relapsed. Her team of doctors at Hopkins, including Dr. Huo and two of his mentors (also previously supported by ALSF Young Investigator grants), knew something new was needed to give the young girl a chance.

Traditional bone marrow transplants replace a patient’s cancer-ridden immune system with a genetically matched immune system from a sibling or a volunteer donor. However, it is thought that a cancer which learned to hide from the patient’s original immune system can also, sometimes quickly, hide from the new genetically matched immune system, leading to relapse. In response, researchers at Johns Hopkins and other centers developed new strategies to perform haploidentical (half-matched) bone marrow transplants from parents or siblings. Since the new haploidentical immune system only genetically half-matches the original, cancers have a harder time hiding again from destruction. This graft-vs-tumor effect can be further enhanced if necessary with booster shots called donor lymphocyte infusions. However, no one reported trying trying this before in T-cell leukemia. The family bravely decided to try this new approach, in hopes that it could save their daughter’s life.

After undergoing a haploidentical bone marrow transplant and two successive donor lymphocyte infusions, the young girl has been back in school for three years and is now free of disease. Dr. Huo and his mentors co-authored a scientific paper published in Pediatric Blood & Cancer about her cure, giving hope to other young patients faced with the same deadly dilemma.

Dr. Huo was inspired to become a physician-scientist by the doctors who saved his cousin’ life after he was diagnosed with childhood cancer. The grant from ALSF allowed him to join the faculty at Hopkins to continue his research and publish this exciting clinical works with his mentors.