I love to tell the story about how we became involved in Alex's Lemonade Stand Foundation (ALSF) because it is exactly what inspires our entire family to remain committed and stay involved.

My youngest child, Morgan, was diagnosed with neuroblastoma in 2013. Morgan had been having stomach pain and stopped eating. It was not unusual for her to stop eating, but eventually, her pain became so bad that she would not play. We took Morgan to three pediatricians in one week and finally convinced one to order a CT-scan. Immediately after the scan, we were sent to the local children's hospital. That day, we received Morgan’s diagnosis.

Her big sister, Meg, was by her side and her biggest cheerleader during her entire treatment. Meg already knew firsthand the devastating outcome a cancer diagnosis could bring after seeing two of her grandparents pass away. She immediately wanted to do something to help Morgan and all the other “cancer kids” like her. One afternoon while eating lunch at Red Robin restaurant, Meg read a placemat on the table about Alex Scott and ALSF. Meg was just 6 years old. She immediately started begging us to host our first lemonade stand. 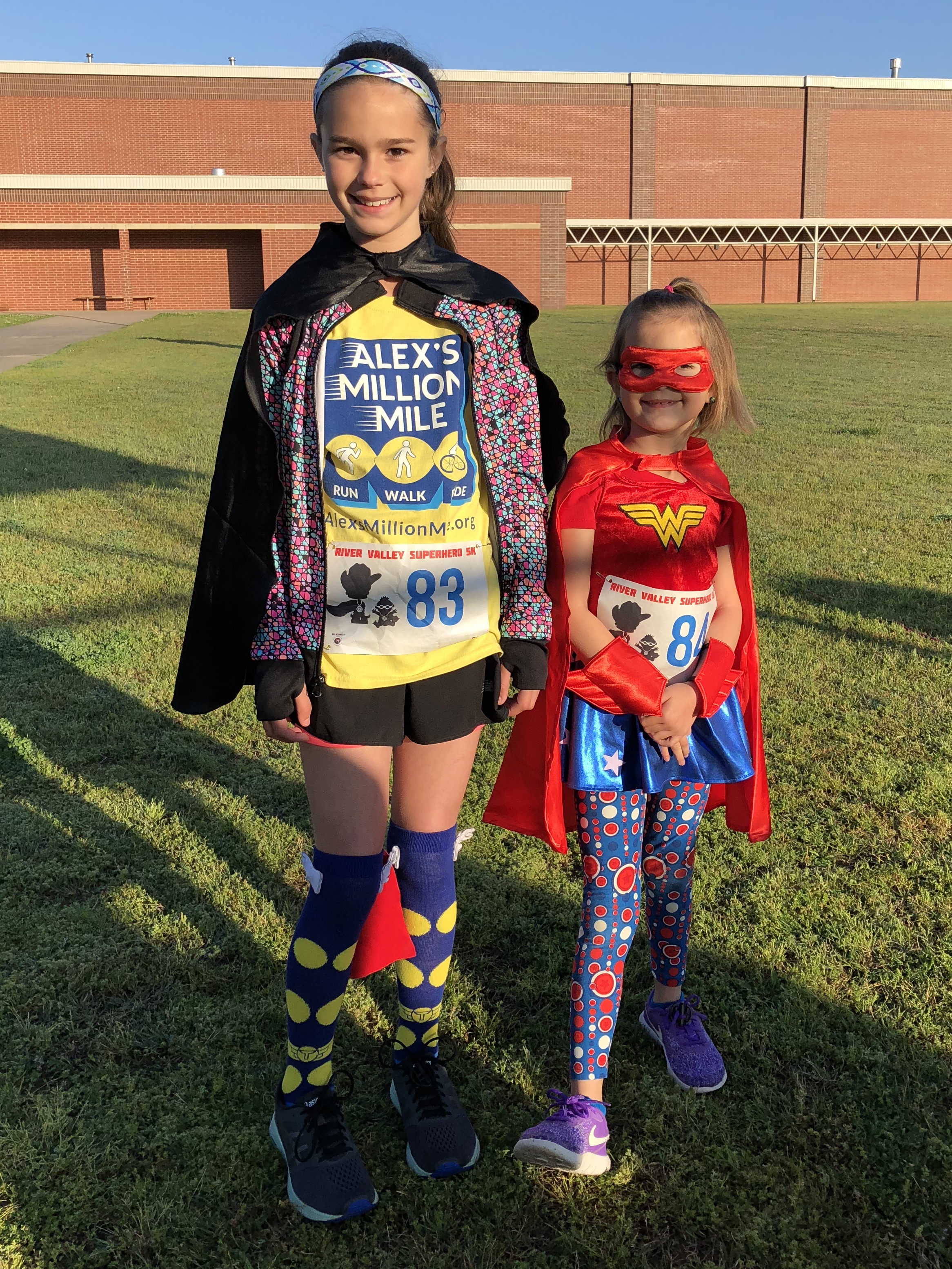 Later that year, Meg ran a 5K to support another family battling childhood cancer. Meg found her passion for running during that 5K. She kept running—and participated in a few more races all supporting various childhood cancer-related causes. Then, we read about The Million Mile. Of course, Meg thought this event was made for her. She asked our family and friends to form a team and began running, walking, biking and even rollerblading to rack up the miles.

In 2017, Meg captained her third Million Mile team raising over $8,400 and logging more than 2,000 miles. In the past 3 years, she has helped to raise over $20,000 for ALSF. Meg continues to run races, hold lemonade stands and raise awareness any way that she can to help fight childhood cancer. Her ultimate goal is to grow up to be a pediatric oncologist so that she can help kids like her sister, but she's committed to fundraising in the meantime.

Meanwhile, Morgan is now a happy 7 year old that is currently NED and ready to start 2nd grade.

Liz Schwehm is the mom to SuperSib Meg and childhood cancer hero Morgan. Under the leadership of her daughter Meg, Liz and her family have been taking a stand against childhood cancer since 2014. From lemonade stands to SuperHero 5k races to forming Team Morgan for The Million Mile, the Schwehm family is dedicated to going the distance to find cures for all children. Learn more about Meg and Morgan’s stories.

Want to go the distance this September for childhood cancer? Sign up for The Million Mile, today!