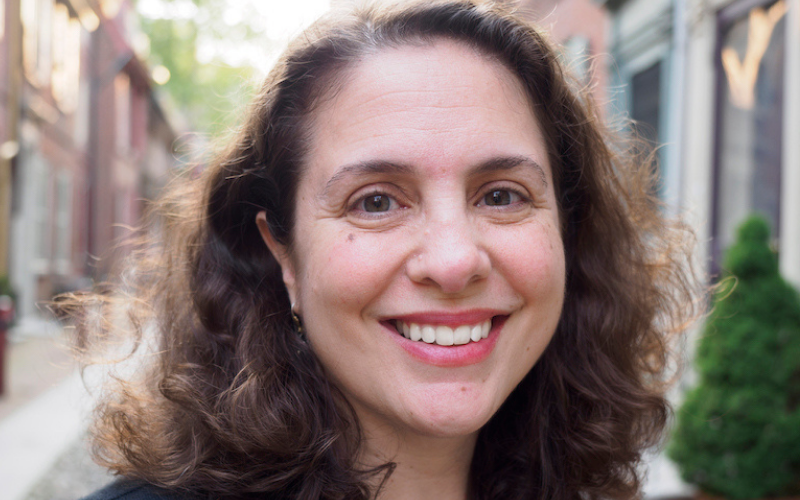 Alix Seif, MD, MPH, an attending physician at Children’s Hospital of Philadelphia, is two decades into her career as a leading childhood leukemia researcher, but her journey into unlocking the potential of immunotherapy was fate from the start. During her first year of oncology fellowship, her very first patient was a young baby with relapsed acute myeloid leukemia. He was waiting for new treatment ideas after frontline therapies had failed. Then, he developed an infection, one that could’ve been life-threatening. Instead, it proved lifesaving.

“He went into a spontaneous remission…it was such a concrete demonstration of what the immune system can do, and this was with no CAR T cells, no targeted anything, no leukemia treatment,” recalled Dr. Seif. “He just had an infection…we kept looking for the leukemia and we couldn’t find it.”

It left an impression, and Dr. Seif pursued that passion throughout her career. She’s followed a different route than most researchers, having transitioned from the lab to epidemiology, which studies how diseases occur in different groups of people and why. After starting out in pediatric oncology, she found the perfect partner to catalyze her career.

“Alex's Lemonade Stand Foundation (ALSF) was my first grant ever. And that was a game changer for my personal trajectory. It was just really exciting somebody recognized the value in what we were doing,” said Dr. Seif.

Her first grant, a Young Investigator Award in 2008 investigated a therapy that stimulates the immune system, much like an infection would. It was targeted for children with acute lymphoblastic leukemia (ALL). Using the theories of immunotherapy, Dr. Seif aimed to recruit the body’s own immune system to identify and kill cancer cells.

When a child relapses with ALL, they usually do not respond to chemotherapy, requiring new treatment methods. Dr. Seif’s project offered a new option, hopefully creating a treatment for kids with high-risk leukemia that’s both more effective and less toxic than chemo or a bone marrow transplant. It worked well in the lab and eventually led to early clinical trials. For Dr. Seif though, she saw an opportunity to study this effect on a grander scale.

That led to her epidemiology work, where she could study large data sets of kids with leukemia who developed serious infections, which activated the immune system similarly to how her therapy functioned in the lab, to understand the effectiveness of her approach.

“I think that my lab experience has really made the questions we ask a bit richer, and the epidemiology space has allowed us to come up with unique questions to ask in the lab,” said Dr. Seif.

Epidemiology may not directly study a novel treatment technique, but it can help accelerate research findings with fewer expenses, since some approaches can use data collected in the past versus waiting a decade to collect new data.

“If you have a lab-based hypothesis, then you have to take it into a clinical trial, and the average is around 10-15 years from the lab to the child. I think it’s just another tool, a relatively fast and less expensive tool for researchers,” explained Dr. Seif

Building upon her initial research funded by ALSF, in 2016 she received an ALSF Epidemiology Grant. Her project examined kids with leukemia across the U.S. to see whether those who develop severe infections are less likely to relapse than children without infections.

Dr. Seif’s team took a novel approach to gathering data. Instead of reviewing lengthy hospital records and medical charts, the team used billing information from a database of over 50 children’s hospitals. By looking at what services were billed, her team could understand whether a child had a severe infection or not. By comparing those kids who received services indicative of infection versus those that didn’t, they could see whether infections had any effect on relapse.

While they’re still working through the final findings to prepare for publication, one thing that was immediately clear from their dataset was that there were health disparities by race, ethnicity, and insurance. There were higher rates of complications in Black and Hispanic or Latino patient populations, as well as in patients who have public insurance.

“When we see disparities by race or ethnicity, we expect that these could be signs of social inequality. If a child comes from a neighborhood that has a high poverty rate, low median maternal education, or high unemployment rate, just coming from that neighborhood could mean they are more at risk to have barriers in getting care,” explained Dr. Seif. “If we can figure out which neighborhood factors have higher risks of severe infection, we can start to work on interventions to help patients get over these barriers.”

Their next steps are to drill down further and examine how area-based measures of social determinants of health impact severe infections in children with leukemia.

Her team’s research also found that hospitals with lots of publicly insured patients often were more likely to have increased deaths in these kids in the first month of treatment. Already, Dr. Seif is planning to use ALSF’s pediatric oncology student training program to have someone look at the 50 hospitals in their database and classify them by staffing metrics to determine if that’s related to the higher number of deaths at hospitals with the higher population of publicly insured families.

“When you think about health disparities, there are addressable things and not addressable things. If you have a genetic factor X, that may not be changeable,” detailed Dr. Seif. “But other factors could be. Children should get the same high-quality care no matter where they get their treatment.”

Throughout it all, Dr. Seif is thankful to ALSF for helping her get started and continuing to support her pursuit of safer treatments for all kids.

“I think it’s really hard to overstate how much impact Alex’s has had on my career and just on so many of us in pediatric oncology.”