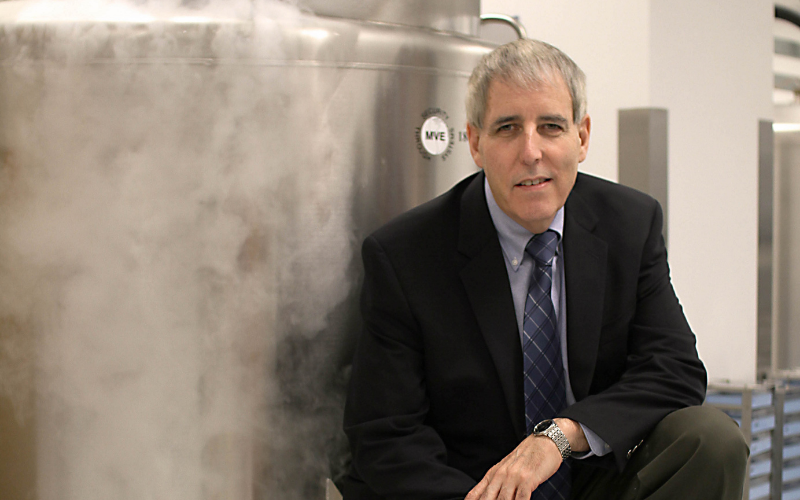 Chemotherapy has long been a part of the frontline treatment plan for kids battling high-risk neuroblastoma. But when neuroblastoma becomes chemotherapy resistant, doctors are left with a dwindling list of options for children, who are desperate for cures.

For these children, it is critical that researchers work to understand what causes this chemotherapy resistance and then find a therapy that works. One Alex’s Lemonade Stand Foundation (ALSF) researcher, Dr. Patrick Reynolds, made a discovery that could be a game changer.

The result: the discovery of a therapeutic agent that reversed chemotherapy resistance.

The results of his research were published on August 18, 2021 in Science Translational Medicine. You can read the full paper here.

In this study, the team specifically looked at alternative lengthening of telomeres (ALT), a process which happens in approximately 23% of high-risk neuroblastoma cases. ALT helps the neuroblastoma tumors grow and causes resistance to chemotherapy. Reynolds and his team showed that ALT cells depend on activating a protein called ATM and that a small molecule called AZD0156 inhibits ATM, which can reverse chemotherapy resistance in neuroblastoma laboratory models.

It is this small molecule that could lead to a treatment for children battling chemotherapy resistant high-risk neuroblastoma.

The next step is more research. Dr. Reynolds and his team will continue to work to study the potential of AZD0156. Through their collaboration with AstraZeneca, the team will work towards early-phase clinical trials to determine how to translate their discoveries to treatments for children.

About the Childhood Cancer Repository

The xenographs and cell lines in the study came from the Childhood Cancer Repository, which is funded in part by ALSF. Dr. Reynolds estimates that ALSF support has enabled the repository to expand to where it now serves more than 500 labs in 28 countries, giving researchers around the world free access to the tools that could lead to more cures for children.

The Repository has received over 3,000 donated tumor samples and stores over 100 PDX models and 300 cell lines. Tumor samples are donated by the children battling cancer at various stages of treatment. Families consent to this donation and fill in a critical piece of the research process.

“Ensuring that living cancer cells from patients are captured to study in the lab is critically important to research and only possible due to the willing participation of families,” said Dr. Reynolds.