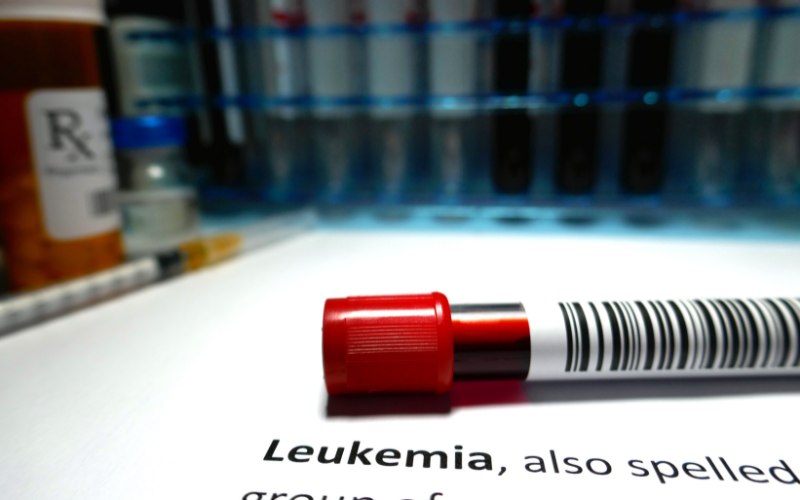 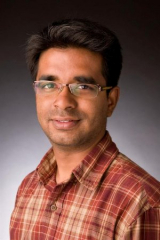 What if a specific type of diet could magnify the impact of a targeted childhood cancer treatment? That’s the question Dr. Palaniraja Thandapani had after his initial findings that T-cell acute lymphoblastic leukemia (ALL) relied upon a specific amino acid, called valine, to grow.

“That is an essential amino acid, and usually you acquire them from your food, it's not like your body can make them,” said Dr. Thandapani. “So that led to the idea that it can be targeted with the amount of availability of this amino acid in diet.”

This research was the genesis of Dr. Thandapani’s Young Investigator Grant from Alex’s Lemonade Stand Foundation (ALSF) in 2019.  Following two years of work alongside his mentor and fellow ALSF grantee, Dr. Iannis Aifantis, they published their results about the necessity of valine for T-cell ALL growth in Nature.

Their results showed that genes in cancerous T cells were more active in using up valine than normal T cells. During their initial experiments, blocking valine-linked genes stalled tumor cells from growing in the lab. To further test these results, Dr. Thandapani tried using low-valine diets in their experiments for three months to gauge its effectiveness in the lab.

For most people, the primary source of valine is protein-rich foods like meat, fish, soy and dairy. Since these specific cancer cells relied upon valine to grow, it made sense that cutting out those foods from one’s diet would deprive the cells of what they need to expand.

Testing with this diet showed promising results, reducing the blood cancer cells by at least half and occasionally to undetectable levels in the lab. When valine was reintroduced, the cancer progressed.

Importantly, Dr. Thandapani knows this isn’t a solution in and of itself. While low-valine diets may reduce tumor cells, it also isn’t sustainable long-term. A lack of protein in one’s diet brings its own set of side effects, including muscle wasting and brain damage. That’s why a low valine diet on its own isn’t viable, it must be combined with traditional therapies.

“My next step is to investigate if we can use this as an additional component during kids’ treatment? And would that actually improve their response as they get with the treatment?” pondered Dr. Thandapani.

For now though, they are still in the early stages of analysis. Dr. Thandapani is thankful to have reached this stage in part due to his ALSF Young Investigator Grant.

“I had funding for three years, so I could work on this project without being worried about where I’d get the money,” said Dr. Thandapani. “I think it also helped me feel good that this idea is interesting, because the grants are reviewed by experts and they thought this was actually an avenue that is worth exploring more.”

That’s a major part of ALSF’s mission, bringing the best and brightest scientists into the pediatric cancer space to explore fresh ideas that will lead to safer treatments and cures. Now, Dr. Thandapani is set to start his independent research group as an Assistant Professor at MD Anderson Cancer Center.

“ALSF really takes care of young scientists and nurtures them so that they can continue their progress contributing to science.”

ALSF supports all phases and stages of childhood oncology research, Attracting and retaining the best and brightest early career scientists is critical to the future of childhood cancer research. Funding at this stage will encourage and steer promising researchers toward long-term careers in pediatric oncology investigation.
Learn more about the ALSF grant program.