Childhood cancer happens everywhere. Each year, more than 17,000 children are diagnosed with cancer in the United States. Globally, it is estimated that 400,000+ new cases of cancer affect children each year; however, this number may be vastly underestimated due to large numbers of undiagnosed cases.

Despite these facts, childhood cancer research is consistently underfunded.

Every day, 47 kids are diagnosed with cancer in the U.S. 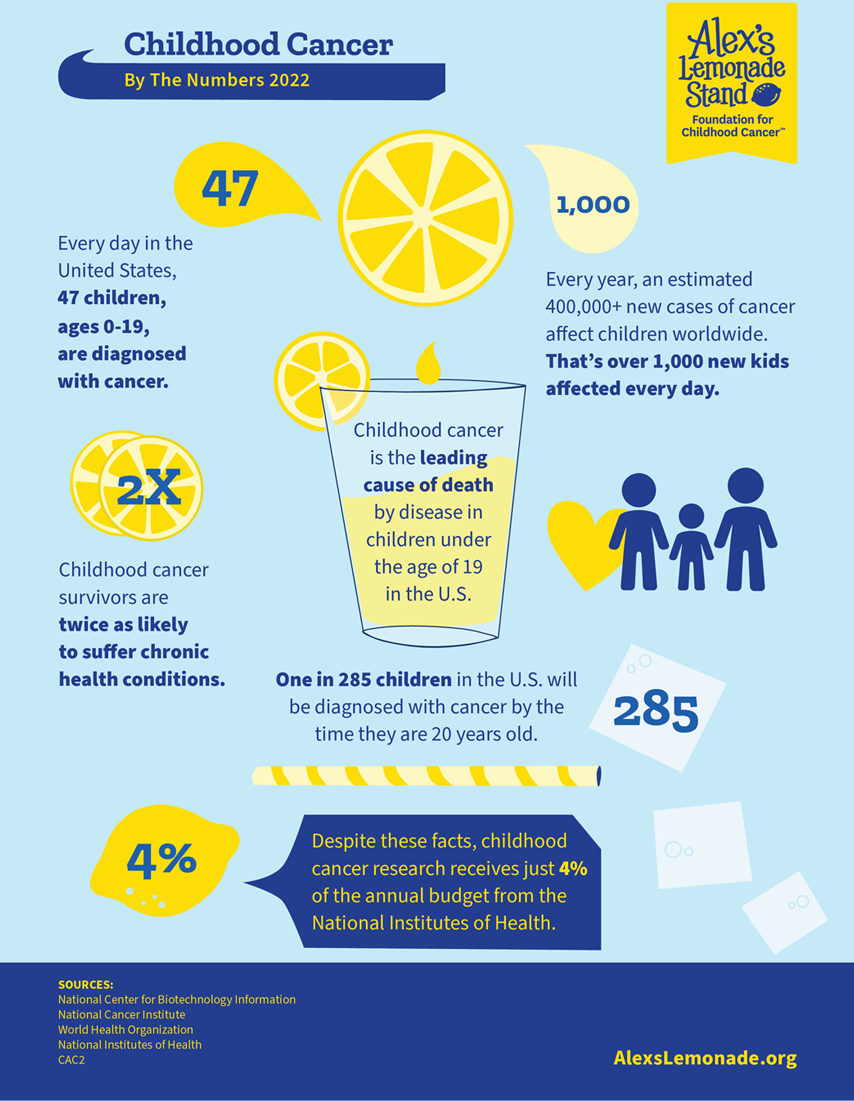 You can also view a kid-friendly infographic, “Did You Know? Childhood Cancer Facts For Kids”