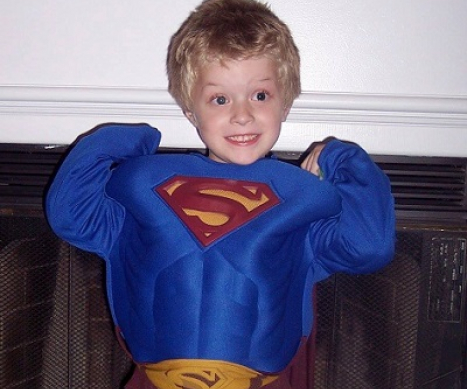 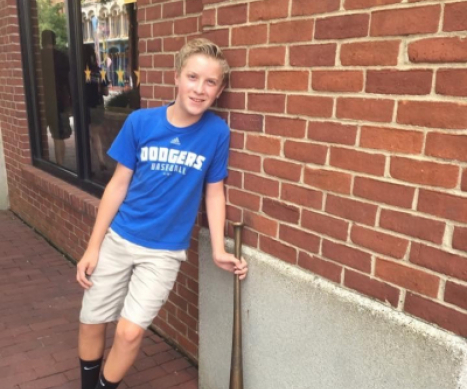 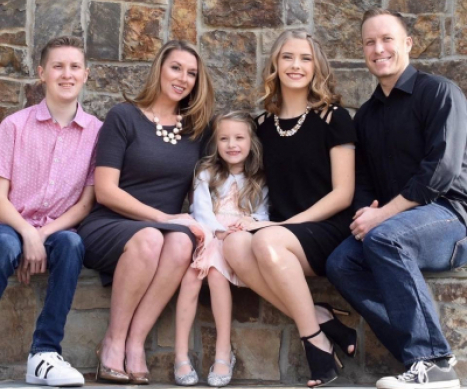 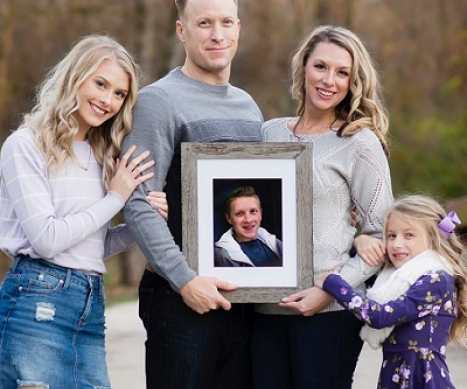 By far, Austin’s deepest love was with his mother Jeanette and his two sisters Kayla and Heidi. But Austin loved sports a lot. Not only could he name the starting quarterback on every American football team, he was only one of two freshmen to make his high school varsity golf team.

During a school tournament in 2017, Austin was seen on his way to the 18th hole by some club members. They started to laugh – Austin was struggling to carry his golf bag, and was walking with a limp far behind the rest of the kids. But not everyone was laughing. One man in the clubhouse happened to work with Austin’s dad and knew Austin’s situation. He stood on a chair and announced to the room exactly what Austin was doing: fighting cancer, going to weekly chemotherapy, going to school, and still getting out there, carrying a golf bag for his team. Hearing the reality of this 15-year-old’s life moved a room full of grown men to tears.

Austin was always a determined, active kid. So it was strange when, in the summer of 2016, he suddenly didn’t want to play baseball anymore.

At the time, Austin and his family were living in Southern California. His dad, Chris, was studying for his graduate degree in business while in the army. When Austin told his dad he wanted to stop playing baseball, Chris noticed his son was running with an abnormal gait. They decided to visit Austin’s primary care physician at Chris’s next work assignment in Kentucky.

The physician ran many tests, but believed nothing was wrong with Austin. At this point, Austin had started limping a lot. Six weeks later, Austin saw an orthopedic doctor, then a neurologist. There, they told Austin he may have a brain lesion and took him for an MRI. Everything changed after that. Chris delivered the news to his son himself: Austin had a brain stem tumor.

Instead of returning to school in January 2017, Austin underwent his first craniotomy. Afterward, he couldn’t use his arms or legs. He was scared, and asked his dad to help him walk again. Chris took all his vacation days to stay with Austin and do exactly that. Once Austin was back on his feet, he began chemotherapy. Then the first biopsy came back as a grade 1 benign tumor. Things were looking up.

By March, Austin was back in school and ready to take on the rest of the year. The port in his chest kept him from rejoining the baseball team, but it didn’t keep him from playing sports altogether. Despite having only swung a golf club a few times before in his life, Austin became one of only two freshmen to make the high school varsity golf team that year.

Unfortunately, as high school started in September, Austin began experiencing new issues. He was stumbling in the hallway, and his left hand felt so numb he stopped using it. A new MRI showed that the tumor had grown.

Austin’s condition worsened until he was bedridden with a feeding tube. They tried a radiation and chemotherapy combination, then mixed drugs for a few weeks, but eventually Austin lost use of the entire left side of his body. A test had come out in 2016 that could identify malignant cells that carry a mutation gene, so doctors were able to retest Austin’s biopsy from last year. Sadly, Austin was positive for the K27 mutation for DIPG, and was confirmed to have a grade 4 malignant tumor.

There was a clinical trial that required Austin to take an oral pill, but he had trouble swallowing because of the tumor. He underwent yet another craniotomy to try to relieve pressure. At first, the surgery seemed successful, but by day two they had to insert a breathing tube. Austin’s CO2 levels were too high to take him out of incubation. At the end of the third week, doctors and nurses who’d been part of Austin’s care pulled his parents aside. Sadly, there was nothing else they could do.

That Friday, on March 16, 2018, Austin passed away surrounded by his family. Five hundred people attended his funeral in California. He was awarded the rank of Eagle Scout by the Boy Scouts of America in December 2018. He was a blessing to his parents and especially Chris, who grew up in a house full of girls and always wanted a son. He inspired his older sister, Kayla, to pursue her dreams and become a Disney World performer. Austin is a hero, leaving behind nothing but good memories.

Chris hadn’t heard the story of Austin and the golf club members before his passing, but when his coworker told him, he realized Austin’s impact went way beyond their family. This was just the first ripple in the water. While looking into starting a foundation for Austin, Chris stumbled upon Alex’s Lemonade Stand Foundation (ALSF). Chris believes no one should have to say goodbye to their child the way his family did, and found ALSF shared his goal.

“It isn’t fair that kids with DIPG or other cancers have zero chance for survival,” said Chris. “I dug into Alex’s Lemonade Stand Foundation and realized they donate directly to the organizations you raise for. That’s what I wanted, and that’s what got me involved.”

Chris now acts as an ALSF ambassador in San Antonio, Texas and has spoken at events in the Midwest, including the Alex Gordon Classic. In the fall of 2018, he held the first annual golf tournament in Austin’s name and donated the proceeds to ALSF with plans to grow the event in consecutive years. He is also writing a book for parents going through the experiences of a childhood cancer diagnosis.

Chris hopes to keep sharing Austin’s story. Austin inspired others to be better and do more, and his fight can lead to a cure.

Donate in Honor of Austin Today!