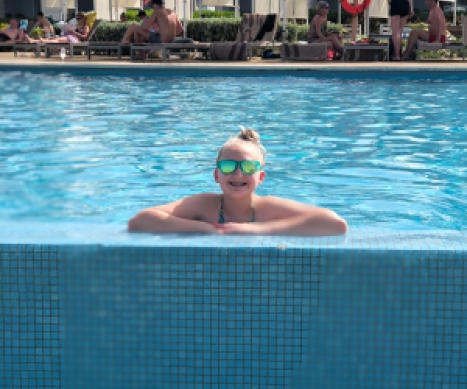 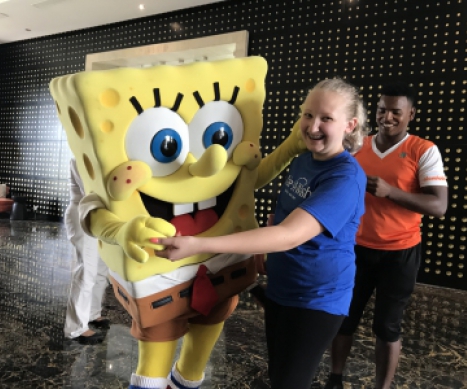 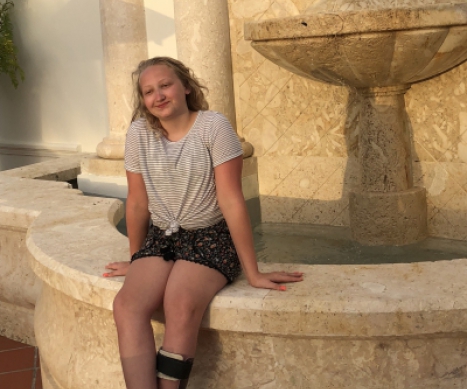 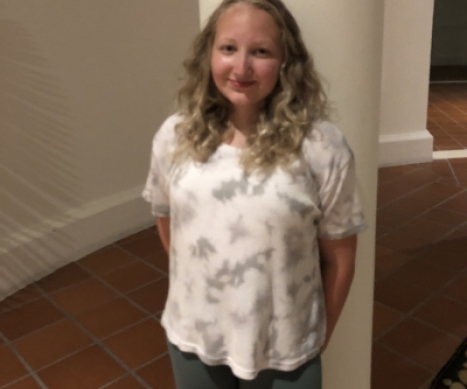 Maddie was 8 years old when she began having unexplained pain, tingling and numbness in her left leg. An X-ray revealed something no one expected: metastatic Ewing sarcoma. Maddie had a softball-sized mass in her left hip and nodules in her lung. Treatment—chemotherapy, radiation and surgery—gave Maddie the cancer-free status she was determined to have.

“We thought, we got this, let’s just move on. But then she relapsed," said Amy, Maddie’s mom.

Two years later, a routine follow-up revealed the cancer was back in Maddie’s other lung. Again, Maddie went through surgery to remove the nodules, and was given chemotherapy and radiation. And again, Maddie would be cancer-free, only to relapse two years later. At 12 years old, Maddie was battling cancer for a third time. To survive, her medical team turned to clinical trials, funded by ALSF.

First, Maddie enrolled in a vaccine trial at the Cleveland Clinic, led by ALSF-funded researcher Dr. Peter Anderson. Once a week, Maddie traveled from upstate New York to Cleveland to receive a dose of a vaccine made from her own cells in conjunction with oral chemotherapy. The trial worked, at first.

Within a few months, the Ewing sarcoma was back. Dr. Anderson directed the family to another clinical trial, this one for a drug called Pazopanib, which had been approved by the FDA for adult soft tissue sarcomas. ALSF-funded researcher, Dr. Julia Glade Bender led an early-phase trial of the drug for use in children with Ewing sarcoma. Again the experimental treatment seemed to work, but then Maddie relapsed—this time in her brain.

Maddie had brain surgery—and only weeks later she attended her first day of high school.

Now, Maddie, an honor roll student, is waiting for a cure. Her cancer remains stable. Her parents and team continue to search for the drug that will be Maddie’s miracle cure.

Maddie and her family also raise awareness and funds for more research throughout the year. Together with their community, Maddie’s Million Mile team raised over $40,000 for ALSF in 2018. They have one wish: the right clinical trial that gives Maddie a cure.

We are sad to report that Maddie Shaw passed away in November of 2019.

Donate in Honor of Maddie Today!