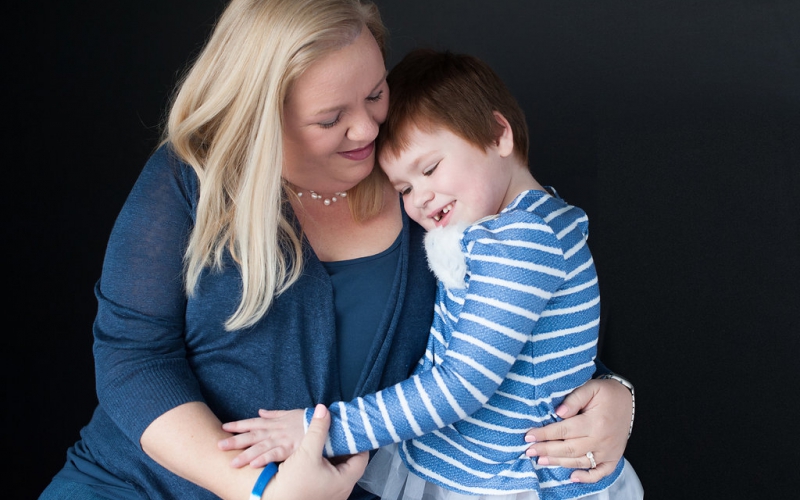 Ruth Ciamarra and her daughter, Anna.

Moments before Ruth Ciamarra found herself lying on a gurney next to her 5-year-old daughter Anna, doctors announced that Anna had leukemia and needed treatment immediately.

“My hearing went out; I was pretending to listen and nodding along with everything the doctor said. Then I interrupted the doctor and said ‘I’m about to pass out,’ as I tilted backward,” said Ruth.

Earlier in the day, Ruth took Anna to her pediatrician to rule out a strep throat infection. Her symptoms did not seem particularly serious and Ruth expected a routine diagnosis, so she left her husband at home with their other daughter. There was a fever that came and went, causing Anna, who just started Kindergarten, to be sent home from school a couple of times.

At the pediatrician, the doctor felt Anna’s abdomen and observed that she had an enlarged spleen. He gave her a rapid mononucleosis test. The test was positive. The doctor sent Ruth and Anna on their way with a diagnosis of “mono.”

But something about the diagnosis did not seem right to Ruth. Trusting her gut, she drove to the nearest children’s hospital. After several hours and tests later, the family had a diagnosis: high risk T-cell acute lymphoblastic leukemia (ALL).

When Ruth and Anna left the house that day, they never thought they’d end up in the Pediatric ICU with a leukemia diagnosis.

“Now, I am dealing with this world I did not know anything about,” said Ruth. 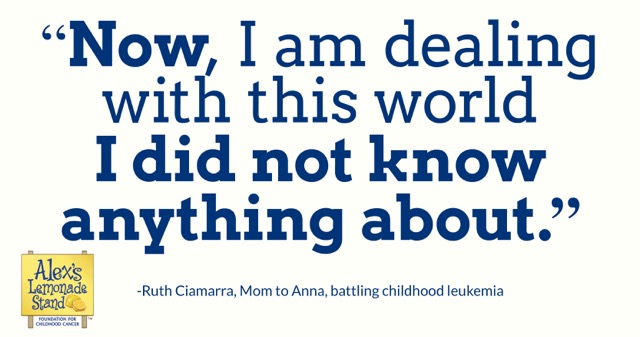 Everything moved quickly. After regaining her bearings, Ruth called her brother and husband—who both were equally shocked at what was happening. It would be months before Ruth could say the word, “cancer”; it was simply too hard to believe this was happening to her daughter.

Anna quickly began treatment to stabilize her condition. After 10 days in the PICU, Anna started the marathon treatment protocol for ALL—2 years of in and outpatient therapies that include chemotherapy, lumbar punctures, transfusions and constant diagnostic testing to make sure Anna is tolerating and responding to the treatment.

As Anna continues treatment, the Ciamarra family is also using their newfound life as a childhood cancer hero family to raise awareness and funds by hosting lemonade stands.

“I’m never going to be a researcher—but there are so many things I can do to facilitate that research with ALSF and awareness,” said Ruth.

Anna is now 7-years-old and 18 months into her treatment. The Ciamarra family hosts lemonade stands and is planning a stand with their school. In addition, the family is serving as one of the 2017 National Lemonade Days Hero Ambassadors. Read more about Anna’s story here.