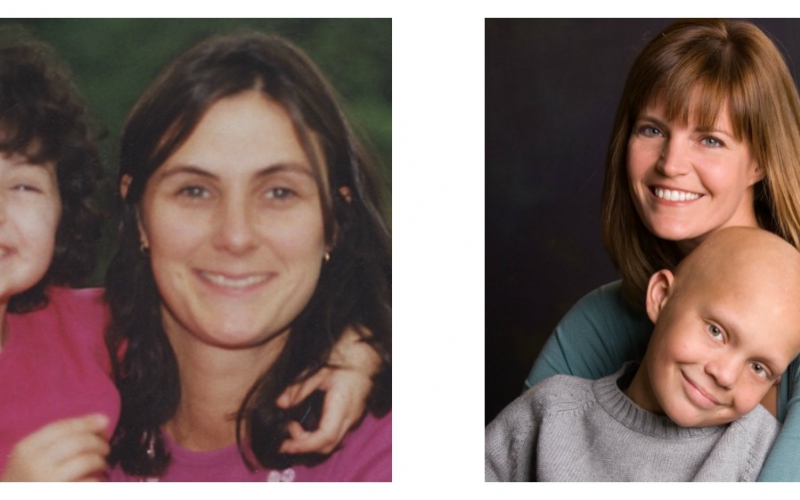 Liz Scott and Allison Clarke are two moms on a mission to cure childhood cancer.

In 2000, 4-year-old Alexandra “Alex” Scott asked her parents to help host her first lemonade stand in her front yard. Alex had been battling neuroblastoma since just before her first birthday and wanted to do something to help other kids battling cancer feel better. Alex raised over $2,000 at her first stand and kicked off a legacy of lemonade stands and hope.

Nine years later, 10-year-old Quinn Clarke was fighting his second battle with cancer. Like Alex, he asked his parents to help him do something to help other kids. Quinn wanted to hold a kickball game to raise money for research. More than 500 people came to support him and he inspired a movement! People everywhere, even in Australia, began to hold kickball games to support childhood cancer research.

Now, these organizations started by two amazing childhood cancer heroes have come together to find cures for childhood cancer, one kick at a time! Kick-It, a national charitable athletic campaign for childhood cancer research has officially joined the Alex’s Lemonade Stand Foundation family. We chatted with Alex’s mom Liz Scott and Quinn’s mom Allison Clarke about this new amazing partnership.

Both Alex and Quinn battled childhood cancer. Tell me about your children and their fight against cancer.

Liz:
Alex was a determined, courageous, confident and inspiring child with big dreams and big accomplishments. After her first surgery for neuroblastoma,  doctors told us it was doubtful Alex would ever walk again.  Just two weeks later, Alex slightly moved her leg at our request. I think that shows her determination was always there. Later, she became determined to hold lemonade stands and give the money to her hospital. And when those efforts took off, but her own health was failing, she became still more determined to raise $1 million dollars before her death—and she did it. 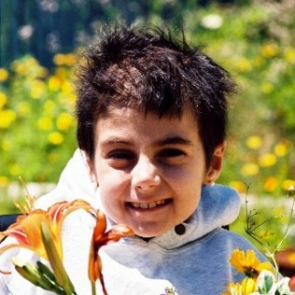 But Alex is more than just a girl who battled cancer. She is my daughter and a sister and a cousin and a niece and a granddaughter. She loved fashion and Junie B. Jones and her dog Shammy and her cat Herbert. Her favorite colors were blue and purple. We miss her every day.

Allison:
At 6-months-old, Quinn was diagnosed with neurofibromatosis type 1, a genetic disorder that causes tumors to grow along the nervous system. Most tumors are benign, but some can be cancer.  At 20-months-old, Quinn was diagnosed with rhabdomyosarcoma, a type of soft tissue cancer. He immediately underwent surgery to remove the tumor followed by a year of chemo and radiation. 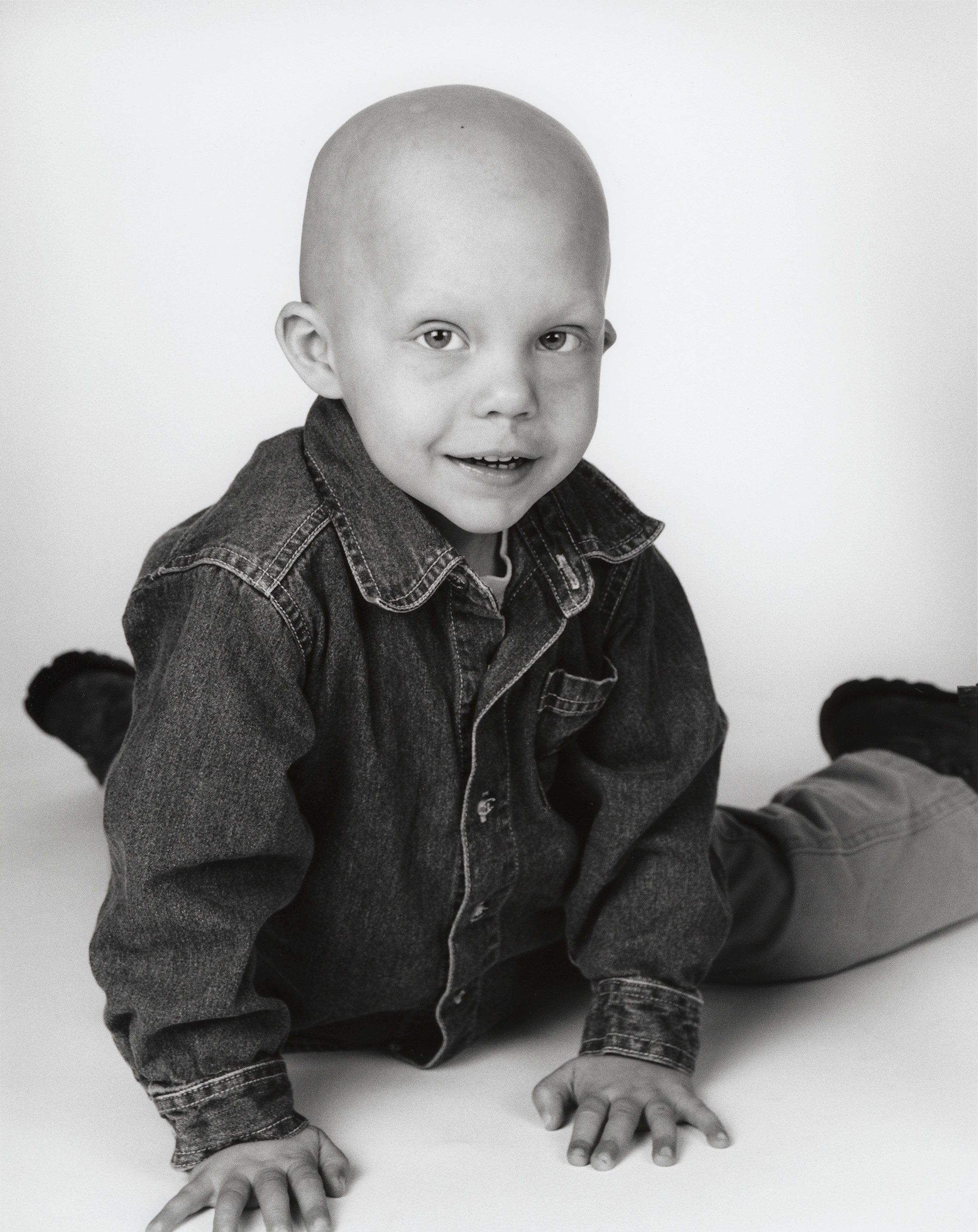 He was relatively healthy until age 10 when doctors found a large MPNST (malignant peripheral nerve sheath tumor) in his hip. Chemotherapy was not effective and doctors sent him home on hospice. We ended up at MD Anderson for proton radiation therapy and then surgery to remove the tumor and his hip. After surgery, Quinn started an experimental drug. Doctors don’t know if the drug has kept Quinn cancer free or if he is in the 3% of MPNST kids that survive. Quinn had a long recovery process learning to walk with only one hip – which then led to a curve in his spine and spinal fusion surgery.

Quinn is now a 17-year-old high school junior. He also loves to ski, which he re-learned to do through an adaptive ski program. Despite physical limitations, he never complains, works hard and takes life as it comes! He continues to do well in school and is excited to go to college.

How did battling cancer change your family?

Allison:
It’s hard to quantify how cancer has changed our family. On the positive side, it has made us grateful for each day we have together and we don’t wait to take vacations and do fun things with the kids. Kick-It would not exist if we didn’t experience the world of childhood cancer and it has been personally fulfilling to help others. On the other hand, we all worry that Quinn’s cancer will return and sometimes those emotions can be difficult to manage.

Liz:
It is hard to say how cancer changed our family because it has been a part of our lives since our family was very young. In addition to losing our daughter, there are many other things cancer took from our family-- worrying and some level of anxiety became a way of life for all of us, which shapes you as a person. On the other hand, we have seen firsthand what has been gained and the good that can come from something so tragic. Alex’s life and legacy are something our whole family is proud of and she gave us a way to continue to have her in our lives; we know how lucky we are in that regard.

Liz, what about Quinn reminds you of Alex?

Liz:
Like Alex, Quinn was determined to help other kids which took an extraordinary level of leadership in that you have to look past your own pain and challenges to see that others are suffering also. Like Alex, he believed that his age was a not a barrier to making a difference and he created an easy way for people of any age to get involved and contribute to the fight against childhood cancer. 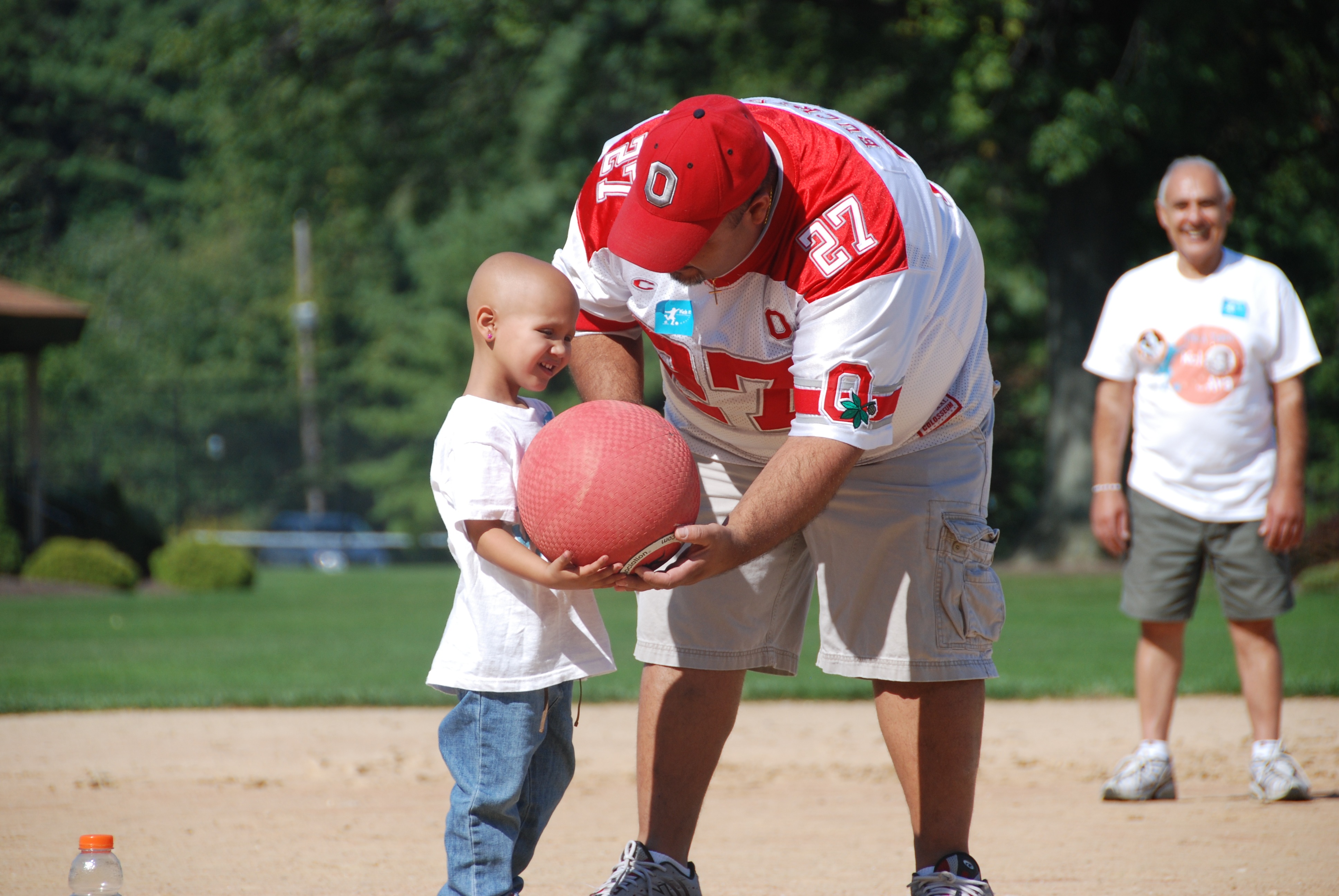 Allison, what about Alex reminds you of Quinn?

Allison:
I wish I had the opportunity to meet Alex! I think Alex and Quinn inspired others to get involved because of their belief that anything is possible. The optimism and innocence of kids fighting cancer are amazing. They both wanted to do something to help other kids with cancer and weren’t focused on their own situations.

What makes the ALSF and Kick-It partnership, so great?

We have deep admiration for Liz and Jay, both as the co-executive directors of ALSF and as people. We have been co-funding research with them for years and knew that they had the ability to take our Kick-it program to the next level. Working together, we can have an even bigger impact!

Liz:
Kick-It and ALSF are such an amazing match. We are inspired by Allison and her husband Kip and just connect on so many levels as parents. We love their energy and how fun they are to be around but recognize how serious they are about making a difference for this cause. I think it is pretty clear why people have gravitated to their family to create the Kick-It movement. The atmosphere of a Kick-It kickball game is fun, positive and inspirational! It so much like an Alex’s Lemonade Stand.  And I think the Kick-It Champion program is such a smart way to leverage the dedication of student-athletes to their sport by turning their accomplishments into funds raised for childhood cancer research.

Curing childhood cancer can seem like an impossible goal at times, but Alex believed that if we all work together, “we can do it.” Today, I know that is true more than ever and could not be more honored to be work together with Allison, her team and everyone involved with Kick-It to reach that goal!

Kick-It, formerly a program of Flashes of Hope, is a national charitable athletic campaign to raise money for much-needed childhood cancer research. Kick-It partnered with Alex’s Lemonade Stand Foundation (ALSF) this year in order to further the vision of a 10-year-old boy with cancer who wanted to help other kids like him. This partnership emerged from their similar beginnings as both charities were founded by children battling cancer. Kick-It encourages supporters to host charity kickball games in their communities. It also partners with student athletes through its Kick-It Champions program. Athletes dedicate their season’s performance to Kick-It and raise awareness and funds for research. Learn more and host your own Kick-It game here.