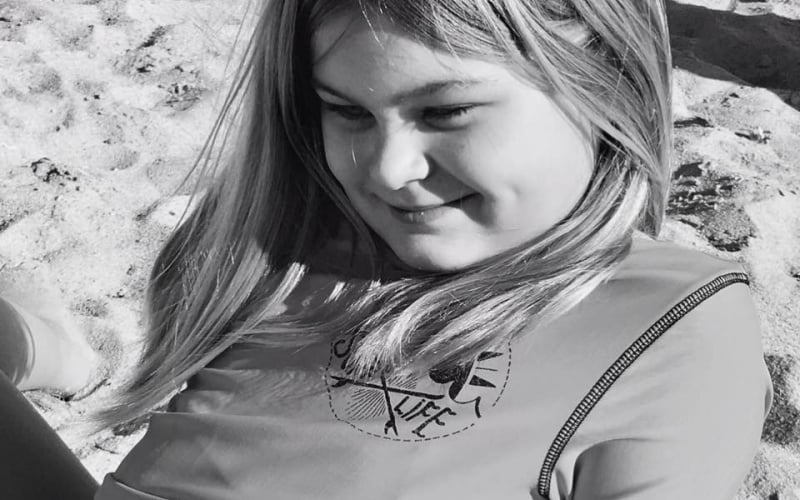 Maddie spent Valentine’s Day 2017 in surgery to remove a tumor from her spine, marking her third tumor resection in as many years.

When you meet 8-year-old Maddie Davis, you might notice the pink highlights in her hair, her adorable dimpled smile and her advanced vocabulary (she reads at the 9th-grade level).

If you look closer, you might notice the silvery scar that snakes down the back of her neck or the way her right leg turns in just a little when she walks.

And if you ask her where she spent last Valentine’s Day, you will find out what makes this little girl a warrior.

Maddie spent Valentine’s Day 2017 in surgery to remove a tumor from her spine, marking her third tumor resection in as many years. She returned to school, 8 days after spinal surgery. 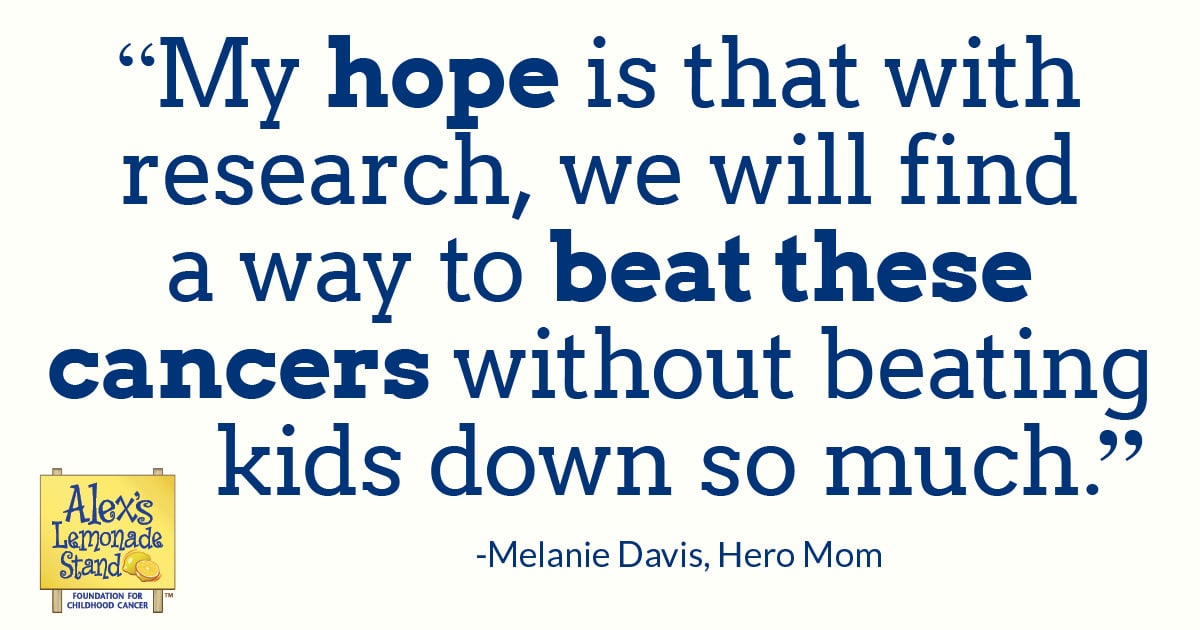 “What’s the point of being discharged, if I cannot go to school,” she told her mother.

Maddie began her battle with ependymoma, the second most common type of brain and spinal cord tumor in children, when she was just 5-years-old. She had surgery to remove the tumor in the posterior fossa* of her brain and followed with proton radiation treatment. For two years, Maddie was cancer-free until a routine scan caught her first recurrence in early 2016.

“We were devastated for the second time,” says Maddie’s mother, Melanie Davis.

The tumor recurred in the original tumor bed. Again, Maddie had surgery and then joined an immunotherapy trial with Dr. Ted Johnson at the GRU Medical College of Georgia in Augusta, Georgia, 460 miles from her home in Virginia.

But, then the pain started in Maddie’s hip. For months, Maddie complained of pain on and off. After several x-rays and visits with physical therapists and orthopedists, Melanie asked for a spine MRI to see if there was a tumor.

“I just had a feeling that Maddie’s hip pain was something more,” said Melanie.

And it was. Maddie had a tumor in her lower spine from L2 to L5, the five vertebrae that make up the lumbar spine. Now, Maddie is battling recurrent metastatic brain cancer. Her cancer has spread.

This time around, Maddie’s treatment remains the same: surgery, radiation and continuing on the immunotherapy trial with Dr. Johnson. Dr. Johnson’s research has been funded by ALSF and continues to study the potential of immunotherapy, a highly precise treatment that aims to recruit the body’s immune system to attack cancer. For Maddie, this treatment has offered a high quality of life—despite the distance. Her treatment side effects have been minimal and all treatments are outpatient, allowing Maddie to stay in school and with her family.

Doctors, researchers and parents are dedicated to finding treatments that are effective, while allowing children do the normal things they love—return to school, spend time with their families, go to birthday parties and above all, be happy.

“My hope is that with research, we will find a way to beat these cancers without beating kids down so much,” said Melanie.

Update: Sadly, in May 2020, Maddie passed away from her cancer. 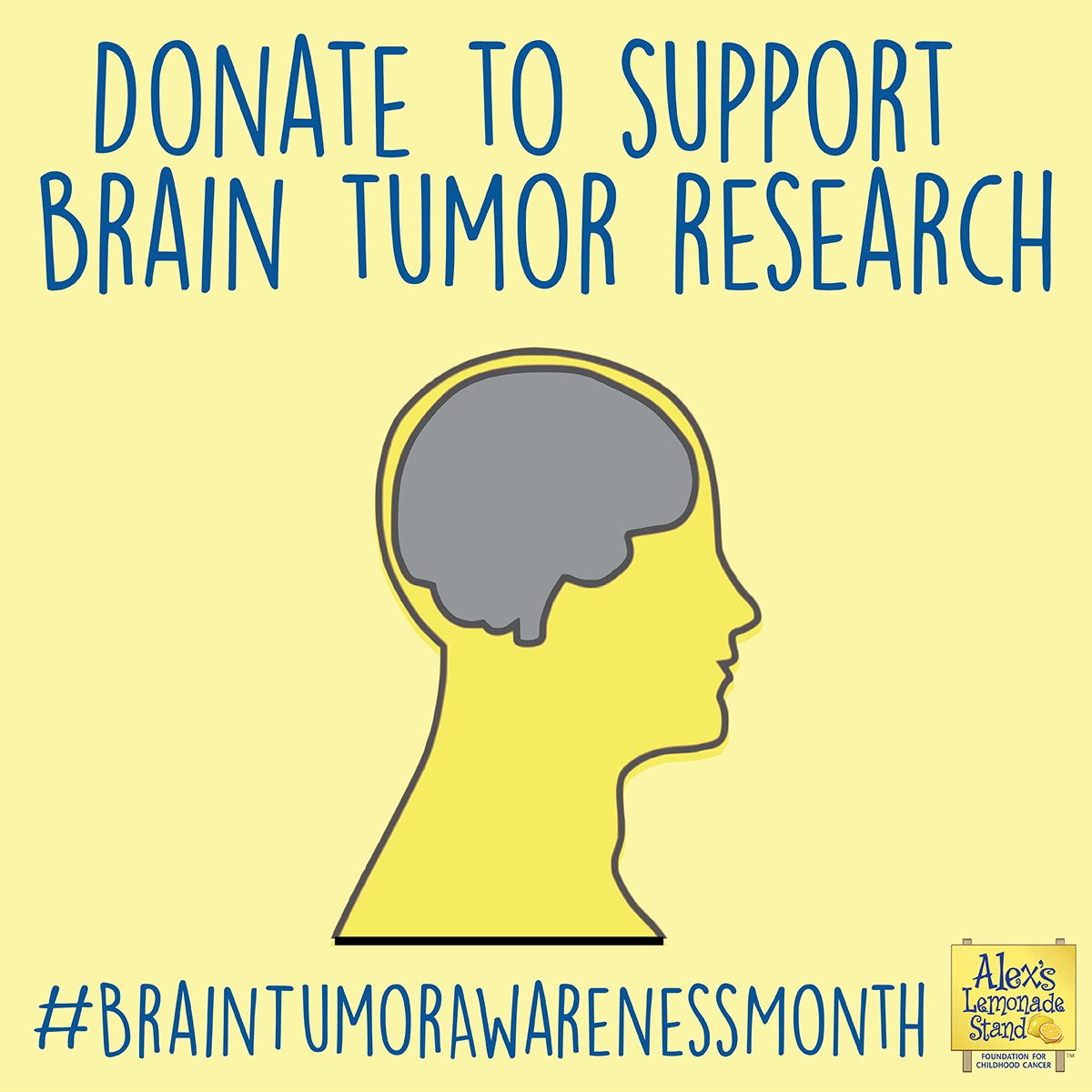 May is Brain Tumor Awareness Month. Brain tumors are the most deadly form of cancer in children. All month-long, the ALSF blog will share stories on the forefront of pediatric brain tumor research. To learn more about ALSF-funded brain tumor research projects visit here.

* The posterior fossa is located in the back of the brain and contains the cerebellum (which controls movement and balance) and the brainstem (which controls vital functions like blood pressure and breathing).