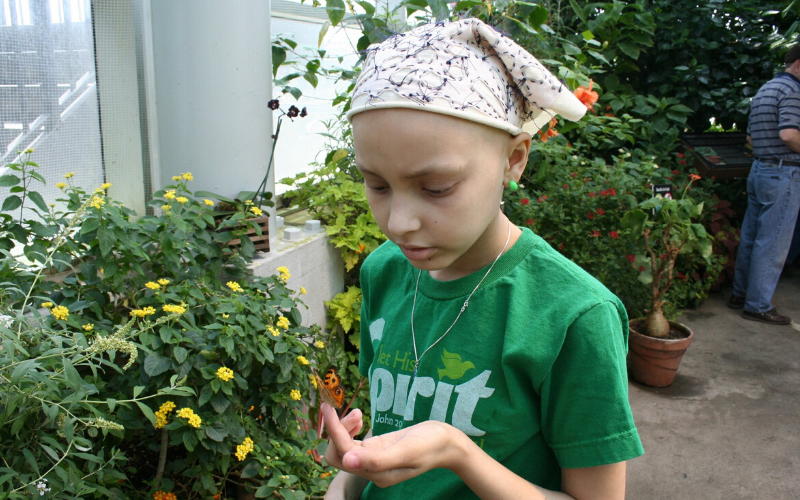 Taylor was just 11 years old when she was diagnosed with osteosarcoma.

Taylor was just 11 years old when she was diagnosed with osteosarcoma, a bone cancer and one of the most common types of pediatric sarcomas.

Treatments seemed to work for a little while, but then the cancer spread to Taylor’s lung. After the lung was removed, Taylor enrolled in a clinical trial at Texas Children's Hospital that was made possible by an infrastructure grant from Alex's Lemonade Stand Foundation (ALSF). Her family then waited, desperate for a cure.

The trial worked. Now, 14 years after her diagnosis, Taylor is cancer-free, a pediatric nurse in Alabama and just celebrated her 1-year wedding anniversary.

About 1,630 children and adolescents receive a sarcoma diagnosis each year. There are more than 100 different subtypes divided into two major categories: bone and soft tissues sarcomas. For kids like Taylor, front-line treatment does not always work, meaning families must look for other treatment options in hopes of a cure.

Here are five things you need to know about pediatric sarcomas and how you can get involved with finding safer treatments and cures:

1.    Pediatric sarcomas are a diverse type of childhood cancer, with more than 100 histologic subtypes of sarcomas.

These tumors are classified as sarcomas because they are of mesenchymal stem cell origin. These stem cells can differentiate into bone, cartilage and muscle cells which is why sarcomas typically arise in the connective and supportive tissues of the body.

2.    While all sarcomas share some similarities, there are two major categories: bone and soft tissue sarcomas, based on where they typically arise.

Ewing sarcoma, osteosarcoma and rhabdomyosarcoma are three of the most common types of pediatric sarcoma.

3.    Sarcoma cure rates lag behind many other types of pediatric cancer.

4.    On a molecular level, sarcomas can be fusion-positive or fusion-negative, and understanding fusion status can guide therapeutic decision-making.

5.    Because sarcoma research is so important, Alex’s Lemonade Stand Foundation (ALSF) launched the Crazy 8 Initiative to empower collaborative research teams to tackle some of the most pressing problems in childhood cancer research today.

Two of the eight areas of emphasis for this initiative are pediatric fusion-positive and fusion-negative sarcomas. Awards of up to $5 million will be awarded to research projects in 2021. Learn more about the Crazy 8 Initiative here.