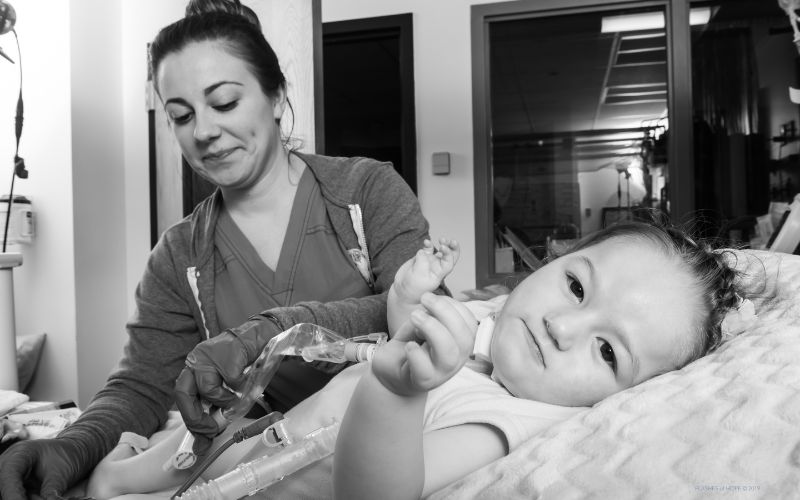 “It is so powerful for me to witness the strength of these kids and the love they are surrounded by through their families and their medical team,” said Nat Clymer, a Flashes of Hope photographer.

The photographers who volunteer for Flashes of Hope, a program of Alex’s Lemonade Stand Foundation, go to one of the most difficult places to capture some of the most special images: pediatric oncology hospitals.

One Flashes of Hope photographer, Nat Clymer, recalled one of his photo shoots with a little girl named Kennedy who was in the hospital with terminal cancer. During the shoot with her family, Kennedy hadn’t made eye contact with Nat or her family members the entire time. Still, Nat was able to capture some special images for her family.

After the shoot, Nat was packing up and Kennedy’s nurses were getting her comfortable in her hospital bed. Nat looked up and there was Kennedy, locking eyes with him.

“In those moments, I knew she was thanking me. It was so powerful and that feeling is so rare and cherished. Kennedy gave me such a wonderful feeling without saying anything,” said Nat.

After those moments with Kennedy, Nat went out in the hallway and cried. He said he cries after so many shoots, not because of being sad, but because of those unbelievable moments of human connection.

“It is so powerful for me to witness the strength of these kids and the love they are surrounded by through their families and their medical team,” said Nat.

The powerful moments work both ways. Since its founding in 2001, Flashes of Hope has partnered with more than 70 pediatric hospitals and dozens of summer camps for children with cancer and presented free photo packages to over 87,000 young patients and their families.

Families who have experienced a Flashes of Hope session often share the joy of the time spent together and the recording of their children as the children they are, despite going through a scary and uncertain diagnosis.

“I never thought that I would want any part of this journey documented, but we signed up anyway. What these pictures show is that behind the sickness and chemotherapy is our sweet little girl. Regardless of what she’s going through, she is still the same silly toddler as she was pre-diagnosis,” said one mother, whose daughter was photographed following a leukemia diagnosis. 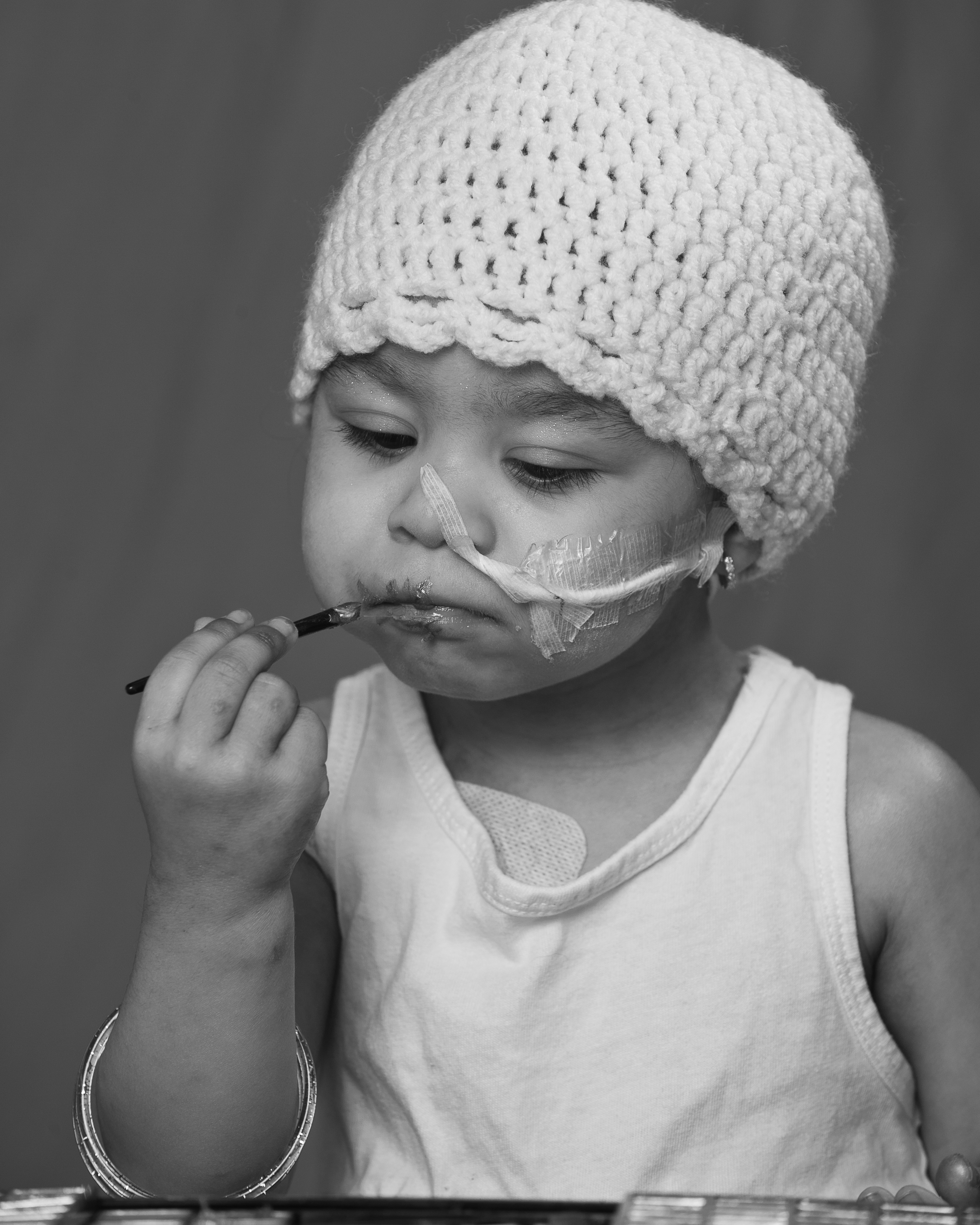 Nat says his job is to sprinkle stardust around, help families have some fun and encourage kids to play while having their photoshoot.

He recalled one little girl, who was just 2 years old and was playing with a lipstick the make-up stylist for the photo shoot had brought along. The little girl was concentrating so much in her sweet, toddler way to get the lipstick on perfectly. Of course, she did not, but Nat was able to capture the perfection of the moments with the girl and her lipstick—images her family will cherish forever.

“Photography is not objective. You determine what's inside the viewfinder and what’s outside,” said Nat. This is particularly important when taking photos of families in a hospital room and trying to capture the child, not the diagnosis and all the burdens that brings.

Nat shared one story where his professional life, as a commercial photographer crossed with his volunteer life for Flashes of Hope. He received a call from a woman looking for commercial images he had taken for a university and somehow in the conversation he mentioned Flashes of Hope. The woman became quiet and then told him, that her daughter once had a photoshoot with Flashes of Hope and those photos are her daughter’s favorite of herself.

“Good photos are stored in your heart,” said Nat.

END_OF_DOCUMENT_TOKEN_TO_BE_REPLACED

At 14 years old, Brady was a kind-hearted big brother who fought cancer with all his strength. After experiencing arm pain and weakness, several viruses and chest tightness, Brady began treatment for osteosarcoma. Sadly, he passed away on May 26, 2019.
Read more »